Bird flu virus was detected in around 50 crows whose carcasses were found in Indore in Madhya Pradesh last week, prompting authorities to issue an alert. 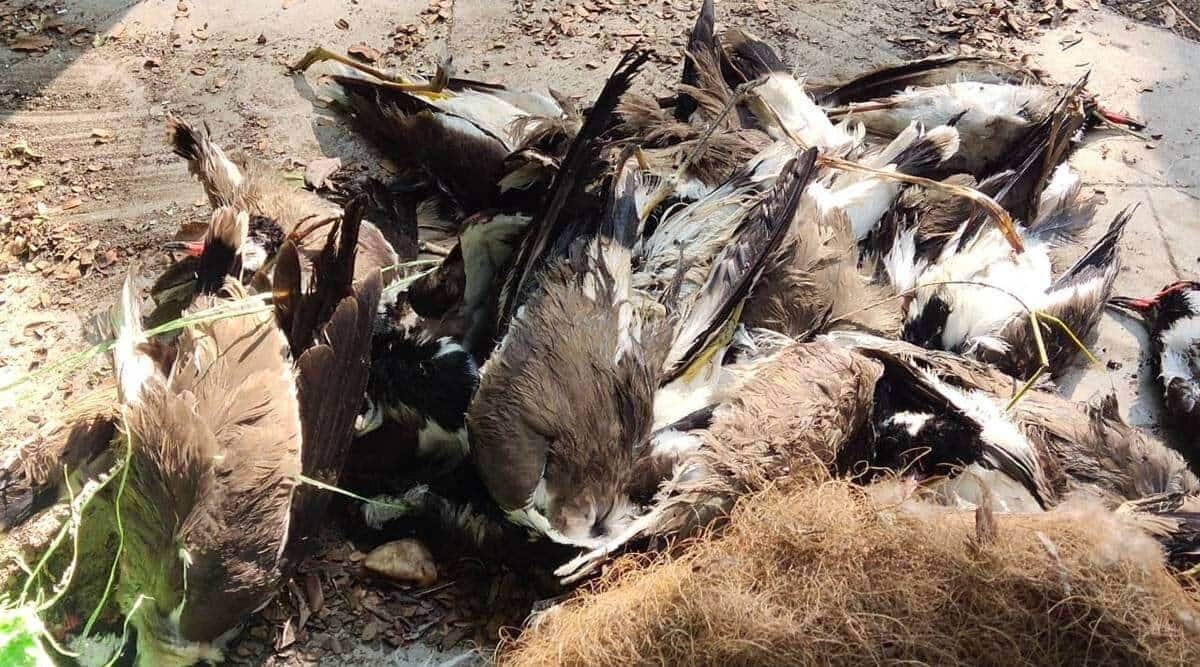 Cases of bird flu have been reported among wild geese in Himachal Pradesh, crows in Rajasthan and Madhya Pradesh, and ducks in Kerala. (Representational image)

RT-PCR testing of samples of five dead Bar-Headed geese conducted at the National Institute of High Security Animal Diseases (NIHSAD) in Bhopal found all birds positive for the H5N1 avian influenza virus, according to the report.

Around 1,800 migratory birds, most of them Bar-Headed Geese, have been found dead in the lake sanctuary so far.

“The laboratory at the Indian Veterinary Research Institute (IVRI) in Bareilly had detected avian influenza in the samples of dead birds, according to information conveyed to us by the Centre Monday. We were awaiting confirmation by NIHSAD as it is the nodal body for detecting this disease,” said Principal Chief Conservator of Forests (Wildlife) Archana Sharma. She added that the Northern Regional Disease Diagnostic Laboratory in Jalandhar has also suspected avian influenza in the bird samples.

Dr VK Gupta, joint director of the Centre for Animal Disease Research and Diagnosis (CADRAD) at IVRI Bareilly, where the preliminary testing was conducted, said the samples had tested positive for antigens associated with influenza. The samples were then sent to the laboratory in Bhopal for a confirmatory test and to identify the type and strain of the virus, he added.

Director of animal husbandry Dr Ajmer Dogra said that the department has formed a rapid  response team to deal with the suspected epizootic.

Bird flu is a highly infectious and severe respiratory disease in birds caused by the H5N1 influenza virus, which can occasionally infect humans as well, although human-to-human transmission is unusual, according to the World Health Organisation.

Birds in large numbers have been dying mysteriously across the country in recent days. In neighbouring Haryana, around a lakh poultry birds are reported to have died in Barwala in the last few days, while in Rajasthan, the death of a number of crows in Jhalawar has been linked to avian influenza. Samples of some ducks in Kerala have also reportedly tested positive for the bird flu.

She said more than 90 per cent of the dead birds were Bar-Headed Geese, the most common migratory species at the lake who arrive here from Central Asia, Russia, Mongolia and other regions in winters after crossing the Himalayan ranges. There are 8-9 other bird species whose members have been found dead. Last year, more than one lakh migratory birds had camped at the lake by late January and this year, more than 50,000 have arrived so far.

The dead birds are being disposed off as per bird-flu protocol, officials said, adding that no such deaths have been reported so far from other water bodies in the state.

The Pong reservoir and and an area of radius one kilometre around its periphery has been declared an alert zone, in which no human and domestic livestock activities are now allowed and the movement of tourists as well as local residents has been banned, according to an order issued by Kangra DC Rakesh Prajapati under the Disaster Management Act. The next 9 km after the alert zone comprise a surveillance zone, and all tourism activity in the reservoir area has been suspended.

The DC has also prohibited slaughtering, sale, purchase and export of any poultry, birds, fish of any breed and their related products including eggs, meat, chicken etc. in Fatehpur, Dehra, Jawali and Indora subdivisions of the district. He said that shops selling these products will also remain closed in these subdivisions.

Wildlife, veterinary and animal husbandry staff across the state have been put on alert and asked to immediately report the death of any bird or animal. The Gopalpur zoo in Kangra, which is situated near the Pong Lake, has been put on high alert.