Uttarakhand avalanche: As Uttarkashi counts the dead, families of climbers brace for worst 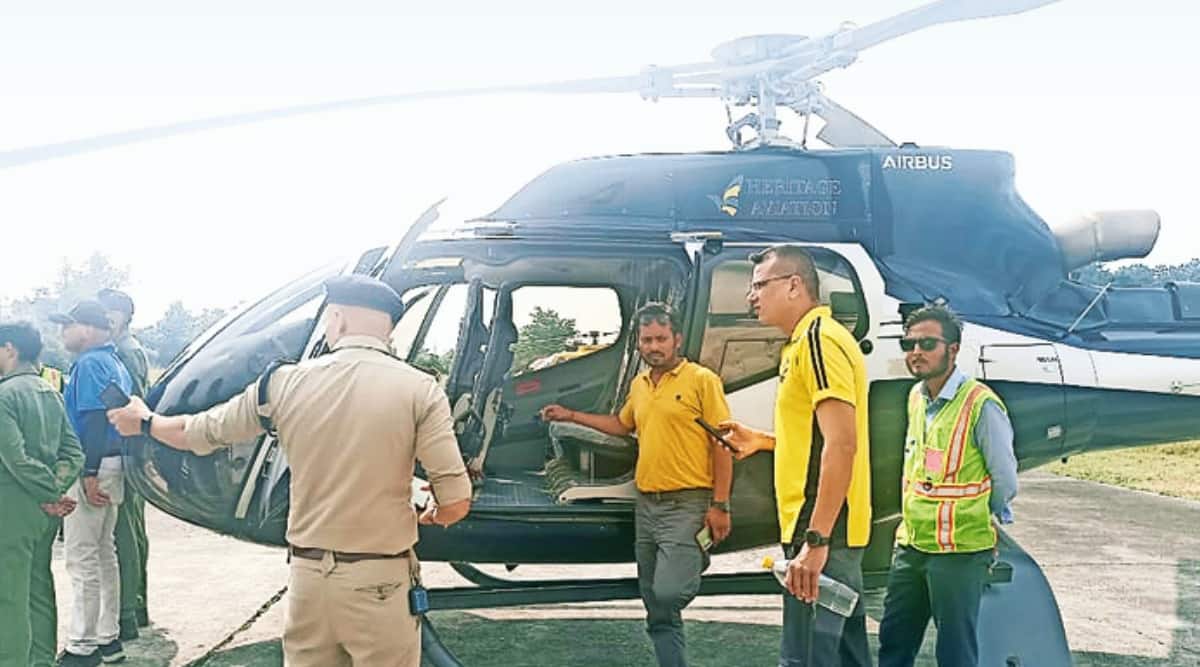 These are the numbers staring at several families that have reached the Nehru Institute of Mountaineering (NIM) at Uttarkashi in Uttarakhand over the past three days. Some are still hanging on to a fading sliver of hope, others are waiting for those numbers to turn into words they don’t want to hear.

Also Read |Uttarkashi avalanche: There was little we could do, says survivor; death count rises to 16

“The last time I spoke to my husband was on September 23. He said that for the next 15-16 days, he will not be able to talk to us as he will be out of the network area,” says Kamna Singh.

Kamna’s husband, IAF Sergeant Amit Kumar Singh, was among the 41 mountaineers who were hit by an avalanche near Draupadi Ka Danda-2 (DKD-2) peak on Tuesday morning. But he was not among the 12 rescued. And of the 26 bodies recovered, including ten on Friday, only that of two female trainers — Naumi Rawat and Savita Kanswal — have been identified. There is no word yet on three others.

Distressed and barely able to speak, Kamna says her husband “had completed his basic training in 2019 and left for NIM in September”. The Jaipur-based couple has a two-year-old daughter.

The family of Haryana resident Nitish Dahiya (20), who was the youngest in the group, has no words to convey. They are among those who are being accommodated on the NIM campus.

Then, there are those who are on their way.

“I am still waiting to get some information about my younger brother. He’s just 23,” says Kuldeep Singh, the elder brother of Arjun Singh Gohil who has not been traced. Speaking over phone from Bhavnagar in Gujarat, Kuldeep says he is “in constant touch with them (the authorities)”.

“Arjun used to help the family in their farm but he was most passionate about mountaineering,” says Kuldeep.

“Our team had people from the government, Army, Navy and Air Force — and some from DRDO (Defence Research and Development Organisation). Some of them had completed basic training and waited as long as six years to get a slot for advanced training,” says Rohit Bhatt (21), an ITI-diploma holder from Tehri Garhwal who completed his basic training at NIM last October. Bhatt was among the 12 rescued.

Also Read |Draupadi-ka-Danda-II peak avalanche: How a headache saved the life of a young Pune-based mountaineer

According to NIM officials, the climbers hail from across the country: West Bengal, Delhi, Telangana, Tamil Nadu, Karnataka, Assam, Haryana, Gujarat, Himachal Pradesh, Uttarakhand and Uttar Pradesh. “But many in the group were local youths interested in mountaineering. All the members were between 25 and 35 years of age,” says an official.

Army personnel move towards the avalanche site in Uttarkashi to carry out rescue operations, Thursday. (PTI via @suryacommand/Twitter)

Naib Subedar Anil Kumar, who was one of the instructors rescued, says the 41 were part of an advanced training batch. “Many of those who come for the basic course are people who have not undergone any training in mountaineering. Once the basic training is complete, sometimes it takes a few years to get a slot for advanced training,” says another NIM official.

Shashi Bahuguna, a mountaineer who runs Bohemian Adventure in Dehradun, says several clearances are required before a team embarks on a climbing expedition.

“First, we need to book a peak for the given dates. We need to pay a fee to the Forest department and take permission from the Indian Mountaineering Foundation (IMF) after giving them details of the climbers. To climb the peak, advanced training is the minimum requirement for most of the team members. Only one person with basic training is allowed per team. The person going on an expedition must be trained in rock climbing, river crossing, snow crafting, ice crafting and rope fixing,” says Bahuguna.

According to officials, the team that got hit by the avalanche was undergoing a 28-day advanced course that started on September 14. “In the first few days, they were given a refresher basic course and then advanced training. The last leg of the training included staying at a camp set up near the Dokriani Bamak glacier for around 10 days and then climbing the DKD-2 peak. A base camp was set up at 12,600 feet for them to climb DKD-2, where mountaineers have been going for the past 50-55 years,” says an official.

At present, there are at least six institutes that provide basic and advanced mountaineering courses in the country. But NIM, where three-four batches undergo training every year, is the only institute that provides training in rescue operations, too.