Former PM Atal Bihari Vajpayee dead: Former prime minister Atal Bihari Vajpayee and BJP stalwart passed away at the All India Institute of Medical Sciences in the national capital on Thursday. He was 93. The premier institute, where a stream of leaders across party lines visited Vajpayee since morning, announced his death at 5:05 pm. The iconic BJP leader was admitted to the AIIMS in June and had been ailing for long.

He retreated from active public life over the last decade following the deterioration of his health and remained restricted to his residence. A host of leaders including Prime Minister Narendra Modi visited the BJP patriarch at AIIMS.

Vajpayee was awarded India’s highest civilian award, the Bharat Ratna, in March 2015. During his second term as prime minister, Vajpayee ordered nuclear tests in May 1998 in a strategic masterstroke to blunt Pakistan’s nuclear ambitions. He followed this up with peace overtures to Pakistan, riding on the first direct bus from India to Pakistan in February 1999.

Pakistan’s caretaker minister for information and broadcasting Ali Zafar will be travelling to India to attend the funeral of former Indian prime minister Atal Bihari Vajpayee on the instructions of caretaker PM Nasirulmulk. Earlier, Pakistan Tehreek-e-Insaf chief and Prime Minister-designate Imran Khan said, “The sub-continent has lost a phenomenal and a visionary political figure today."

Pakistan’s caretaker minister for information and broadcasting Ali Zafar will be travelling to India to attend the funeral of former Indian prime minister #AtalBihariVajpayee on the instructions of caretaker PM Nasirulmulk.

Railway Recruitment Board exams to go on as per schedule, postponed in Kerala

The railways today said the Railway Recruitment Board exams scheduled for tomorrow for the post of assistant loco pilots and technicians will go ahead as per schedule. "We are announcing that tomorrow's RRB exam will be conducted in all the three shifts as per schedule. This is being done through the RRB websites. Individual SMS-es are also being sent to about 4.36 lakh candidates," Rajesh Bajpai, Director, Information and Publicity, Indian Railways, said. He, however, added that due to the worsening of the flood situation in Kerala, it was not possible to conduct the exam in the southern state on Friday. "So, the exam at the Kerala centres is being postponed," Bajpai said.

The BJP government in Chhattisgarh has also announced a seven-day state mourning following the demise of former Prime Minister Atal Bihari Vajpayee. As a mark of respect to the departed leader, there will be a seven-day state mourning from August 16 to 22, as per an official statement. All government, semi-government and educational institutions will remain closed tomorrow (August 17), it said. During this period, the national flag will fly at half mast, it stated. No government entertainment and cultural programmes will be held, the release said.

Lok Sabha Speaker Sumitra Mahajan said former prime minister Atal Bihari Vajpayee was a shining star on the horizon of Indian politics. Remembering him, the Speaker said his demise was a loss which can not be regained. "Such an incredible and invaluable jewel adding to the glory of our motherland has left for heavenly abode today – the precious gem of the crown has left behind a void," she said in a statement. Meanwhile, Congress leaders Ashok Gehlot, Ghulam Nabi Azad and Jyotiraditya Madhavrao Scindia paid tribute to the former Prime Minister at his residence in Delhi on Thursday.

The Manipur governor issued a statement, declaring a holiday on Friday for all offices and educational institutions under the government as a mark of respect to Atal Bihari Vajpayee, who passed away on Thursday at 93. The governor also announced seven days of state mourning from August 16 to August 22. Lauding his role in strengthening Pakistan-India bilateral relations, Khan said that Vajpayee's contribution would never be forgotten.
As foreign minister, Vajpayee strived to open ways towards normalisation of relations among neighbouring states and had successfully taken this agenda to the new heights after assuming the office of Prime Minister.

The PTI chairman stated that there could be political differences between the two countries but the desire to establish peace existed on both sides of the border. Khan said the former PM’s sad demise had created a vacuum in the political arena of the sub-continent. In order to pay homage to his tireless services, Khan said, we could resort to the establishment and promotion of peace across the region. “I extend sympathies to the people of India in this hour of grief,” he said.

With tears in his eyes, BJP president Amit Shah condoled the demise of former prime minister Atal Bihari Vajpayee who breathed his last on Thursday after battling a prolonged disease at the All India Institute of Medical Science in the national capital. Calling Vajpayee the pole star of the Indian sky, Shah said the nation lost a tall leader.

'With his demise, we lost the pole star of the Indian sky. He was multifaceted. The nation lost a tall leader, BJP lost its first National President, crores of youth lost their inspiration. It is impossible to fill that void,' said Shah in a press conference hours after the AIIMs officially declared the death of Vajpayee.

Tripura announces seven-day state mourning starting today on the demise of former Prime Minister Atal Bihari Vajpayee. The national flag will be flown half-mast during this period. The government has announced holiday tomorrow as a mark of respect to Vajpayee. State mourning will be observed from 16th to 22nd August.

Pakistan Prime Minister-designate Imran Khan has also condoled the death of former prime minister Atal Bihari Vajpayee. He said that he was a tall political personality of the subcontinent. Pakistan, Bangladesh express grief over passing away of Vajpayee

We have learnt with sadness the passing away of Atal Bihari Vajpayee, former Prime Minister of India, who was undergoing treatment in a hospital in New Delhi: Pakistan government

Bangladesh Pm Sheikh Hasina also condoled the death of former PM. Deeply shocked at sad demise of former PM of India Atal Bihari Vajpayee, one of the most famous sons of India. He'll be remembered for contributing towards good governance & highlighting issues affecting common people of India as well as regional peace& prosperity, she said.

Vajpayee was a patriot to the core for whom national interest was paramount: Sonia Gandhi

Atal Bihari Vajpayee was a towering figure in India's national life. He was a spell-binding orator, a leader of great vision, a patriot to the core for whom national interest was paramount, says UPA chairperson Sonia Gandhi. @IndianExpress pic.twitter.com/bAc88K3hDz

The body of the BJP veteran has been kept at his official residence - 6 A Krishna Menon Marg. Shah said people can pay homage to the departed leader at his residence from 7.30 am to 8.30 am tomorrow. The last rites of former prime minister Atal Bihari Vajpayee will take place at 4 pm tomorrow at Rashtriya Smriti Sthal here, BJP chief Amit Shah said today. 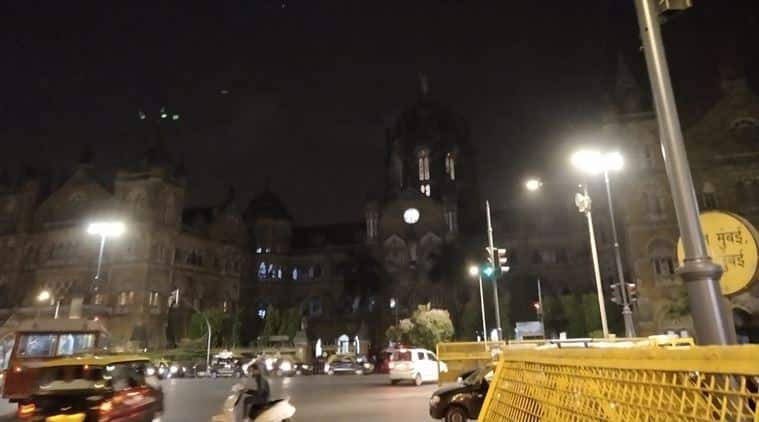 My admiration for Atajili goes back to early childhood: Fadnavis

Maharashtra Chief Minister Devendra Fadnavis today expressed his sentiments over the death of Vajpayee. "Atal Bihari Vajpayee was a tall statesman and an inspiration to millions whose leadership and humanitarian aspects will remain eternally etched in the mind and heart of the people."

Tripura Chief Minister Biplab Kumar Deb condoled the demise of former Prime Minister Atal Bihari Vajpayee this evening and said his death was an irreplaceable loss for the entire nation. In a statement, Deb said, "Bharat Ratna Atal Bihari Vajpayee was a statesman beyond any comparison who selflessly dedicated his life for the development of our nation. Under his able leadership, BJP grew spectacularly across the country....Vajpayee ji held a special place in his heart for the North-East region".

All India Institute of Medical Sciences (AIIMS), New Delhi issued a statement informing the demise of former Prime Minister Vajpayee who passed away at 05:05 pm today. Chief Minister Deb expressed condolences on his demise before departing for New Delhi to pay his last respect to the late Statesman.

Former Prime Minister Atal Bihari Vajpayee's mortal remains were brought to his residence today after his demise at AIIMS. State funeral for A B Vajpayee will be held in Delhi's Smriti Sthal, reports PTI. Half day holiday has been announced on the day of the funeral in all central govt offices.

Atal Bihari Vajpayee, 93, is a diabetic patient and has only one functional kidney. He had also suffered a stroke in 2009 which weakened his cognitive abilities. Subsequently, he developed dementia. Vajpayee had retracted from public life and restricted himself to his home ever since his health deteriorated considerably.

Atal Bihari Vajpayee was sworn in as the tenth prime minister of India after the 1996 General Elections, but since the NDA could not prove majority in the floor of the house he resigned after 13 days. In 1998, he was again sworn in as the prime minister and held the post till 2004. He was conferred with Bharat Ratna award, India's highest civilian honour, in 2014.