As the party prepares for the tough battles in Rajasthan, Madhya Pradesh and Chhattisgarh later this year, and the Lok Sabha polls next year, some senior BJP leaders said the coming together of Opposition parties should not be dismissed as an “unholy alliance”. 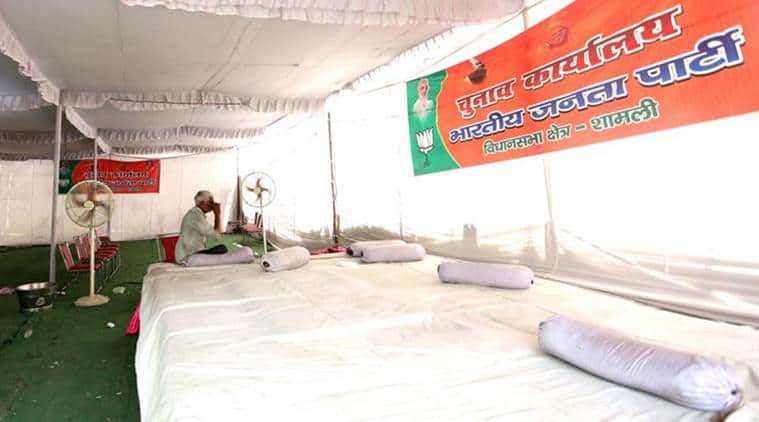 With the BJP winning just one Lok Sabha seat and one assembly seat in the bypolls, the party appears to be a little unsettled.

Officially, the BJP maintained that the bypolls were fought on local issues and would not have any impact on the upcoming elections, including the 2019 Lok Sabha polls — a line that was spelt out by party chief Amit Shah last week. “There is a different parameter for voters when they vote to form a government, to decide whether Modi will be prime minister or somebody else. They cannot be compared,” Shah said on Saturday.

BJP MP and national spokesperson G V L Rao echoed this on Thursday. “In the four years of Prime Minister Narendra Modi’s tenure, the BJP has secured unusual and extraordinary mandate, as the people wanted a government led by Modi at the Centre and under his guidance in the state. While the Prime Minister continues to swing election after election with his ever-growing popularity, the same factors do not hold much sway during bypolls, where caste and local factors take precedence over national leadership. People going for bypolls know that the outcome will have no bearing on the stability of the government at the Centre and in the state,” he said.

Also read | From Kairana in UP, BJP gets second reminder of Opposition unity

However, party leaders, including MPs and some office bearers, admitted that the defeat of the BJP and its allies in the bypolls in Uttar Pradesh, Maharashtra, Jharkhand, Bihar and Kerala is “worrying” as it indicates that “there is a level of anti-incumbency against the state leadership and the BJP as a whole”, that the party “has failed to communicate the initiatives of the Modi government for the poor to the voters”, and that the “voters, contrary to what the party expected, are ready to try the Opposition parties that have united to defeat the BJP”.

BJP leaders also admitted that the party’s rout in Kairana (Lok Sabha) and Noorpur (Assembly) is an embarrassment for Uttar Pradesh Chief Minister Yogi Adityanath. Earlier this year, the SP, BSP and Congress came together to win the bypolls in the BJP’s strongholds of Gorakhpur and Phulpur.

According to BJP sources, the party had expected to retain the Bhandara-Gondiya Lok Sabha seat in Maharashtra, but was defeated by the NCP. In Chengannur in Kerala, where the CPM-led LDF won, the BJP saw a drop in votes — from 42,682 votes in the 2016 assembly elections to 35,270 this time. The BJP’s ally, JD(U), lost the Jokihat assembly seat in Bihar to the RJD by a margin of over 40,000 votes. 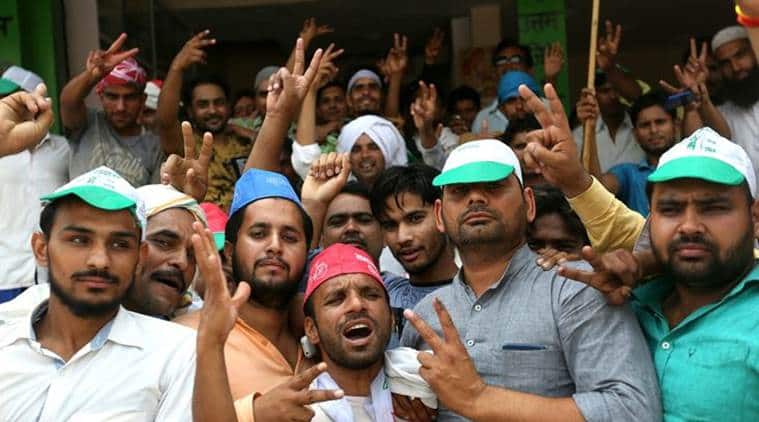 The only good news for the BJP was that it came second in West Bengal, reaffirming that it’s being seen as the primary opposition to the Trinamool Congress rather than the CPM or the Congress.

The Congress retained its Assembly seats in Karnataka, Meghalaya and Maharashtra, and wrested a seat from the SAD in Punjab.

In the February bypolls, the BJP lost the Alwar and Ajmer Lok Sabha seats and one assembly seat in Rajasthan.

On the ground, some BJP MPs blamed the “unethical and unholy alliance” of the Opposition, which used Kairana as a testing ground for a united approach in the upcoming polls. But Nagina (Uttar Pradesh) MP Yashwant Singh said: “All got together against the BJP, but the party’s strategy could have been better. The BJP, I must say, has underestimated the Opposition.”

Also read | Behind RLD win are Jats, Muslims who stepped over riot faultlines to vote together

The party’s Bijnor MP, Bharatendra Singh, said: “Opposition unity is certainly worrying because it affects the poll arithmetic. The BJP will have to view it properly and take corrective steps.”

Bharatendra Singh said while the party’s governments at the Centre and state have been taking the right measures for the poor, the party organisation had “failed” to convert that goodwill into votes. “The problem is the organisation and those who are handling it at the state level,” he said, adding that those who were given charge of the campaign, including the “star campaigners”, had failed.

“The organisation should appoint people who can lead the campaign. It should not reward only those who do chamchagiri (sycophancy),” he said. The MP said while sugarcane farmers had received unprecedented price for their crop, the Opposition’s campaign that the government had neglected them was successful. When Adityanath tried to raise the controversy over the portrait of Mohammad Ali Jinnah in AMU, the RLD’s Jayant Chowdhary countered by saying that “ganna (sugarcane)” matters in the sugarcane belt of Western UP, “not Jinnah.”

“The spiralling prices of petrol have added fuel to the anger and disappointment among the people. The party has to tread cautiously,” said a senior BJP leader.

“This has been a lesson for the BJP and a wake-up call. I am sure the leadership will re-draw its strategies,” said Sushil Kumar, party MP from Aurangabad (Bihar).

As the party prepares for the tough battles in Rajasthan, Madhya Pradesh and Chhattisgarh later this year, and the Lok Sabha polls next year, some senior BJP leaders said the coming together of Opposition parties should not be dismissed as an “unholy alliance” or “unethical” combination.

They pointed out that in the past, the BJP too had entered into alliances with parties with different ideologies. A senior leader said the BJP leadership should look at the arithmetic — for example, if the BSP and Congress come together in Madhya Pradesh, the combine can be a strong counter to the BJP.