Assam minister Himanta Biswa Sarma thanked Prime Minister Narendra Modi and Home Minister Amit Shah for the prompt release of the funds even as the death toll mounted to 15 and floodwaters submerged 30 of the 33 districts. 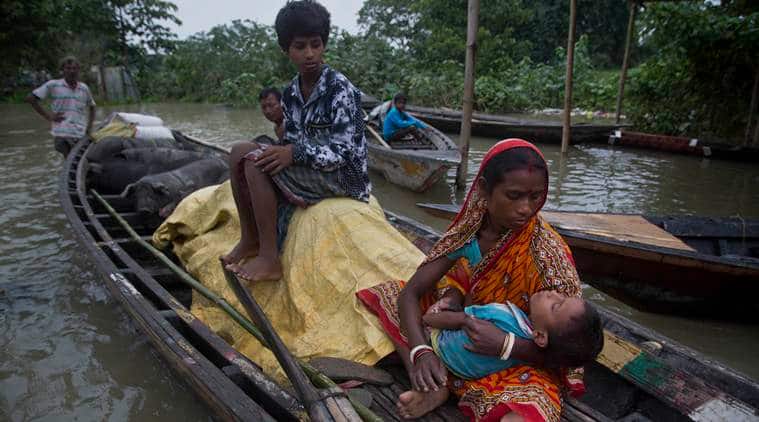 With the flood situation in Assam deteriorating further, the government on Tuesday released Rs 251.55 crore as assistance from the central share of SDRF for 2019-20.

Assam minister Himanta Biswa Sarma thanked Prime Minister Narendra Modi and Home Minister Amit Shah for the prompt release of the funds even as the death toll mounted to 17 and floodwaters submerged 30 of the 33 districts, PTI reported.  “This shall immensely help in relief operations and mitigating suffering of people affected by Assam floods,” ANI quoted Sarma as saying.

According to Assam State Disaster Management Authority (ASDMA), more than 45 lakh people have been affected in 4,620 villages of the state, with 1,01,085 people taking refuge in 226 relief camps, PTI reported. As many as 562 distribution centres have been set up for providing relief to the affected people. 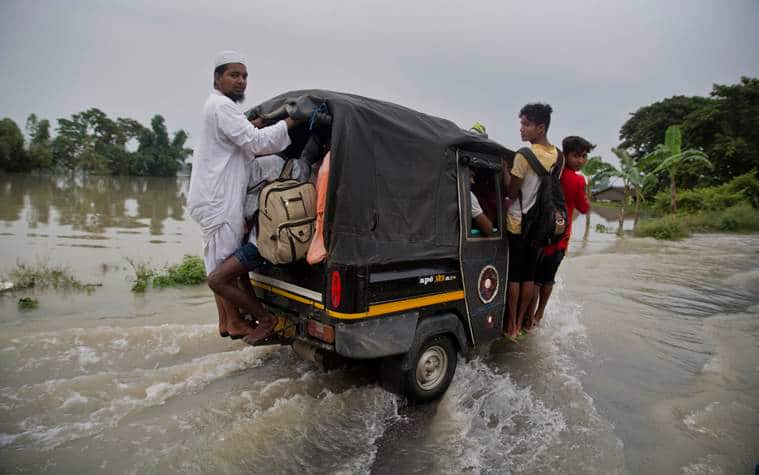 Indian passengers on an autorickshaw cross a flooded road in Burha in Assam. (AP)

Besides the NDRF, the Army has been deployed in Assam to aid the personnel in rescuing marooned people, PTI reported.

The part of Brahmaputra river that passes through the state capital is flowing above danger mark due to incessant rains in the region. The water level has increased and entered the Chakreshwar temple in Kalipur.

Moreover, 150 anti-poaching camps have been affected due to the floods and authorities are working round the clock to check poaching at the UNESCO world heritage site. Some of the animals have taken shelter in highlands within the park and many are migrating to the southern highlands of Karbi Anglong, crossing National Highway 37.

Prime Minister Narendra Modi had on Monday spoken to Chief Minister Sonowal to take stock of the flood situation, including the condition of the KNP, and assured all possible help and support.

Gandhi said that due to floods in these states, the situation has gone out of control. “Life has been badly affected. I appeal to Congress workers in all these states to help out in the relief and rescue work for the common people,” he said in a tweet.