‘Able to discuss issues we agree on, policies not always same’ 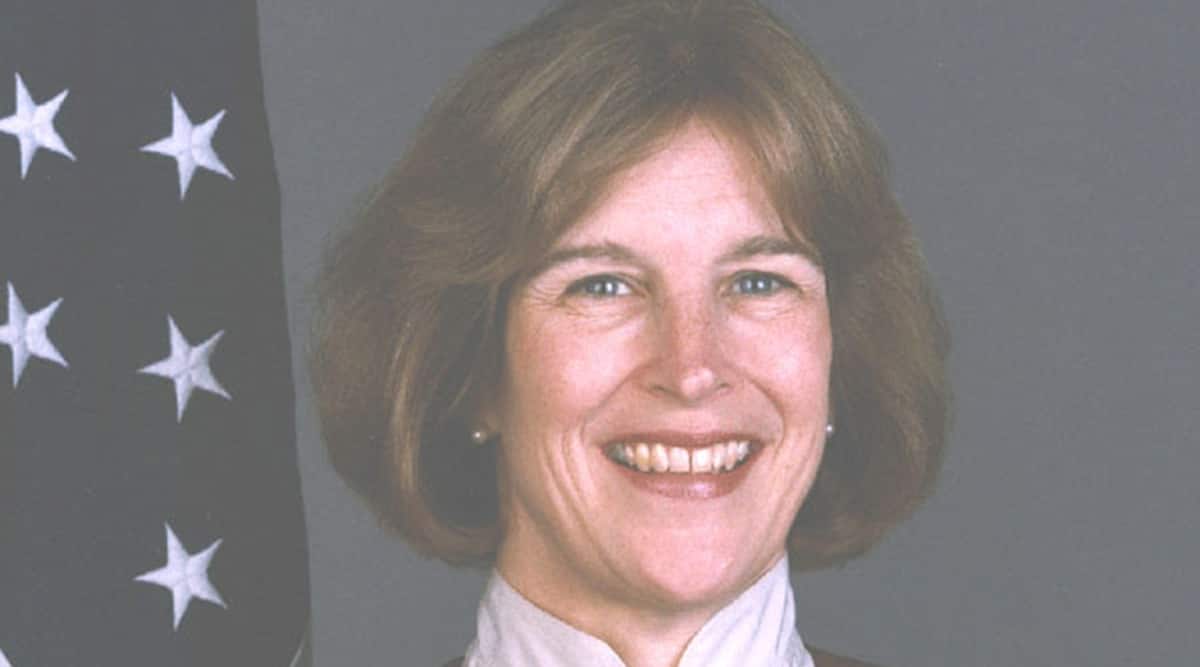 Elizabeth Jones, Charge d’Affaires at the US embassy. (File)

With India continuing to import oil from Russia at discounted rates amid the war in Ukraine, the US envoy in New Delhi said Friday that while the goal of Washington’s policy is to reduce revenues to Russia to fund its war, it is a “sovereign decision” of countries to make.

In her first media interaction since she arrived last month, Elizabeth Jones, the charge d’affaires of the US embassy in New Delhi, said, “On the oil cap, the goal of the policy is to reduce revenues to Russia that could be used to enhance its capacities for continuing to wage war in Ukraine. That’s the goal. And it seems to us that it’s appropriate for countries to take that into account, in terms of the oil purchases they make, but that’s something that’s a sovereign decision and has to be a sovereign decision.”

India has always defended its rationale to purchase crude from Russia, saying it is buying oil to meet the energy demands of its citizens and to cushion the inflationary impact of the Russia-Ukraine war on its people.

On the Ukraine war, Jones, who is a career diplomat, said while the US and India agree on issues, the policies to achieve them are not similar.

Responding to a question on divergences on the Ukraine conflict, she said, “One of the things that US and India agree on is that  we both support rules-based international order. We both support (it) and we are very pleased to say how much India has provided in terms of humanitarian assistance to the Ukrainian people during this period in which the Russians have engaged in this brutal attack.”

“One of the hallmarks of the relationship we enjoy is that we are able to have discussions about issues on which we fundamentally agree, but in which the policies to get there aren’t necessarily always the same,” said Jones who worked on NATO’s role in Europe vis-a-vis Russia as the US Assistant Secretary of State for Europe and Eurasia.

Asked about Beijing’s objections to the US-India defence exercises near the India-China border, she said, “I think I would point you to the kinds of statements that we have heard from our Indian colleagues, to the effect that it’s really none of their business. I will just leave it there.”

Asked about possible rapprochement between US and China (in the wake of US President Joe Biden and Chinese President Xi Jinping’s meeting) and its impact on India-US ties and the Indo-Pacific strategy, she said, “I wouldn’t look at this as a way to worry about the US-India relationship or US attitudes about the Indo-Pacific. We are as committed to our goals in the Indo-Pacific region as we ever have been. And having conversation with China just makes it easier to understand the extent of the commitments that would be most productive.”

Stressing that there is “tremendous amount of cooperation” between India and the US on defence ties, she said, “Our interest is in supporting India’s efforts to become more capable, and to ensure that its capacities are directed in ways that they believe to be important. It’s up to the Indian leadership to determine what it wants and what it needs and we are there to be supportive.”

On India-Pakistan ties, Jones, who was deputy chief of mission at the US embassy in 1988 when Pakistan President General Zia-ul Haq was killed in a plane crash along with the then US ambassador to Pakistan, “The United States looks at the relationship with India and our relation with Pakistan as two completely separate policies… one is not dependent on the other, (or) related to the other.”

Responding to a question on the shared concern of terrorism emanating from Pakistan, she said, “The international community has shared concerns about terrorism anywhere, as well as any other kinds of security threats, health threats, threats of climate change, and all that kind of thing. And it’s up to us that it’s the goal of this embassy, and of the US government, to work on any and all of these issues in the best ways we possibly can, multilaterally and bilaterally.”

The Interim US envoy sought to put to rest some of the concerns in Delhi about the potential headwinds that Indo-US ties are facing, from the Ukraine war to China-US engagement, people-to-people contact and India’s domestic issues.

On India assuming the G-20 presidency, she said, “We are very energised by India taking over as the president of the G-20. And I say that because I think it demonstrates to the international community the leadership capacity of India in a very complex world.”

On the social challenges in India, she said, “One of the things about our relationship that this permits is a frank discussion about social challenges in the United States, the treatment of ethnic, racial and religious minorities attracts a lot of attention, just as it does here. We can learn from each other, I believe, and how to promote tolerant behaviour among diverse communities. Because again, we have similar experiences and similar challenges in those social areas.”

Asked if she intends to take up the issues of hate speech in India, she said, “This is a conversation we have perpetually with our Indian colleagues (where) we talk about (this)… one of the benefits of this consequential relationship that we have is we are able to discuss a great variety of issues, easy issues, difficult issues, issues on which we agree on, issues on which we don’t yet agree. So yes, we have been discussing this for a long time and will continue to do so.”

On the issue of visa delays, she said there are “difficulties” in terms of the “lengthy wait time” for visa appointments. This is a problem, she said, that was generated by the pandemic. Stressing that there is recruitment and training going on for visa officers, she said, “I can guarantee you that this is a very serious issue at the top of the minds of my colleagues in Washington. And there is a tremendous effort underway to solve the problem here.”