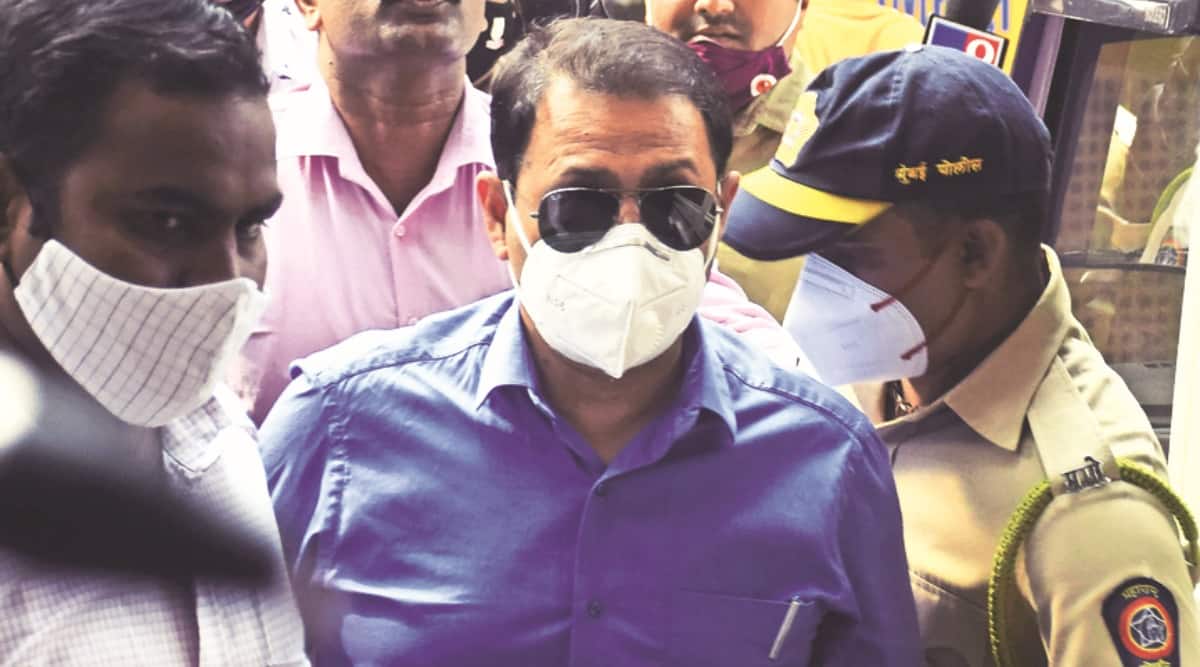 These cases were transferred from NCB Mumbai Zonal Unit director Sameer Wankhede to the SIT Friday. Wankhede has been at the centre of a storm ever since Aryan Khan’s arrest on October 2, followed by questions on the credentials of witnesses in the case and serious allegations levelled against him by NCP leader and Maharashtra minister Nawab Malik.

As NCB Deputy Director General Sanjay Kumar Singh, who is heading the 15-member SIT, reached Mumbai, sources in NCB suggested that the Aryan Khan case may be looked at afresh given the allegations made by Malik and others regarding the case.

“The SIT will take the probe that Wankhede has conducted forward and do an onward investigation. These cases have been taken over by the Delhi unit since there are international ramifications. Wherever doubts have been cast or allegations of corruption have been made, such cases may be relooked,” an NCB officer said.

Corruption allegations have been levelled against Wankhede in the Aryan Khan case and the NCB is also conducting a vigilance inquiry against him and his team. Prabhakar Sail, a witness in the case, has alleged that KP Gosavi – he is also a witness and his selfie with Aryan Khan in custody did the rounds of social media — demanded money on behalf of Wankhede.

The six cases handed over to the SIT comprise the Aryan Khan case, a narcotics case against Malik’s son-in-law Sameer Khan, another against actor Armaan Kohli, and drug busts in Mumbra, Jogeshwari and Dongri areas of Mumbai.

Sources said the SIT will complete the paperwork of taking over the cases this weekend and begin formal investigations Monday onward.

“Wankhede’s assistance will be taken when needed. In due course, people will be called and questioned. All the evidence collected will be thoroughly analysed,” an NCB officer said.

On Friday, after the six cases were taken away from him, Wankhede told The Indian Express: “In my writ petition before the Bombay High Court, I had asked for these cases to be probed by a Central agency. So it is not that I have been removed from the cases or have been transferred anywhere. I am still the Mumbai unit director.”

His petition, however, makes no mention of these cases, but raises his demand for a probe by a Central agency into allegations of corruption against him.

Sanjay Singh, who is heading the SIT, is a 1996 batch IPS officer of the Odisha cadre and served in the CBI from 2008 to 2015 when he returned to his cadre state.

He joined the NCB in January this year and was made in-charge of the agency’s operations.

The three cases, other than the cases involving Aryan Khan, Armaan Kohli and Sameer Khan, relate to drug busts in parts of Mumbai and involve foreign nationals.

A raid in Mumbra by the NCB on September 15 led to the arrest of two persons and seizure of 1.75 kg mephedrone and 3.9 kg ephedrine. The two men were identified as Sahil Aji and Ibrahim Jehangir. Follow-up action led to two more arrests including a person from Gujarat who allegedly supplied mephedrone to affluent clients there.

Another case transferred to the SIT was the one that led to the arrest of three persons, including an alleged drug peddler Sameer Merchant alias Sameer Langda, on July 26. In the raid conducted in Jogeshwari, the NCB claimed to have recovered 1.2 kg charas and Rs 17.5 lakh cash.

The third case is related to an NCB raid in Dongri earlier this year where 65 grams of MD was recovered.

A senior officer said all six cases have “international linkages” and will be probed by the SIT.

The officer said the cases were transferred for “administrative reasons” and did not specify on what basis these six cases were selected for investigation by the SIT.

Prior to this, it was only when the NCB was investigating the Sushant Singh Rajput case that a team from the Operations Unit of the NCB headquarters in Delhi had camped in Mumbai to assist with the probe.

Officials from Mumbai NCB said all the necessary paperwork was provided to SIT Saturday.

Sources said the vigilance team of the NCB that is probing allegations of corruption against Wankhede recorded the statement of one of the officers involved in the Cordelia raid again in Delhi earlier this week.

Meanwhile, the SIT constituted by Mumbai Police in connection with allegations of extortion levelled against NCB officials following the Cordelia raid recorded the statements of two persons Saturday. They were allegedly asked by Gosavi to contact Shah Rukh Khan’s manager Pooja Dadlani.

The Mumbai Police has so far received four complaints in connection with corruption charges. The Police Commissioner has constituted an SIT to probe the charges.