The exchange happened at Hot Springs in Demchok and Bottleneck in Depsang Plains. 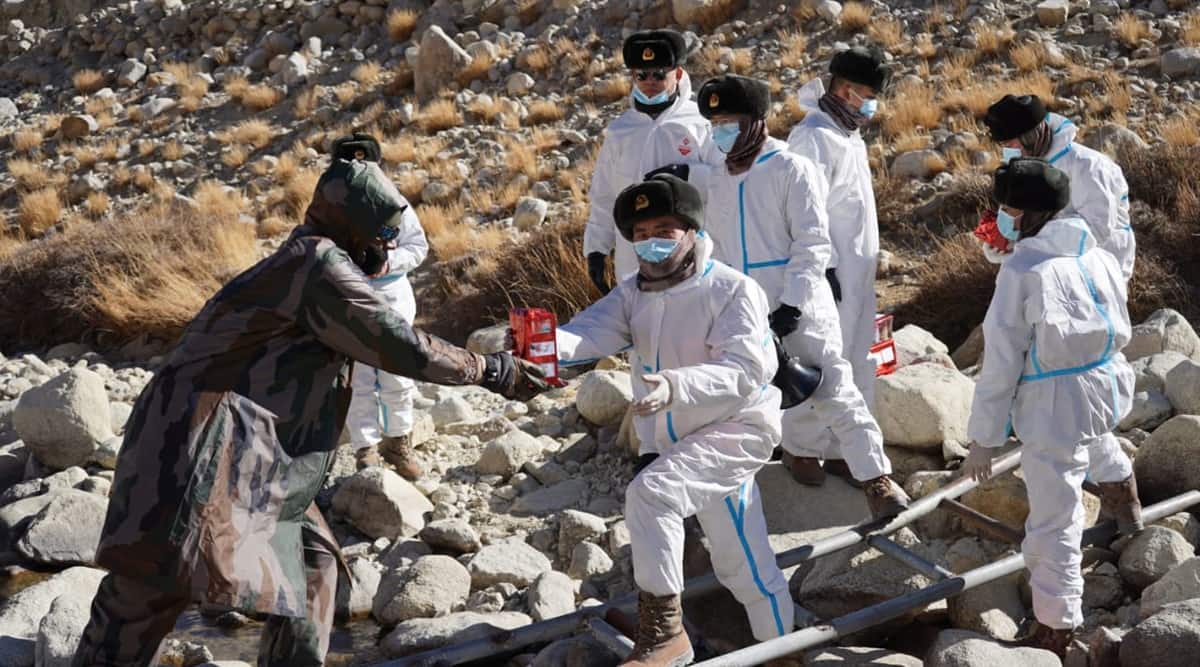 Even as India and China continue to be involved in a military standoff in eastern Ladakh for over 20 months, army personnel from the two countries met on the Line of Actual Control (LAC) and exchanged new year greetings on Saturday.

Army personnel from the two countries met in two contested regions along the LAC to exchange pleasantries. “Indian Army and PLA exchanged greetings and sweets along the LAC today,” Army officials said.

The exchange happened at Hot Springs in Demchok in eastern Ladakh. This is not the Hot Springs area near Patrolling Point (PP) 15, which is one of the frictions points that had come up in May 2020, from where both the militaries are yet to disengage.

In Demchok, officials in the security establishment said that some “so called civilians” have pitched tents on the Indian side of the Charding Nala, which marks the LAC, and are refusing to vacate.

The armies also exchanged greetings at Bottleneck in Depsang Plains.

PLA personnel have been blocking Indian troops at Bottleneck from accessing the five traditional patrolling points—PP10, 11, 11A, 12 and 13.

There have been 13 rounds of Corps Commander-level talks, the last of which happened on October 10. Even as India had expected that an agreement to disengage from PP15 would be achieved, China did not agree. The date for the next round of talks has not been decided yet.

The Indian delegation was led by Lt Gen PGK Menon, commander of XIV Corps. It also included Lt Gen Anindya Sengupta, who will take over from Menon soon.

Indian Army also exchanged greetings and gifts with the Pakistan Army at four locations along the Line of Control, at crossing points at Chilliana Tithwal, Chakoti Uri, Poonch Rawlakot and Mendhar Hot Springs.