Army chief Naravane: Patience mark of self-confidence, should not be tested

Speaking on the 74th Army Day, General MM Naravane said the Army will prevent any attempts to unilaterally change the status quo along the borders. 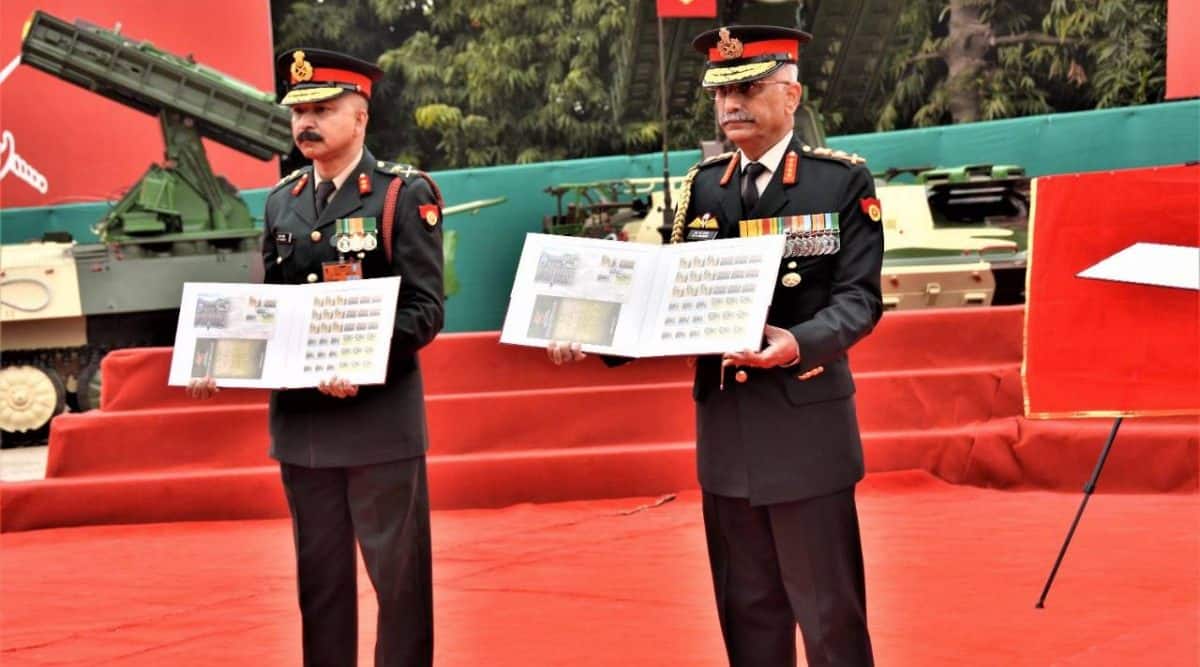 During his speech on the 74th Army Day celebrated on Saturday, Army Chief General MM Naravane said the Army will prevent any attempts to unilaterally change the status quo along the borders, and asserted that the country’s patience stems from self-confidence, but it should not be tested by adversaries.

The Army Day is celebrated to mark the day General KM Cariappa, who later became the country’s second Field Marshal, took over as the first Indian Commander-in-Chief of the Indian Army in 1949.

Addressing the crowd, Naravane said that the last year was “challenging for the Army”.

“On the northern border, to keep the situation under control, senior military commanders recently met for the 14th time. Disengagement has taken place from many areas due to the joint efforts at different levels.” Calling the talks a positive step, Naravane added, “Our efforts will continue to find a resolution on the principle of mutual and equal security”. Addressing the crowd, Naravane said that the last year was “challenging for the Army”. (Photo: Twitter @adgpi)

“Our patience is a symbol of our self-confidence. But nobody should try to test it.” The Army Chief stated. “Our message is clear, that the Indian Army will not allow any attempts to unilaterally change the status quo on the borders.”

Speaking about the situation along the Line of Control on the western front, Naravane said that the situation “is better than last year”. “Ceasefire violations were largely controlled since the understanding between the DGMOs last February. But Pakistan is unable to help its habit of giving refuge to terrorists.”

He said that in training camps across the border, 300 to 400 terrorists are waiting for an opportunity to infiltrate, and the attempts to smuggle weapons using drones are continuing.

But, he said that the Army’s “alert operations and strong counter-infiltration have thwarted many infiltration bids”.

He said that there has been a progressive development in the hinterland areas of Jammu and Kashmir, even as terrorist organisations supported from across the border have tried to hinder the speed of progress, and these attempts have gained pace. Targeting non-local people and poor migrants is part of this design, said Naravane.

“The incidents of violence have seen a major fall due to the continuous efforts of the security. In the last one year, the Army has killed 194 terrorists along the LoC and counter-terrorist operations.”

Regarding the situation in the northeast, the Army Chief said that “due to proactive operation there has been an appreciable improvement in the security situation” and “because of these operations most of the terrorist organisations are in ceasefire.”

The decrease in Army’s deployment for internal security “is a proof of this improved situation”. Calling the India-Myanmar border “very important from the perspective of national security,” Naravane said it is being focused on by the Assam Rifles.

Top political leaders also shared greetings on Army Day.
President Ram Nath Kovind said that the Army’s contribution “towards ensuring a peaceful environment is central to the economic rise and holistic development of the Nation”.

Prime Minister Narendra Modi said in a tweet that the Army is “known for its bravery and professionalism. Words cannot do justice to the invaluable contribution of the Indian Army towards national safety.”

Defence Minister Rajnath Singh, said that “as India grows in stature and strength, the Indian Army shall remain central in securing our national interests and pursuing our national aspirations”. He mentioned that the Army “inspires confidence” among the country’s citizens, as it “resolutely maintains an unflinching vigil” across the country’s frontiers.