Happy Army Day 2020 Celebrations: The nation is celebrating the 72nd Army Day today in honour of the soldiers who serve the country selflessly and risk their lives to safeguard the borders. While Prime Minister Narendra Modi said the country is proud of its army, chief Gen M M Naravane said that the borders are strongly guarded and that India is ready for any future warfare.

The Army showcased its military might and some of its state-of-the-art assets at the majestic Army Day parade at the Cariappa Parade Ground in Delhi Cantt. In a first for any woman officer, Captain Tania Shergill, an officer with Army’s Corps of Signals, lead all-men contingents at the Army Day parade.

Abrogation of Article 370 is historic, has disrupted proxy war by our western neighbour: Army chief Naravane

Referring to the scrapping of special status for Jammu and Kashmir, Army chief called it a “historic” step. “Abrogation of Article 370 will help Jammu and Kashmir integrate with the mainstream. The historic step has disrupted proxy war by our western neighbour.”

In his first speech on Army Day, Chief Gen M M Naravane said the soldiers are the strength of the armed forces. Adding that India has “zero-tolerance” for terrorism, Army chief said that the borders are strongly guarded and that India is ready for any future warfare.

My salute to the courage and determination of every jawan and officer of the Indian Army. The country is eternally grateful to you for your service. #ArmyDay

Proud to have been a part of this great institution: Punjab CM Amarinder Singh

"I salute the indomitable spirit & bravery of the Indian Army on the occasion of #ArmyDay. I am proud to have been a part of this great institution," Punjab Chief Minister Capt. Amarinder Singh tweeted.

'Our Army is our pride. They shield us from threats & guard our borders endlessly irrespective of the weather or the danger. My gratitude towards the brave soldiers on this 'Indian Army Day', salute your courage & valour! ' Maharashtra Deputy CM Ajit Pawar tweeted

Let us come together and show our gratitude to the Indian Army: Piyush Goyal

"Saluting the valour, courage & fortitude of all our soldiers on #ArmyDay. Let us come together and show our gratitude to the Indian Army for their selfless service to the nation and honour all those who sacrificed their lives for us," Piyush Goyal, Minister of Railways and Commerce tweeted.

'Proud of our Army': PM Modi

On the occasion of Army Day  2020, Prime Minister Narendra Modi tweeted that the country is "proud" of the soldiers. "Our Army is known for its valour and professionalism. It is also respected for its humanitarian spirit. Whenever people have needed help, our Army has risen to the occasion and done everything possible!" he tweeted

Election Commission finds nothing wrong in Shah’s ‘taught them a le...
Congress accuses govt of ‘running away’ from debate on border...
8.42 cr farmers paid PM-Kisan instalment in Aug-Nov: Narendra Tomar in RS
Army not being ‘fair’ to women officers, SC apprehends, asks ...
Had Congress brought population control bill, wouldn’t have fathere...
More from India >>
'You are our nation’s pride, the sentinels of our liberty': President Kovind on Army Day

"On Army Day, greetings to the valiant men and women of the Indian Army, to veterans and to their families. You are our nation’s pride, the sentinels of our liberty. Your immense sacrifice has secured our sovereignty, brought glory to our nation and protected our people. Jai Hind!" President Ram Nath Kovind tweeted.

Indian Army is the epitome of commitment, discipline and patriotism. My salute to the brave women and men of the Army on Army Day: Union Minister Ravi Shankar Prasad

Indian Army is the epitome of commitment, discipline and patriotism. My salute to the brave women and men of the Army on #ArmyDay. pic.twitter.com/wjkN4P8h51 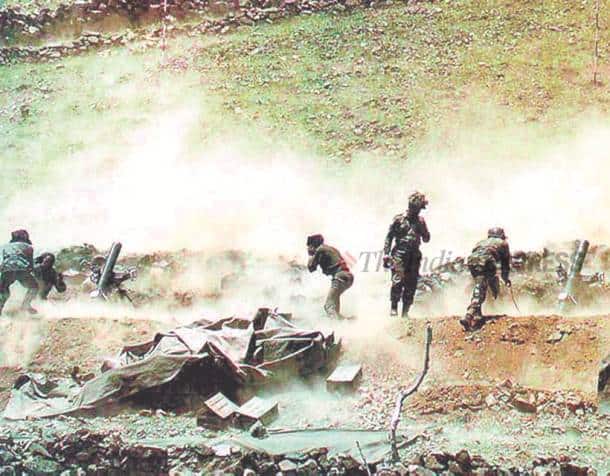 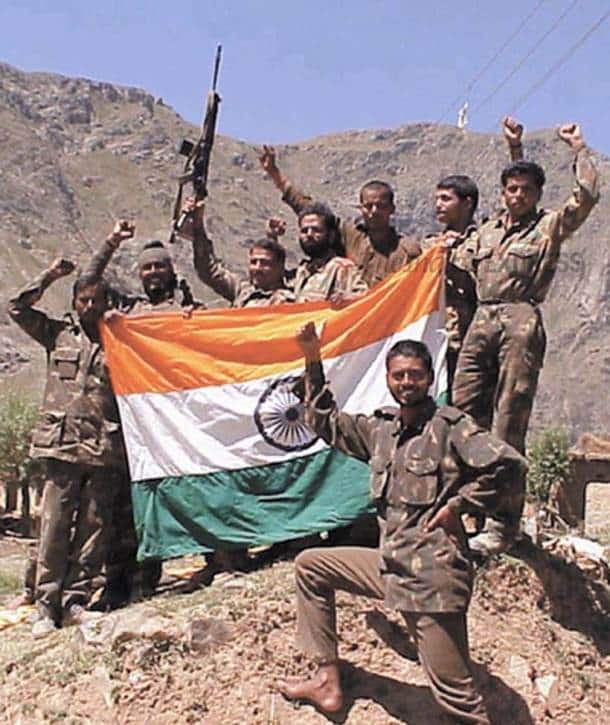 Why is Army Day celebrated?

Army chief General MM Naravane congratulated the armed forces and their families on the occasion of Army Day. Saluting the soldiers for their valor, 'supreme sacrifice' and selfless devotion, chief Naravane said, "The Indian Army is taking rapid steps with regard to 'technological embrace' and 'indigenisation'. We shall continue to do all that we can to uphold our core values and ethos as also to live up to the trust reposed in us."

Welcome to The Indian Express' live blog on Army Day 2020. Army Day is celebrated on January 15 every year to mark the day when (then) Lieutenant General KM Cariappa took over from General Sir Francis Butcher as Commander-in-Chief of India on January 1949. Follow LIVE updates on celebrations

Army Day 2020: Army Day is celebrated on January 15 every year to mark the day when (then) Lieutenant General KM Cariappa took over General Sir Francis Butcher as Commander-in-Chief of India in January 1949.

Popularly known as “Kipper”, K.M Cariappa was the first Indian commander-in-chief of the Indian Army. He is one of only two Indian Army officers to hold the five-star rank of field marshal. With a military career spanning three decades, his unrelenting patriotism and secular beliefs blazed a trail in the Indian Army.

By the time India gained independence, Cariappa had seen action in Iraq, Syria, Iran, and Burma and became the first Indian Officer to be given command of a unit in 1942. He also led the Indian forces on the Western Front during the Indo-Pak War of 1947 and successfully recaptured Zojila, Drass, and Kargil and established a linkup with Leh.

Once, after chasing the raiders beyond Uri, Cariappa was stopped by a group of people at Baramulla and told that they had suffered a lot due to the absence of food supplies, including salt. It was a puzzling question for the general, as no stocks were available with the army. But he fulfilled his assurance the next day when he visited the old town and distributed flour, rice, and salt to the neediest families.

Addressing the armed forces on the eve of Army Day, Chief Gen M M Naravane said the Indian Army is a "valued institution" of India and that it is not merely a combat outfit or an instrument of national power but has carved out a "special niche" in the nation's mind space. He also asked soldiers deployed along borders with China, Pakistan and those fighting the "proxy war" in Kashmir to remain vigilant round-the-clock, and assured that their operational and logistical needs will be met at any cost.