Hazare, who drove thousands of people onto streets in 2011, said he will interact with volunteers from across the country in Ralegaon Siddhi in Maharashtra on October 7 and 8 to chalk out future course of action. 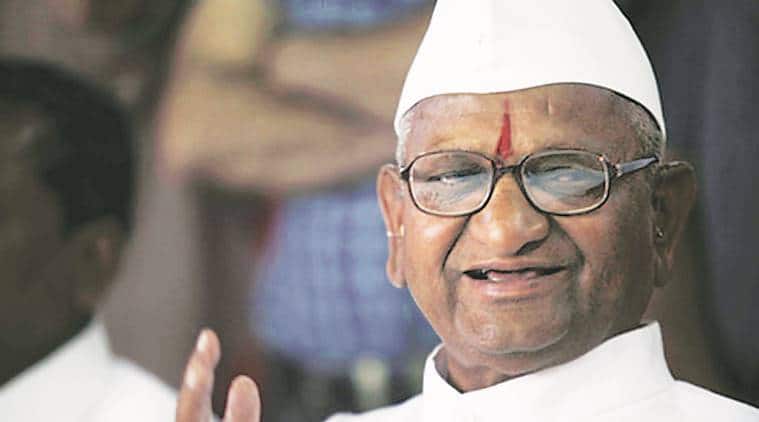 Hazare has written several letters to Modi in the past over the appointment of a Lokpal. (File)

Anna Hazare, whose anti-corruption protest attracted a huge outpouring of support in 2011, today threatened a rerun of his crusade as he denounced the Modi government over its “failure” to appoint a Lokpal and create a graft-free India. Hazare, who was the face of the impassioned movement for the creation of Lokpal at the Centre and Lokayukta in states to probe corruption in the government, targeted Prime Minister Narendra Modi, saying “he is averse to appoint anyone to the office”. The announcement came after the octogenarian Gandhian visited Raj Ghat to pay tributes to Mahatma Gandhi on the occasion of the 148th birth anniversary of the Father of the Nation.

“The movement I started for appointing a Lokpal is incomplete, which is why there is a need for another agitation.

“The government failed to appoint a Lokpal in the last three years. In fact, it has weakened the Act (The Lokpal and Lokayukta Act, 2013),” he told reporters at a press conference at the New Maharastra Sadan here.

The new movement, he said, would be launched by the end of the year or early next year.

Hazare, who drove thousands of people onto streets in 2011, said he will interact with volunteers from across the country in Ralegaon Siddhi in Maharashtra on October 7 and 8 to chalk out future course of action. He accused the government of not fulfilling its promises of bringing back black money stashed abroad and implementing the Swaminathan Commission report. The promise of bringing back black money remains unfulfilled, the number of farmer suicides is increasing at an alarming rate, the Swaminathan Commission report has not been implemented yet, and corruption in the country is on the rise, Hazare said in a letter to the prime minister today.

Citing media reports, the social activist claimed that corruption had increased over the last 15 years.

“He (the prime minister) has shown no interest in appointing a Lokpal. When he was the chief minister of Gujarat, he did not want a Lokayukta. So he went to the High Court against the move and later approached the Supreme Court,” he claimed.

Hazare has written several letters to Modi in the past over the appointment of a Lokpal. Asked whether he had received a response from the government, Hazare said, “There has been no response to my letter. Why will they write back to me? They only respond to industrialists.”

The Lokpal and and Lokayuktas Act was enacted in 2013. The Act was amended in 2016 to allow extension of the time given to public servants and trustees and board members of NGOs receiving government funds of more than Rs 1 crore or foreign funding of more than Rs 10 lakh to declare their assets and those of their spouses. Referring to the amendment, Hazare alleged that the amendment diluted the provisions of the Act and it was passed in the Lok Sabha and the Rajya Sabha in three days “without holding discussions”.

Hard choices for Syrian industrialists in ruins of Aleppo