Best case scenario will be growth rate with a 7% handle in front: Chief Economic Advisor at Express Adda

Referring to the post-pandemic recovery in the domestic economy, the CEA said some of the so-called high frequency indicators such as retail footfalls, air travel, railway freight, have held up far better than expected. 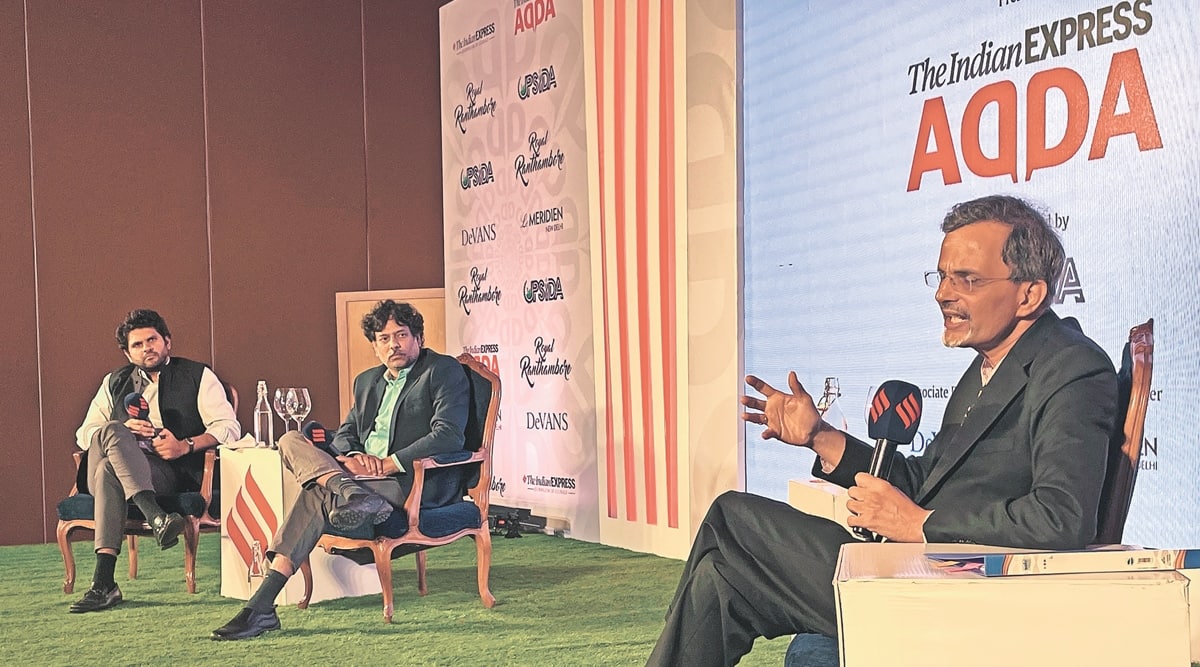 With most high-frequency indicators showing an uptick in the domestic economy even as risks stemming from global factors loom large on the external front, the “best case scenario” for the Indian economy would be a growth rate with “a 7 (per cent) handle in front of it”, Chief Economic Advisor V Anantha Nageswaran said Friday.

Speaking at the Express Adda event of The Indian Express, the CEA also said: “The dollar still remains an important vehicle for financial markets or trade transactions etc. But yes, there are countries, not just India, but even many other countries, given the fact that foreign exchange reserves themselves have become subject to sanctions, have become instruments of international power relations, that it naturally encourages many countries to look at barter arrangements or trading settlements other than dollars…”

“So, that process is a natural reaction to the weaponisation of currencies or foreign exchange reserves etc. But these are still very early days to talk about that. But the overall confidence in the dollar hasn’t really diminished… I think we need to (think of these alternate ways) because in any case as we grow in size, and we have just become the world’s fifth largest economy, we should be growing further along those lines, then I think it is a logical step to look at ways to internationalise the Indian rupee, and it will happen. It’s a logical evolution.”

Referring to the post-pandemic recovery in the domestic economy, the CEA said some of the so-called high frequency indicators such as retail footfalls, air travel, railway freight, have held up far better than expected.

“The best case scenario given the state of the world would be for India to be able to achieve a real growth rate of which has a 7 (per cent) handle in front of it. That would be a good situation. But if I look at some of the so-called high frequency indicators, like footfalls and restaurants, air travel, railway freight, etc since we have data up to August more clearly, some of those indicators have held up far better than expected.”

On the risks to the economy, Nageswaran said the external sector is “one area that we need to be very watchful about”.

“As a country that runs a current account deficit, naturally, we look for external capital. And yes, FDI and FII flows are two components, but there are other components as well — bilateral credit, external commercial borrowings, those also meet our current account funding requirements. As of now, of course, we feel that it is something that we need to be watchful about but not necessarily something to lose sleep over. Because we do have at the moment the kind of reserves covered that do take care of eight to nine months of imports.”

“And so all I would say is, it all depends on how commodity prices evolve. In the last 2-3 months, they have dropped quite materially, but in the last few days, oil prices have firmed up a little bit. But these things, we just have to be very watchful… luckily, in good times we have built up the safety net or we have bought umbrellas that we can use in these times.” 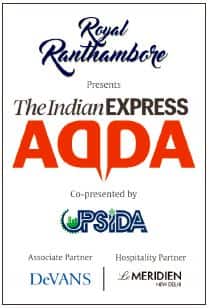 He said the country was strong on the macroeconomic stability front and that it could gear for growth in the coming years. “India enjoys a return to macroeconomic stability, and also prospects of growth not just in the current financial year, but subsequent years as well, which I think is something given the headwinds that we face and which might linger. I think it’s something that should make us feel relatively comfortable. Yes, we could… we should be able to grow much faster. But I mean, under the circumstances, to the kind of role position that we are seeing whether it is six and a half or seven or whatever… we should be somewhat relieved that these growth outcomes do materialise under the situation that we find ourselves in. It will be a creditable achievement,” he said.

On the day the rupee fell past the 82 level to a fresh record low of 82.33 per US dollar, Nageswaran said the domestic currency’s performance needs to be seen in the global context.

“If you look at the rupee’s performance in the course of the current financial year or current calendar year, it is one of the better ones. And I am not just talking about the emerging economies, including advanced currencies, such as the euro, the pound, the yen and the Korean won etc… The rupee has done far better against the US dollar … It is not a big historical low. No, it’s probably stronger than it was a year or two ago. So I think we need to sort of keep these kinds of headlines in perspective. I wouldn’t be worried about this being neither good nor bad because the reality is when the United States raises interest rates and when investors around the world become cautious, and flows of capital get affected and the dollar tends to appreciate against all currencies… Since the conflict broke out, it’s the story of dollar strength. It’s not a story of rupee weakness,” he said.