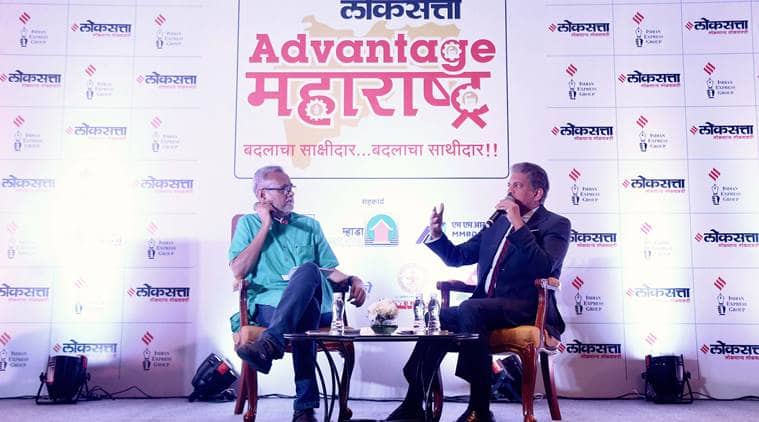 Leading industrialist and founder of the Mahindra & Mahindra Group, Anand Mahindra, while speaking at the Loksatta Advantage Maharashtra — Driving India’s Growth Engine conclave, said if an industrialist was investing in Maharashtra, then he was not competing with either Bihar or Chhattisgarh, but the rest of the world.

Reiterating a quote he said in 2018 at the Maharashtra Conclave Summit, Mahindra stated, “We are in Maharashtra because it is a state which understands reinvention and resilience. It understands how to reinvent itself and keep up with the time and it completely manages to stay tall despite all the risks.” He said under the new GST regime and with the philosophy of the Modi government, it was time for Maharashtra to rise again. Mahindra reasoned that Maharashtra was behind other states when it came to the IT industry was because of the high cost of land and accommodation.

“Young people will move anywhere where the cost of living is low but the quality of life is high. Somehow, we lost in that. If Maharashtra has to regain the need, it needs to use government’s intervention to find an enclave,” Mahindra said.

The conclave was inaugurated by Minister of Agriculture Anil Bonde on Monday followed by a valedictory speech by Water Resources Minister Girish Mahajan.

The day-long conclave had three sessions on Maharashtra’s agriculture, infrastructure and industry and saw the participation of senior bureaucrats and industry experts from the three fields.