Amritsar train accident: Chief Minister Amarinder Singh has ordered a magisterial probe into the incident which has claimed 59 lives and has sought a report within four weeks.

Victims of the Amritsar train accident being cremated at the Durgiana Temple Cremation ground. (Express Photo by Gurmeet Singh)

Amritsar train accident: Punjab Chief Minister Amarinder Singh on Saturday ordered a magisterial enquiry into the Amritsar mishap in which 59 people were killed and several others injured when two trains speeding in opposite directions mowed down people standing on the tracks near a railway crossing. The victims were watching a Ravan effigy being burnt at a Dussehra celebration. The CM, who visited the injured in the hospital, sought a report within four weeks.

At least 300 spectators were present at the Dhobi Ghat ground, barely 2 km from the Amritsar station, when the incident took place. Many of them stood on the tracks close to the Jaura Phatak crossing to get a better view and were taking videos of the burning Ravan as the first of the trains, 74643 Jalandhar-Amritsar DMU, ran them over.

The second train, the 13006 Amritsar-Howrah Express, sped past seconds later and some of those who had jumped on the second set of tracks to escape the first were caught under it.

Railways to launch massive anti-trespassing drive, budget to be 'no constraint'

Artists dressed as Ram, Hanuman, Sita and Laxman take part in a candle light march organised in Chandigarh to pay tribute to the victims of #AmritsarTrainAccident that claimed 59 lives. pic.twitter.com/hcx7B9rfvc

"(Navjot Kaur) Sidhu's lie that she was not aware of the people standing on the railway tracks is exposed. She is repeatedly being told, according to new video evidence, that there are people on the tracks and even if the trains arrive, nothing will happen to them," senior BJP leader Rajinder Mohan Singh Chinna said in a statement. He said the inquiry ordered into the incident by Punjab Chief Minister Amarinder Singh was a "mere eyewash". He alleged that Navjot Kaur Sidhu and Navjot Singh Sidhu were telling "one lie after another".

Gateman should have asked driver to slow train down: Navjot Kaur Sidhu

Former minister Navjot Kaur Sidhu said Saturday the gateman responsible for closing the railway barrier could have alerted the driver to slow down the train as several people were standing on the rail tracks. Sidhu was the chief guest of the Dussehra celebrations held near Joda Phatak here where 59 revellers were mowed down by a train. She was accused of leaving the site of the accident without bothering about the victims. She said several announcements were made from the stage at the event, requesting people to come inside the Dhobi ghat to watch the burning effigies. The railway man who was responsible for closing the barrier should have seen that Dusshera event was being held there, she said. "Could he not see the train coming and the people standing on the railway track? He was there on the spot. He could have alerted the driver to slow down the train.             (PTI)

40 of those killed in Amritsar mishap identified

Forty of the 59 people killed in the train accident near here have been identified so far and the bodies of 36 of were cremated, officials said Saturday. The bodies of four other persons, who belonged to Uttar Pradesh, have been sent to their hometowns by the district administration, an official said. The 36 bodies were cremated in batches at a ground near Shitla Mata Temple here in the presence of officials of the state government and family members of the deceased.

BSP chief Mayawati Saturday demanded that a thorough investigation be conducted into the Amritsar train accident and those found guilty of negligence be punished. Mayawati, in a statement released in New Delhi, expressed sadness over the death of 59 Dussehra revellers who were mowed down by a train while watching the burning of a Ravana effigy standing on the tracks near Amritsar.

It was quite shocking. There was an administrative failure on the part of the Punjab government. This is a case of section 304A of IPC (causing death by negligence). BJP demands justice for all those who have demised or are injured, says BJP's Sambit Patra to ANI

The present govt is taking the accident lightly as CM is saying that the inquiry report will come after 4 weeks. FIR should be registered on the statements of the victims. The inquiry should be done by the independent agency, says Sukhbir Singh Badal. He earlier visited the accident spot and cremation ground.

“The incident is tragic. We have learnt that some of the deceased belong to Bihar. Our condolences to all those who have lost their lives,” Kumar, who had served as railway minister under Prime Minister Atal Bihari Vajpayee, told reporters Saturday. A high level of alertness is required while holding any public function in the vicinity of a railway line, the chief minister said. “We do not know whether the Railways were informed in advance about the Dussehra programme. Whoever organizes events near tracks need to exercise great caution. The authorities, too, should take safety aspects into consideration before granting permission,” he said.

'We will be scared of Dussehra for our entire lives now'

“We will be scared of Dussehra for our entire lives now. It is now a black festival for us,” Suman Devi said, as she held the door of an ambulance and cried inconsolably as the body of her three-year-old nephew Sarthak was offloaded. Suman Devi’s younger brother Pardeep, 22, who had taken Sarthak to see the Raavan Dahan, also died in the accident. “Pardeep was about to get married. We were searching for a bride for him. When we reached spot, my brother had already died but Sarthak was still breathing. We took him to three hospitals and finally came here but he could not be saved,” Suman said. 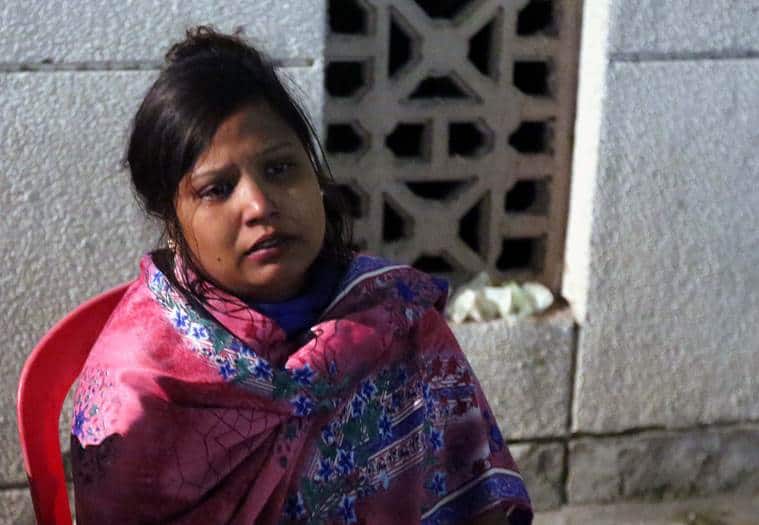 A mother who lost her son in the accident at the Civil Hospital is inconsolable. (Express Photo by Gurmeet Singh)

CM directs to issue advisory for sale of crackers during Diwali

CM Amarinder Singh has asked the home secretary to issue an immediate advisory for sale and storage of crackers during Diwali to ensure strict adherence to the safety rules and guidelines for the same. Taking serious note of the Amritsar train tragedy, the chief minister made it clear that no laxity would be tolerated in these matters. While the culpability in Friday's tragic incident would be fixed, it was imperative to ensure that such an incident was not repeated, he said.

‘Every year we stood on railway tracks, earlier there were warnings when train approached’

Most of the people who died or were injured in the tragic train accident during Dussehra festivities at Jora Phaatak of Amritsar on Friday were those living in colonies near railway lines. They have been living here for decades and watching the Raavan Dahan being held near the tracks, knowing well that it wasn’t safe. However, nothing untoward happened as it did on Friday when a train mowed down around 150 people and killed at least 59.

Most of the affected families work as small-time labourers, wood polish workers, sanitary workers, gardeners, painters among others. They are mostly migrants from Uttar Pradesh and Bihar settled in Punjab for earning the livelihood.

Also Read | ‘Every year we stood on railway tracks, earlier there were warnings when train approached’

No action against driver, railways not at fault, says MoS Manoj Sinha

Minister of State for Railways Manoj Sinha Saturday ruled out any punitive action against the driver of the train that mowed down Dussehra revellers in Amritsar, saying there was no negligence on the part of the national transporter and also advised people not to organise such events near tracks. "The incident was not a railways' fault. There was no lapse on our part and no action against the driver will be initiated. People should refrain from organising such events near tracks in future. I think if precaution had been taken, the accident could have been averted," he said.  (PTI) 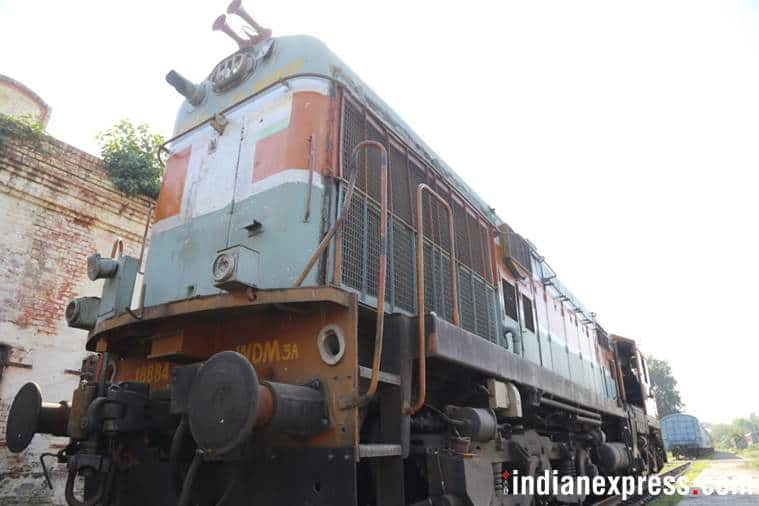 Sukhbir Singh Badal, President of SAD reaches Joda Phatak where the DMU train ran over people who were watching Dussehra celebrations in Choura Bazar yesterday. He says,"It is an unpardonable negligence. Strong action should be taken. It is a mass massacre."

Sukhbir Singh Badal, President of SAD reaches Joda pathak where the DMU train ran over people who were watching Dussehra celebrations in Choura Bazar yesterday. He says,"It is an unpardonable negligence. Strong action should be taken. It is a mass massacre." In Pics | Cremation of people who died in Amritsar Train Accident The incident bears a striking similarity to a 2012 train accident in Kerala where the Trivandrum-Kozhikode Jan Shatabdi Express struck down people who were standing on the tracks to watch fireworks, killing three and injuring one person.