The Opposition attack was led by Congress MP Shashi Tharoor, who called the Bill an “elimination Bill”. 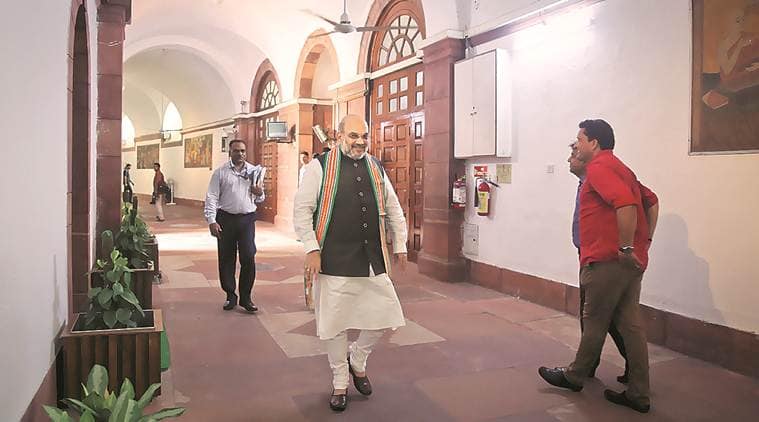 Amid loud protests from the Opposition, claiming that the government was trying to “dilute”and “eliminate” the Right To Information (RTI) Act, the Lok Sabha, where the BJP has a brute majority, cleared the changes to the landmark transparency law on Monday.

Terming the BJP-led NDA government’s move to amend the RTI Act to give the Centre the power to fix salaries, tenure, terms and conditions of the role of Information Commissioners (ICs), as “an insult to Parliament, Constitution and judiciary”, the Opposition called for a vote on the The Right to Information (Amendment) Bill, 2019. The Bill was passed with 218 votes in its favour and 79 against.

Explained | What has changed in RTI Act? Why are Opposition parties protesting?

During the debate on the Bill, Minister of State for Personnel Jitendra Singh rejected the Opposition’s charges, saying the amendment Bill was an enabling one and that the autonomy of ICs would not be impacted. He added that the Bill aimed at institutionalisation, streamlining and ease of delivery of the RTI Act.

The Opposition attack was led by Congress MP Shashi Tharoor, who called the Bill an “elimination Bill”. Claiming that the government was trying to dilute the “pathbreaking” Act, passed during the Congress-led UPA regime, Tharoor said the NDA government is trying to change it without “public consultation”or a scrutiny by parliamentary standing committees. “Why is the government desperate to rush through the Bill? Is it because the Central Information Commission (CIC) delivered an order on the Prime Minister’s educational details,” Tharoor asked. He demanded that the Bill be sent to a standing committee for further study.

The BJP’s Jagadambika Pal said the Opposition was trying to mislead people.

DMK’s A Raja alleged that the NDA government was trying to use its “numerical strength to dictate Constitutional values”. Countering the government’s argument that the post of the CIC could not be compared to the Election Commission, Raja said the EC directly draws its powers from Article 324 whereas the RTI derives from Article 19, which is a fundamental right and cannot be changed. “Without election, democracy can still function with an administrator, but without information, citizens cannot be empowered,” he said.

Terming the move to amend the Act as a “retrograde step”, Trinamool Congress MP Saugata Roy contended that independence and autonomy were keywords for the RTI but with the changes to the Act, they have been taken away. “Government does not like free information,” Roy said.

Danish Ali of the Janata Dal (Secular) accused the Centre of “bulldozing” national institutions. “In a few days, they will bring a law to ban speech also. You want to bulldoze every institution,” he alleged.

‘There is a world of women who can’t write their own stories’: Kalpana Sharma