American killed on Andaman island: ‘Please do not be angry with tribes or God if I die’

Indian officials are trying to get in touch with anthropologists to recover the body. 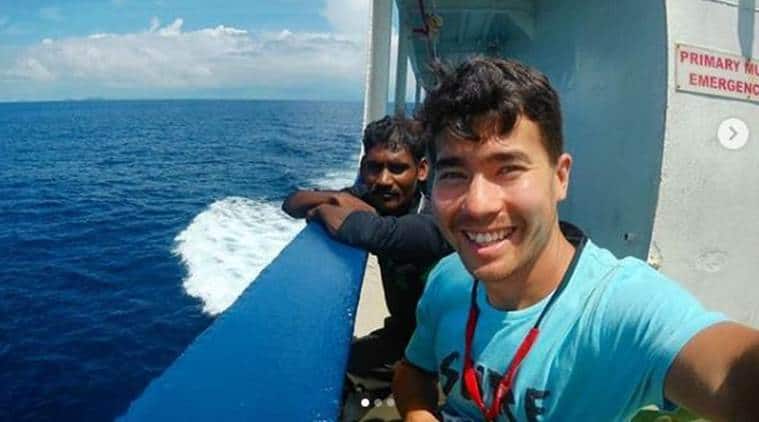 John Alley Chau (26) was shot dead by tribesman last week when he arrived at the North Sentinel Island, which is one of the world’s most isolated regions in the area and is off-limits to visitors. (Instagram/johnachau)

Hours before he was shot dead with arrows by an endangered tribe in the Andaman and Nicobar Islands, 26-year-old John Allen Chau had written a letter to his parents, asking them not to be “mad at them or at God” if he was killed.

Chau was shot dead by tribesmen last week when he arrived at the North Sentinel Island, which is one of the world’s most isolated regions in the area and is off-limits to visitors. He wanted to convert the tribes to Christianity.

In the letter dated November 16 and which was later obtained by DailyMail.com, Chau told his parents, “You guys might think I’m crazy in all this but I think it’s worth it to declare Jesus to these people. Please do not be angry at them or at God if I get killed.”

“Rather please live your lives in obedience to whatever he has called you to and I’ll see you again when you pass through the veil. This is not a pointless thing – the eternal lives of this tribe is at hand and I can’t wait to see them around the throne of God worshipping in their own language as Revelations 7:9-10 states.” Chau with a group of students around Mount Adams. (Instagram/johnachau)

“I love you all and I pray none of you love anything in this world more than Jesus Christ,” he said.

Chau signed off the letter with his name and ‘Soli Deo Gloria‘, which is Latin for Glory to God alone.

Besides the letter, Chau had also penned down several journal entries in which he expressed his desire and commitment to spreading the word of God among the tribe.

“They had two arrows each, unstrung, until they got closer. I hollered ‘My name is John, I love you and Jesus loves you’,” he wrote.

“I regret I began to panic slightly as I saw them string arrows in their bows. I picked up the fish and threw it toward them. They kept coming.”

He later wrote in his journal, “Well, I’ve been shot by the Sentinelese… By a kid probably about 10 or so years old, maybe a teenager, short compared to those who looked like adults.”

“A ‘little kid shot me with an arrow – directly into my Bible which I was holding,” he wrote. 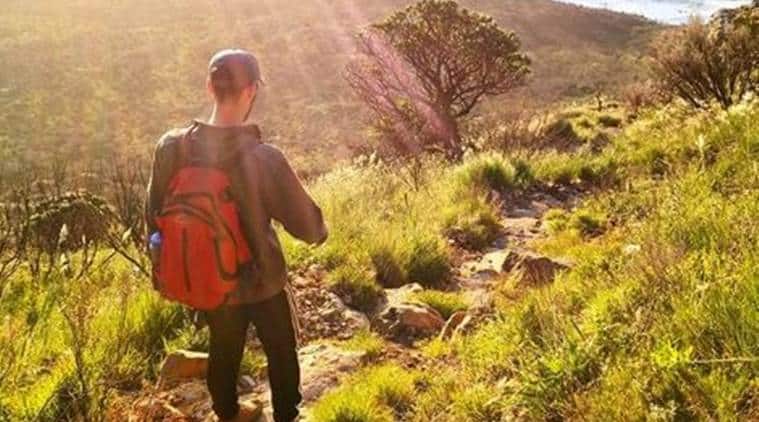 On November 15, Chau, who had paid local fishermen to take him to the concerned spot, was shot by the Sentinelese tribe after arriving on the island, fishermen who help him get there told reporters. (Instagram/johnachau)

“If you want me to get actually shot or even killed with an arrow then so be it. I think I could be more useful alive though…,” he added.

Chau also said, “I don’t want to die! Would it be wiser to leave and let someone else continue? No. I don’t think so. I still could make it back to the US somehow as it almost seems like certain death to stay here.”

“Why did a little kid have to shoot me today?.. Father, forgive him and any of the people on this island who try to kill me…”

Providing a brief description about the moment he was initially shot at, Chau said, “I  heard the whoops and shouts from the hunt. I made sure to stay out of arrow range, but unfortunately that meant I was also out of good hearing range.”

“So I got a little closer as they (about 6 from what I could see) yelled at me, I tried to parrot their words back to them. They burst out laughing most of the time, so they probably were saying bad words or insulting me,” he added,

“They were also yelling into the forest behind the hut which they made in drumming sound, if I can recall. Perhaps their men were away which would explain why the only ones yelling at me looked fairly juvenile.” 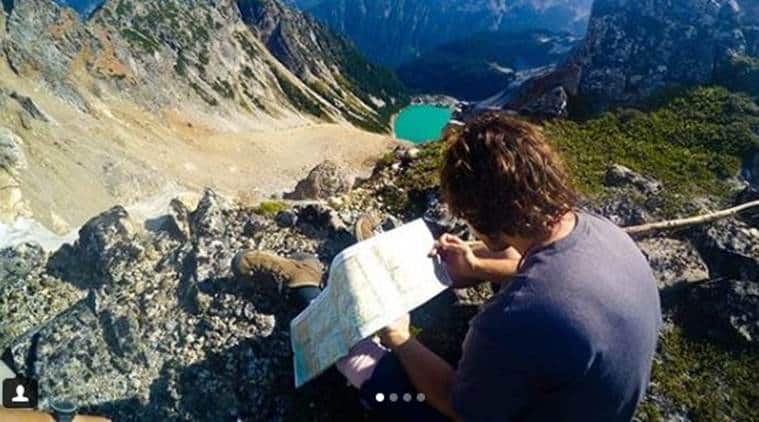 “Sorting through photos and realized that this is the first year since 2015 that I haven’t done an expedition into the North Cascades,” Chau had posted on the site in July this year. (Instagram/johnachau)

He wrote: “I spotted one man wearing a white crown or something (flowers maybe?) on his head and he also took a seemingly leadership stance… yelled at me. Leadership stance meaning he climbed atop the tallest coral rock to yell.”

On November 15, Chau, who had paid local fishermen to take him to the concerned spot, was shot by the Sentinelese tribe after arriving on the island, fishermen who help him get there told reporters. While the American was able to safely return to the boat, he once again made his way to the island on the following day, which is when the fishermen later saw the tribe dragging his body away.

Indian officials are trying to get in touch with anthropologists to recover the body.

The Indian Police have registered a case of murder against “unknown tribesmen” while seven people – the fishermen who took him to the island – have been arrested.

The Sentinelese, the tribe who killed Chau, cannot be prosecuted as contact with them is illegal in a bid to protect their indigenous way of life.