Alwar lynching: Named in dying statement, not questioned and ‘not guilty’ 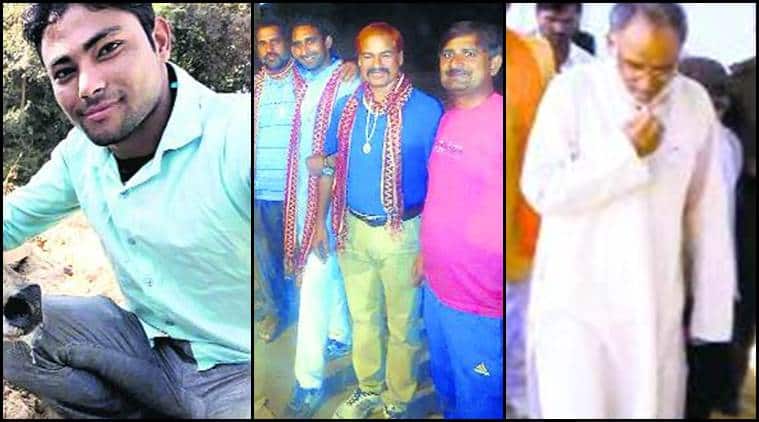 In his statement to Alwar police before his death in April, dairy farmer Pehlu Khan, 55, had said: “… About 200 men stopped our pick-up and started abusing and assaulting us. While assaulting, they were taking the names Om Yadav, Hukum Chand, Navin Sharma, Sudheer, Rahul Saini and Jagmal between them and saying that they are members of Vishwa Hindu Parishad and Bajrang Dal. They said whoever passes through Behror with cows will be beaten up like this.”

The six men he named were wanted by Rajasthan police on various charges, including murder. Five months later, police have found them not guilty following an investigation during which the men, declared absconding, could not be questioned. Pehlu, his two sons and others were attacked, allegedly by gau rakshaks, on April 1 while on their way to Haryana after buying cattle from Jaipur. Pehlu died two days later.

The six he named were initially wanted under IPC sections 143 (unlawful assembly), 323 (voluntarily causing hurt), 341 (wrongful restraint), 308 (culpable homicide), 379 (theft) and 427 (destruction of property). Following Pehlu’s death, 302 (murder) was added. Having found them not guilty, police have withdrawn the reward of Rs 5,000 they had announced on each of the six men. “We have withdrawn the reward against the six persons after an investigation by CB-CID into their role,” Alwar SP Rahul Prakash told The Indian Express. The probe was transferred to Rajasthan CB-CID from Alwar police in July.

“They [the six accused] have been found not guilty mainly because of three reasons: first, they are not seen anywhere in the video recordings. Second, their location, as per their mobile phones, was found not to be on the spot. Third, the witnesses said that these six were at Dehmi gaushala, and not on the spot [of assault],” Prakash said.

“Yes, there is no doubt that a man’s dying declaration is a very important part of investigation but we also have to look at other facts,” he said.

The CB-CID recently sent a report to Alwar police recommending the removal of the names of the six as they were found “not guilty” after an investigation, which included statements of policemen and employees of a gaushala at Dehmi.

“This is betrayal. We heard the names [of the accused] too. We will seek an inquiry again,” said Pehlu’s son Irshad, who had been with him during the assault.

#Hukum Chand, among the six named by Pehlu, managed Rajeshwar College and also worked there as physical training instructor.

#Navin Sharma taught accounts in the same college and was reportedly very popular.

#Jagmal Yadav, aged over 70, ran the Dehmi gaushala in Behror as its caretaker, having retired from a government college in Haryana. He also ran Manav Jagriti Manch that, among its activities, rewarded meritorious school students after raising funds from the public.

#Om Prakash Yadav is known as a local strongman who owns several shops and land along the highway where Pehlu was attacked, as well as the Behror dealership of a water purifier company. His wife, Nidhi Yadav, is a corporator with Behror Nagar Palika.

#Rahul Saini, M Com, is unemployed and used to help his father at a tyre repair shop.
Sudheer, the sixth named by Khan, helped run a 24-hour “cow helpline” in Behror.

Deepak and Bhim Rathi remain absconding while seven others were arrested on the basis of video footage.
Vipin Yadav, 19, Ravindra Kumar, 30, and Kalu Ram, 44, among the seven arrested, have been granted bail by Rajasthan High Court. So have two juveniles. Vipin was a students’ union president at Behror Government College. Ravindra worked at Kailash Hospital, where Pehlu and the others injured were admitted. Kalu Ram is a transport agent.

The bail petition of the other two —Dayanand, 47, and Yogesh Kumar, 30 — is pending before the High Court.
On the evening of April 1, there were two assaults. Near Jagwas crossing, three canters and a pick-up carrying cattle were stopped. The second assault, on Pehlu and others, took place an hour later, near Shaheed Ramkumar crossing, about 1 km from Jagwas.

Witness statements recorded by police were mostly of gaushala workers and cops of Behror police station. Gaushala workers Sonu, Harish, Santram and others had claimed that the six men were escorting the cattle “rescued” from the first incident and were in the gaushala between 6:30 pm and 7:30 pm.

Assistant sub-inspectors Vikram Singh and Raguveer Singh of Behror police station, who were on the site of the first incident, had said during the probe that VHP members had stopped the vehicles which were taken to Dehmi gaushala with the cattle. The policemen had not, however, named anyone.