Buried in Alps after 1966 plane crash, Made in India gems on show soon

🔴 These were part of the wreckage of a Mumbai-Geneva Air India passenger flight that crashed near the Mont Blanc summit on January 24, 1966, and killed all 117 passengers aboard, including nuclear scientist Homi Jehangir Bhabha. 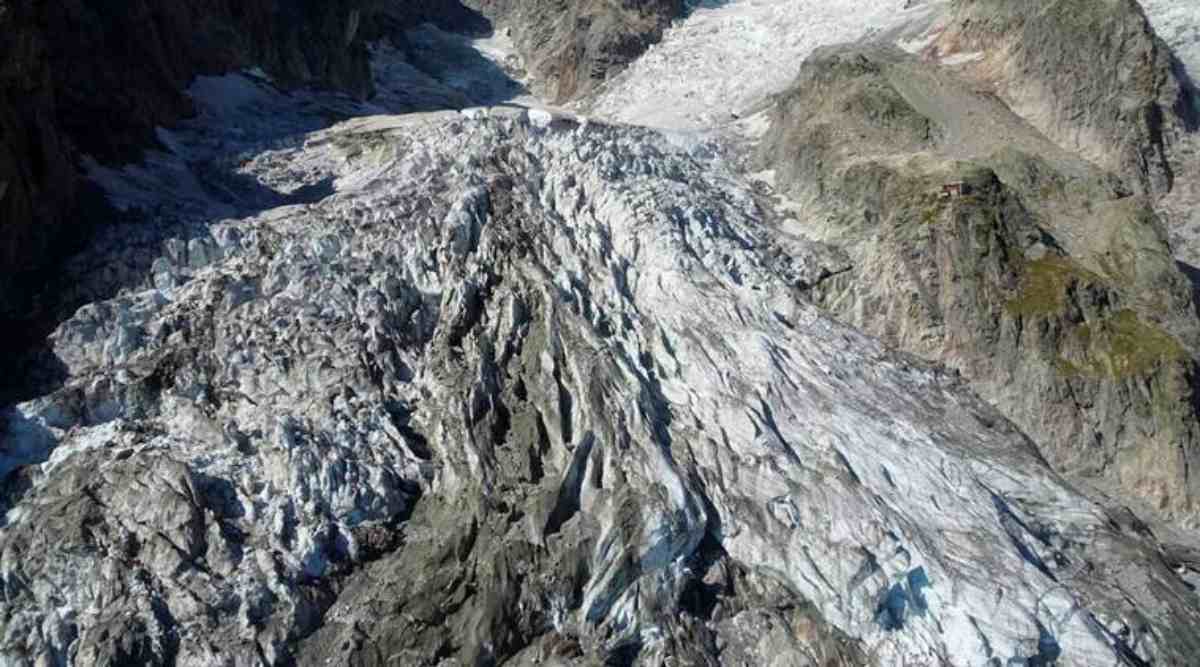 This photo taken on Friday, Sept. 20, 2019 shows the massive Planpincieux glacier, located in the Alps on the Grande Jorasses peak of the Mont Blanc massif, which straddles the borders of Italy, France and Switzerland and contains the highest peak in Western Europe. (Comune di Courmayeur, Fondazione Montagna Sicura via AP)

BEGINNING NEXT Sunday, December 19, the municipality of Chamonix, a French resort area at the base of Mont Blanc in the Alps, will display gems from India that lay buried in the Alps for almost 50 years. These were part of the wreckage of a Mumbai-Geneva Air India passenger flight that crashed near the Mont Blanc summit on January 24, 1966, and killed all 117 passengers aboard, including nuclear scientist Homi Jehangir Bhabha.

In a December 3 Facebook post “Le tresor du Kangchenjunga revele (Kangchenjunga Treasure Revealed)”, the Municipality of Chamonix-Mont-Blanc said, “In 1966, the crash of Kangchenjunga, Air India plane, in the Massif of Mont-Blanc killed 117 victims. In 2013, emeralds and sapphires were discovered on the Bossons glacier. After a search for heirs turned out to be fruitless, the stones were shared this week between the municipality of Chamonix and the discoverer.”

A report in The Washington Post said a young mountaineer had, in 2013, climbed atop a glacier and found a box with “Made in India” written over it. Inside, he discovered a trove of emeralds and sapphires which he handed over to the local police.

“On Friday — eight years later — authorities announced that, because their efforts to find passengers’ heirs had proved fruitless, the anonymous climber would split the treasure with Chamonix, a French village that sits on the country’s eastern edge and shares borders with  Switzerland and Italy,” the report said.

The Facebook post by the Chamonix town officials said the municipality’s share of gems would be placed in the Chamonix Crystal Museum, which in its renovated form will be open to public from December 19.

According to the report, Chamonix Mayor Eric Fournier told Agence France-Presse he was “very happy” that the question of the gems’ ownership had been answered. He praised the mountaineer for his “integrity” in turning over the treasure to authorities, which is required by law, the report said.

“After learning earlier this year that he would get some of the jewels, the climber told Le Parisien newspaper he didn’t ‘regret having been honest’ and said he would renovate his apartment with some of the money generated by selling them off, according to the Guardian,” the report said.

According to the report, investigators probed the cause of the crash for more than a year. They concluded it happened because the pilot thought he had already cleared the mountain range as he descended for landing, the report said. The pilot reported to air traffic control where he believed the plane was; even though a controller gave the pilot the plane’s actual location, the correction was misunderstood, it said.