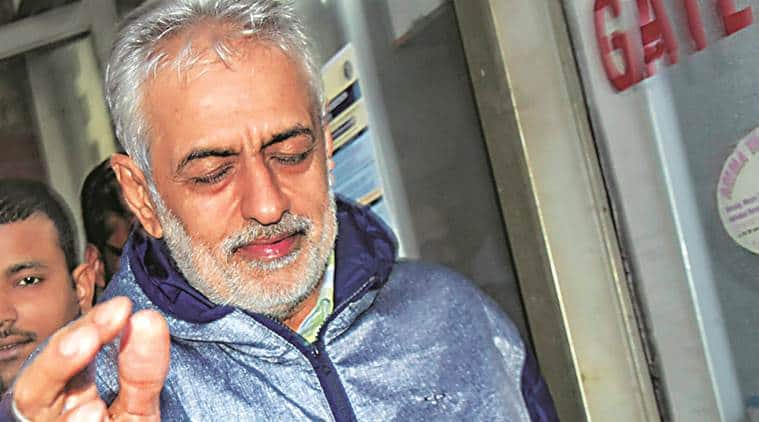 Three years after Indian Airlines signed a deal to purchase 43 aircraft from Airbus, the aircraft manufacturer incorporated a company in partnership with consultant Deepak Talwar and, another three years later, transferred USD 10.5 million in its accounts, investigations by the Enforcement Directorate (ED) have found.

The payments were made in two tranches of USD 4.5 million and USD 6 million to Auctus Capital PTE Ltd in 2012, three years after the company was incorporated, and almost six years after the deal between Indian Airlines and Airbus had been signed.

Flown to India from the UAE late last month, Talwar is being probed by the ED for alleged money laundering. The ED and CBI are probing acquisition of 111 aircraft by Indian Airlines in 2006 at a cost of Rs 70,000 crore.

Documents accessed by The Indian Express from Singapore’s Accounting and Corporate Regulatory Authority (ACRA) show that the company was incorporated in August 2009 with Airbus SAS, France, as 49% shareholder. The remaining shares (11,53,058) were held by Asiapec Alternative Investments PTE Ltd.

Among the three directors (or authorised representatives) in Auctus Capital PTE Ltd was Aditya Talwar, son of Deepak Talwar — Aditya now holds Antiguan citizenship. The ED told a Delhi special court recently that Asiapec was a company run by Deepak Talwar and was linked to the Air India-Airbus deal.

According to the ED, Airbus transferred USD 4.5 million to Auctus on August 29, 2012. Almost a month later, on September 24, 2012, it made another transfer of USD 6 million to the company.

Reached for comments, a spokesperson for Airbus said: “We do not comment on any ongoing investigation. We have cooperated with the Indian authorities in the past and will continue to do so.”

Talwar’s lawyer Tanvir Ahmed Mir denied any wrongdoing on the part of his client and said Talwar had nothing to do with any of the companies ED was mentioning. “ED is indulging in kite flying. I deny any kind of payment made to Mr Talwar directly or indirectly. Without any confirmation from Airbus obtained through issuance of a letter rogatory, it is sinful to accuse my client and defame him in public domain. Mr Aditya Talwar has no concern with Airbus or any of these deals. He is not a beneficiary,” Mir said.

The ED is already probing the transfer of over Rs 90 crore by Airbus to Advantage India, an NGO run by Deepak Talwar. According to CBI and ED, which have both registered a case of misuse of this money, the funds were given to Advantage India under corporate social responsibility for medical and educational purposes but were diverted for personal use by Talwar.

Mir said that Advantage India received money from Airbus but all its transactions were clean and all necessary documents had been provided to CBI and ED.

According to ED, when the proposal to buy 43 aircraft from Airbus was sent to the Cabinet, the Cabinet Committee on Security (CCS) put a condition that the aircraft manufacturer would have to build training facilities and MRO (Maintenance, Repair and Overhaul) centres at a cost of USD 175 million. But when the purchase order was placed with Airbus by Indian Airlines, ED sources claimed, this condition was dropped.

“This effectively led to a loss of Rs 1,000 crore to the exchequer. We are questioning officials from both the Civil Aviation Ministry and Indian Airlines,” a senior ED official said.

The agency has earlier summoned top Airbus officials for questioning in the case.

The CBI and ED are probing four different cases in the matter which relate to the Air India-Indian Airlines merger, purchase of 111 aircraft from Boeing and Airbus, alleged deliberate ceding of profitable routes and schedules to private airlines, and opening of certain training institutes with foreign investment.

In a report tabled in Parliament in January 2012, the Comptroller and Auditor General (CAG) had flagged these alleged irregularities and called the decision to acquire 111 planes by Air India “a recipe for disaster” which should have raised alarm in the government. It said that the aircraft acquisition through debt had “contributed predominantly” to the airline’s massive debt liability.