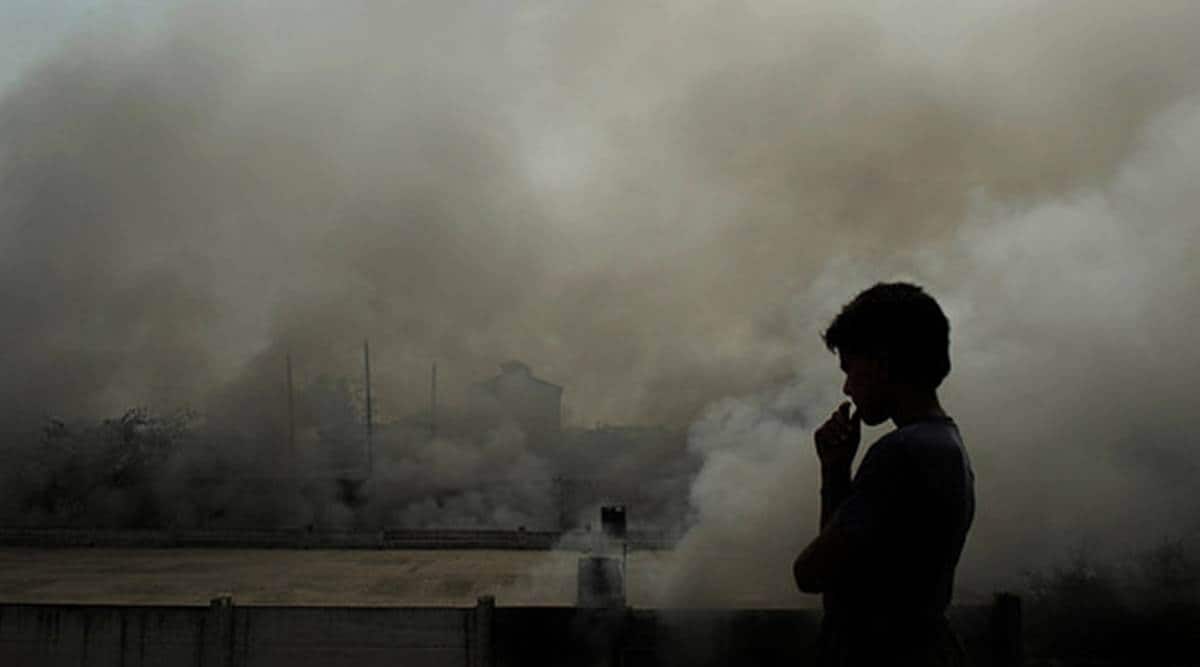 The study also found that 436 cities/towns with a population of more than 1 lakh in 2019 exceeded National Ambient Air Quality Standard (NAAQS) of 40 micrograms per metric cube (μg/m3).

While the Indo-Gangetic Plain continues to be the most polluted region in the country – in fact in the whole world – in terms of PM 2.5 levels, the rate of increase in pollution levels in southern and eastern India is far greater than the Gangetic plain between 2000 and 2019, a study commissioned by the Central Pollution Control Board has found.

The study, jointly carried out by IIT-Delhi and CPCB, has also found that air pollution in rural areas has increased at par with urban India, a phenomenon that is rarely discussed with air pollution policies continuing to focus on urban centres.

The study, conducted on the basis of satellite data, is the first of its kind to look at air pollution spatially. It found that the rate of increase of PM2.5 over eastern and southern India is more than 1.6 per cent per year during this period, and less than 1.2 per cent annually in the Gangetic plain.

The study also found that 436 cities/towns with a population of more than 1 lakh in 2019 exceeded National Ambient Air Quality Standard (NAAQS) of 40 micrograms per metric cube (μg/m3). “We are currently in the process of collating and analysing the 2020 data as well. Over the next few years, we expect the data to show that a decrease in pollution levels, especially in rural areas, due to the Ujjwala scheme, as a major contributing factor (to air pollution) here is household emissions,’’ the study’s author, Sagnik Dey of IIT-Delhi, said.

Dey said spatial mapping of pollution will be vital for the government to form its future policies under the National Clean Air Programme.

Fine particulate matter – or PM2.5 – is a major pollutant affecting the environment, human health and the climate. According to the study, population-weighted 20-year averaged PM2.5 over India is 57.3 μg/m3, with a larger increase observed between 2010 and 2019 than in the 2000-09 period.

Health| Is there a link between air pollution and COPD?

“Poor air quality across the urban–rural transact suggests that this is a regional scale problem, a fact that is often neglected,’’says the study.

The study reports that ambient PM2.5 exceeds the annual NAAQS of 40 μg/m3 in every state except Jammu and Kashmir (now UTs of J&K and Ladakh), Himachal Pradesh, Sikkim, Arunachal Pradesh, Manipur and Nagaland.

As of 2019, 99.5 per cent districts in India did not meet WHO’s air quality guideline of 10 μg/m3. The PM2.5 level in the Gangetic plain, which has a population of more than 70 crore, and the western arid region is more than double the annual NAAQS, the study notes.

Between 2000 and 2010, PM2.5 over India showed a significant increase over Jharkhand, Chhattisgarh, Odisha, Telangana, Andhra Pradesh, Tamil Nadu, Kerala, and parts of Karnataka, Maharashtra and the Northeast, while it decreased over J&K (including Ladakh), Himachal Pradesh, and the desert region, the study says.

Between 2010 and 2019, increase was found to be significant in West Bengal, Odisha, Telangana, Maharashtra, and parts of Gujarat, Karnataka, Bihar, Uttar Pradesh, Madhya Pradesh and Uttarakhand, while decline was recorded over eastern part of J&K (now UT of Ladakh) and parts of Rajasthan.

Dey said: “While in absolute terms the level of air pollution continues to be the highest in the Gangetic plains, the rate of increase in air pollution is much higher in southern India and certain areas of eastern India, such as Odisha and Chhatisgarh, than the increase in IGP…. Our concern is that the focus continues to be on IGP, but if we don’t start addressing increasing pollution (levels) in southern and eastern India right now, then in another 10 years these regions will also have the same problem as northern India does.”

The study says: “High PM 2.5 in rural area is not surprising, as a large fraction of the population still relies on solid fuel for domestic use…. Household sources are found to be the largest contributor to ambient PM2.5 in India. This implies that poor air quality in India is not an urban-centric problem. As PMUY is rolled out, it lacks a mechanism to track its progress. Since the household sources contribute more than 50% to ambient PM2.5 in rural areas, successful implementation of PMUY with sustained usage should arrest or even reverse the increasing trend in rural PM2.5 in recent years.”