The incident was "condemnable" and the explanation of the IIT-M Management on the issue was "not acceptable," AIADMK leader and fisheries minister D Jayakumar said 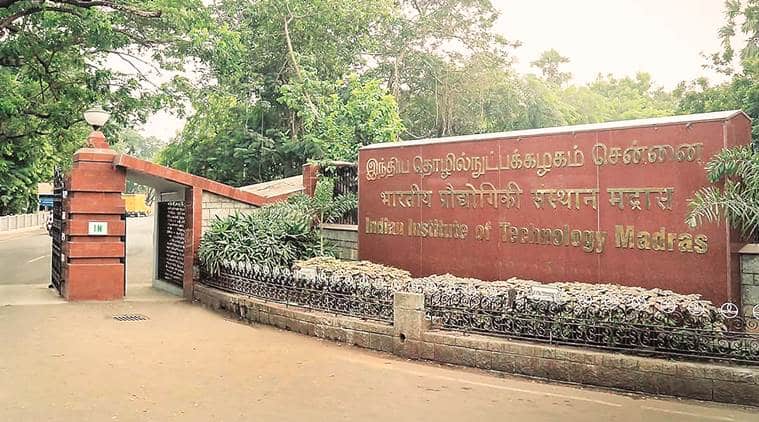 Ruling AIADMK Tuesday lashed out at IIT Madras for the Tamil anthem not being sung at an official event, saying it was ‘completely wrong’ and that the government would not accept any such traditions being given a miss. Senior AIADMK leader and fisheries minister D Jayakumar said that irrespective of whether it was a central or state government institution, it was a “tradition” to play the Tamil Thaai Vazhthu, as well as the national anthem.

“The Amma (late Jayalalithaa) government will never accept anything that is tantamount to throwing away such traditions,” he told reporters here. It was “completely wrong,” he said, and recalled Prime Minster Narendra Modi’s recent remarks pointing out that Tamil was older than Sanskrit language.

The incident was “condemnable” and the explanation of the IIT-M Management on the issue was “not acceptable,” he added. Rendering of a Sanskrit invocation song at an event at IIT-M, attended by union ministers Nitin Gadkari and Pon Radhakrishnan on Monday had triggered a controversy with some opposition parties, including DMK and MDMK, questioning why the Tamil anthem was not sung.

‘Maha Ganapathim Manasa Smarami’, penned by late composer Muthuswami Dikshithar, was sung at the start of the foundation stone laying ceremony of National Technology Centre for Ports, Waterways and Coasts, to be set up along with the city-based technical institution. IIT,M Director Bhaskar Ramamoorthy, who was present at the event, had clarified that the institution does not issue any directions to students for a particular song to be sung.

“We do not issue any directions to the students. It is they who choose the invocation song and render it on such occasions,” he had said. Meanwhile, the BJP’s state unit lashed out at those criticising the singing of the Sanskrit song, saying people were aware of those “doing politics” using the language.

“People can make out what is constructive politics and what is hate politics. They know who is doing politics in Tamil Nadu using Tamil,” BJP state President Tamilisai Soundarrajan said. In a statement, she said none can henceforth do “language politics” in the state.

She alleged the controversy erupted so as to “conceal” various development initiatives announced by Gadkari as well as Union Petroleum Minister Dharmendra Pradhan for Tamil Nadu. Gadkari was here on Sunday and Monday while Pradhan attended a couple of official events here today.

Taking a swipe at DMK leader M K Stalin, who criticised the Tamil anthem not being sung, she said the NDA has proposed more projects for Tamil Nadu than the previous Congress-led UPA, in which DMK was a key constituent. Reiterating her party’s commitment for Tamil,she recalled Prime Minister Narendra Modi greeting people in that language during meetings here.

Opposition parties like DMK, Congress, VCK and the Left parties were making it an issue “since they can survive only using the language,” she charged. The students who sung the Sanskrit song did it out of their own volition, she added.