Agriculture exports: How it has the potential to transform Indian farm sector

There’s a need to come up with a new model of growth through focused value chains. When it comes to exports, there are several key issues that affect the various stakeholders concerned. 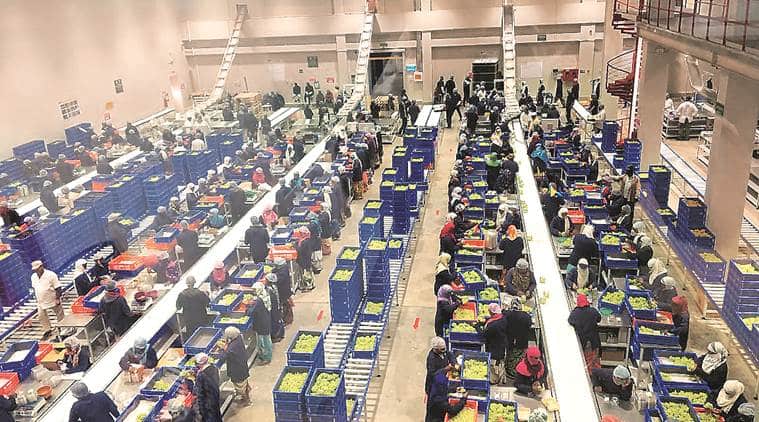 It is clear that we are more constrained on the demand side than on the production side. And it is demand that’s also driving farmers’ income.

It’s almost sardonic that when you type “agrarian” in Google, it invariably suggests “crisis” as the following word. In 2019, the Indian farm sector grew minus 0.1% year-on-year in January-March and 2% and 2.1% in the next two quarters. A host of reasons have affected the sector’s growth, from a slump in rural demand and liquidity crunch (especially post the collapse of IL&FS) to the overall slowdown in the economy, slump in rural demand and liquidity crunch.

However, production-wise, we are actually doing not all that bad in agriculture. In fact, as the NITI Aayog member Dr Ramesh Chand has shown, a mere 5% increase in farm output today can lead to price crashes in excess of 30%. It is clear, therefore, that we are more constrained on the demand side than on the production side. And it is demand that’s also driving farmers’ income.

There are two sources of creating demand for agri commodities — domestic and global. Given the innate vagaries of the domestic value chain and subdued consumption sentiment, it is important to focus on the exports value chain. India now fares miserably compared to its global peers here. We are the world’s second largest farm producer, but the country doesn’t figure in the ranks of the top 10 exporters and has a measly 2.2% share of the $1.6 trillion global agri trade. India has, moreover, not leveraged its position as the second largest horticulture producer. Smaller countries such as Thailand and Egypt fare better than India in horticulture exports.

There’s a need to come up with a new model of growth through focused value chains. When it comes to exports, there are several key issues that affect the various stakeholders concerned. The most crucial are our farmers, who cultivate fractured landholdings and are often not updated on the global demand trends, whether it pertains to the varieties to grow or quality and the safety standards to be maintained. Further, even when they are, investing in post-harvest processing, cold chain or branding requires capital, which isn’t tenable for a small farmer. Thus, there is an imperative to bring scale to agricultural operations through, say, farmer producer groups or organisations (FPO).

At Mahindra, we have found some success in export of grapes. In the last 15 years, we have been able to achieve export of over 9,000 tonnes annually to global consumers across Europe, Asia and Canada. This has been on the back of promoting export-oriented production of grapes, interventions taken to increase yield and reduce use of pesticides. In addition we have ensured a transparent supply chain, garnered international food certifications and partnered with clusters of farmers in focused districts. In this journey, we have also been helped by the government through transfer of knowhow from its research organisations and incentives to undertake capital expenditures. All of this enabled us and our farmers to ‘rise’ — which is also the company’s logo. Many of our grape farmers have reported income increases of over five times after our interventions. It wouldn’t be a hyperbole to call them a poster-child for exports.

Can we replicate this model across the country? Given the backdrop of 10,000 FPOs that the 2019-20 Union Budget has targeted to set up in the next five years, I propose that a ‘Public-Private-Farmer Group Partnership’ model could be the way ahead for pushing agri exports from India. This model can receive a boost through establishing crop-specific councils with representation from the Agricultural & Processed Food Products Export Development Authority, the ministries of agriculture and commerce, big FPOs, corporates and SMEs, with some experience and interest in developing agri value chains. These councils need to be adequately funded by the government for carrying out market research, building strong brands and setting up common infrastructure (the Basmati Export Development Foundation is a good model).

Given the huge export opportunity and with a robust implementation model, I am confident that this approach can contribute to the government’s vision of doubling farmers’ income and ultimately transform the narrative from “crisis” to “agrarian prosperity”.

Hot Tuber: Chips are up for aloo again