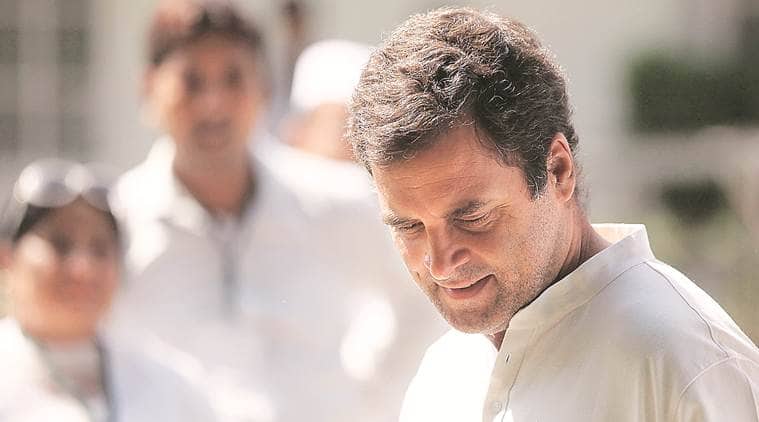 AT LEAST 35 Congress leaders, who are also office-bearers of the Uttar Pradesh Congress Committee (UPCC), Saturday resigned from their posts in a show of support for party national president Rahul Gandhi and claiming that they were all responsible for the party’s debacle in the recent Lok Sabha polls.

The party’s media coordinator, Rajiv Bakshi, who is among those offered resignation, Bakshi said, “We have taken the decision collectively and we feel that it is not just Mr Rahul Gandhi who should be held responsible for the Congress’s performance in the Lok Sabha polls. We should all share the blame and we want Mr Gandhi to continue in his post and restructure the party as he feels is required.”

With UP set for bypolls to 12 seats, BJP assigns senior ministers to prepare ground