This is one of the several key incidents related to his career that has been brought to light by Gogoi, who is now a Rajya Sabha MP, in his autobiography titled Justice for the Judge. 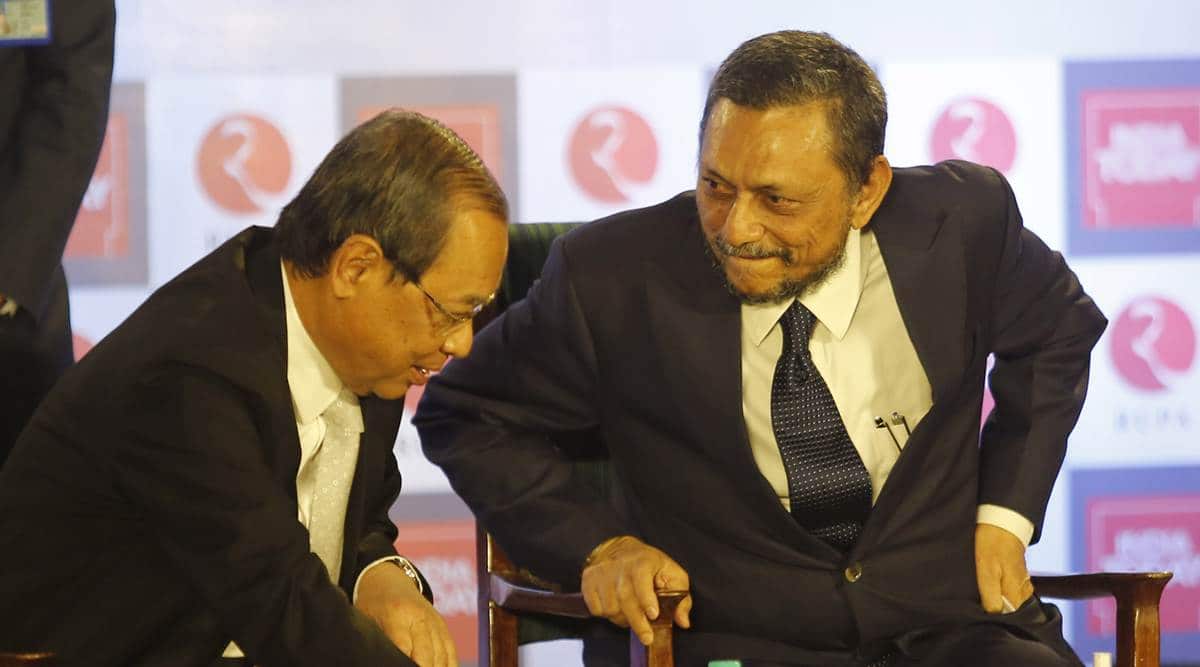 After delivering a unanimous verdict in the Ram Janmabhoomi-Babri Masjid case on November 9, 2019, the then Chief Justice of India Ranjan Gogoi took his colleagues, who were part of the bench, for a dinner to Hotel Taj Mansingh and ordered their best wine.

This is one of the several key incidents related to his career that has been brought to light by Gogoi, who is now a Rajya Sabha MP, in his autobiography titled Justice for the Judge: An Autobiography, from the press conference in 2018 by four senior judges and allegations of sexual harassment against him to decisions taken during his tenure by the Supreme Court collegium.

Referring to the evening after delivering the Ayodhya verdict, Gogoi writes: “After the judgement, the Secretary General organised a photo session in the judges’ gallery outside Court No 1, below the Ashoka Chakra. In the evening, I took the judges for dinner to Taj Mansingh Hotel. We ate Chinese food and shared a bottle of wine, the best available there. I picked the tab, being the eldest.”

On the decision of the collegium to withdraw its recommendation to appoint Justice Akil Kureshi as Chief Justice of Madhya Pradesh High Court and appoint him instead as Chief Justice of Tripura High Court, Gogoi writes that it was to “avoid a confrontation between the constitutional bodies.”

“On 10 May 2019, Justice Kureshi was recommended by the collegium for appointment as Chief Justice of the Madhya Pradesh High Court. In the process of consultation, the law minister in his letter dated 23 August 2019 expressed the objection of the Union government to the recommendation. The objection was based on a negative perception flowing from certain judicial orders passed by Justice Kureshi. It would have done nobody any good if the objection of the government had come into the public domain,” the ex-CJI writes.

Also Read |SC verdict on Ayodhya became right judgment only because both sides accepted it: Chidambaram

Incidentally, Justice Kureshi was transferred from Tripura to the Rajasthan High Court as Chief Justice in September this year. The issue of his elevation as Supreme Court judge had virtually stalled the collegium’s conduct for over two years.

In his book, Justice Gogoi also writes that the collegium had decided in principle to recommend two High Court judges, Justices Pradeep Nandrajog and Rajendra Menon, as judges of the Supreme Court but did not go ahead as the discussions were leaked to the public.

“Though we had agreed on them at the collegium meeting, the names of Justices Nandrajog and Menon had not been sent to the law minister as per procedure. In fact, the letter to the law minister was yet to be drafted. Having talked to Justice (Madan) Lokur, I decided to keep the matter in abeyance,” Gogoi writes. Justice Lokur was then the second most senior judge of the Supreme Court.

In a chapter titled “Supreme Allegations and My Quest For The Truth”, Gogoi writes about the allegations of sexual harassment levelled against him by a staffer of the Supreme Court.

When the allegations came to light, Justice Gogoi had convened a special sitting of the Supreme Court on a Saturday (April 20, 2019) and presided over the bench. However, despite his presence on the bench, he refused to sign the order in the case titled “In Re: Matter of Great Public Importance Touching upon the Independence of the Judiciary”.

Speaking at the book launch Wednesday, Gogoi said that he regretted being part of that bench. “In hindsight, I should not have been a judge on the bench. It might have been better if I was not part of the bench. We all make mistakes. No harm in accepting it,” he said at the event.

However, in his book, Gogoi characterises his actions differently. “This unscheduled hearing on Saturday, which has been much talked about, was extremely short. In fact, there was no hearing at all. I expressed my indignation at the allegations and maintained that it was an attempt by certain unknown quarters to jeopardise the functioning of the CJI. At the end of the hearing, a very innocuous order was passed,” he writes in the autobiography.

On the 2018 press conference by Justices Gogoi, Jasti Chelameswar, Madan Lokur and Kurian Joseph, Gogoi writes in the book that although he believed it was the right thing to do, he did not “expect” a press conference but only a meeting with a few journalists.

“12 January 2018 was a Friday, a miscellaneous day. Immediately after miscellaneous work, around 12 noon, I went to Justice Chelameswar’s residence. What I saw there shocked me: the press was in full attendance, several cameras were set up on the back lawn of his residence, which was the venue of the meet. Outside there were several OB vans,” he writes.

“I did not expect this; what I had understood by Justice Chelameswar’s expression ‘let us meet the press’ was a meeting with a few/some journalists. Anyway, there was no way out now. Not that I wanted to make a retreat; I had committed to addressing the press and I believe till today that, given the circumstances, it was the right thing to do, though very unusual,” the ex-CJI writes.

“I did not even remotely think that there was anything wrong in accepting the offer or that it would be inviting the kind of adverse comments that eventually cropped up, including opinions that the Rajya Sabha seat was a quid pro quo for judgements delivered in the Rafale and Ram Janmabhoomi cases. Even in my wildest imagination, if it had occurred to me that people would have publicly aired their ‘views’ and ‘thoughts’ in such a manner, I would probably have thought twice before accepting nomination,” he writes in the autobiography.