Nooristani completed her term as Chairperson this year, but continues to serve as one of the eight Commissioners. The Commissioner who replaced her as Chairperson, Aurangzaib, is part of the stranded delegation. 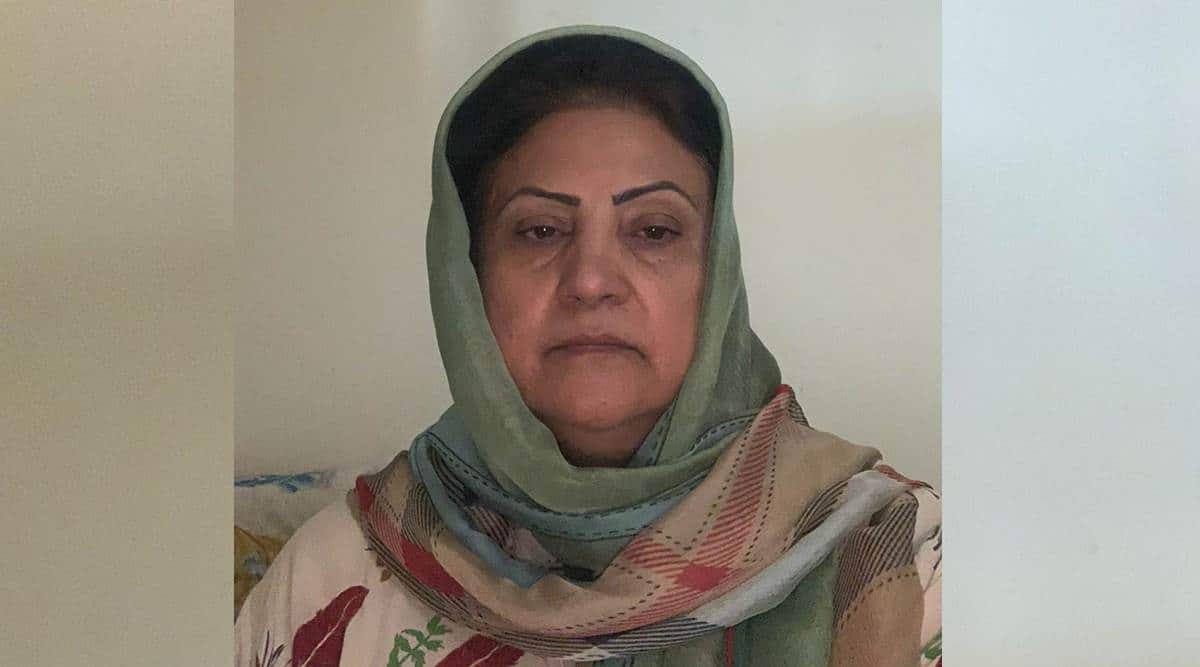 In Beirut for a meet since Aug 8, Nooristani was warned not to return.

When Hawa Alam Nooristani (56) left Kabul on August 8 to attend a conference in Beirut, she had no inkling of what lay ahead.

A week later, on August 15, as Nooristani and her colleagues waited in transit at Dubai airport to board the flight back to Kabul, her family informed her of the Taliban’s rapid advance on Afghanistan’s capital. Returning home was no longer safe, she was told.

Fearing retribution for their role in conducting elections in the country, all eight Election Commissioners changed their travel plans and flew to another country instead.

Among these officials now stranded abroad is Nooristani, the first woman to head the Independent Election Commission (IEC) of Afghanistan, and who signed off on Ashraf Ghani’s victory in the presidential election of 2019.

Nooristani completed her term as Chairperson this year, but continues to serve as one of the eight Commissioners. The Commissioner who replaced her as Chairperson, Aurangzaib, is part of the stranded delegation.

All the Afghan officials are currently living in a rented house in the country they flew to. The Indian Express is not disclosing their location on Nooristani’s request.

“I cannot explain my feelings when I heard of the Taliban’s impending capture of Kabul city,” she said over the phone, her voice quivering. “We were not prepared for this. In fact, we were in Lebanon planning for the next elections. We were planning to institutionalise democracy (in Afghanistan),” she said.

Waiting at Dubai airport for the flight she never boarded, she felt “completely lost”, Nooristani said. “We were staring at an uncertain future. We did not know where we should go from here. Where would we go, and where would we live? It was all happening so suddenly,” she said.

By the time Nooristani and her colleagues landed in another country a few hours later, Afghanistan had fallen fully under Taliban control.

Advertisement
A US Marine provides a meal ready-to-eat to a child during an evacuation at Hamid Karzai International Airport, Kabul (Reuters)

The decision to heed their families’ advice proved to be correct, Nooristani said. The Taliban have “captured” their houses — “They have taken our cars, our bodyguards, our equipment. They have looted our houses. All my family members have been displaced. My children and my pregnant daughter-in-law have been forced into hiding,” she said.

During her conversation with this reporter, Nooristani referred frequently to the incredible speed of the Taliban’s military victory — she could not have imagined Kabul would fall so quickly when she left for Beirut with her colleagues on August 8, she said.

“This is the capital we are talking about. We had security forces. Our government’s representative was in Doha trying to bring the Taliban leaders to the negotiating table.

“We had all purchased gifts for our loved ones back home. It was all so shocking. Not only did I leave my children behind, I also lost my people, my homeland that I loved and worked for. All in a flash,” she said.

The Taliban takeover constitutes a “dark page in the history of Afghanistan”, Nooristani said. “We have lost two decades’ worth of progress in human rights and women rights. While the world is developing, we are going back to the starting point… If I were to look at my own journey, I was a Member of Parliament, I was a commisioner at the human rights commission. I led the entire election process (in 2019). This would not have been possible under the Taliban. This generation has seen women serving as senior officers. We have even had female diplomats representing our country abroad. But suddenly we have gone back in time,” she said.

Returning to Kabul isn’t an option for the IEC Commissioners — not in the near future at least. “The Taliban don’t believe in democracy, and everything we did was in the interest of elections. It has been over a week since Kabul’s capture and we still don’t have a government, no ministry of external affairs and no ministry of home affairs. Because there is no democracy, there is no hope for the implementers and players of democracy (like us),” she said.