Southwest monsoon this season brings below normal rainfall in 6 states 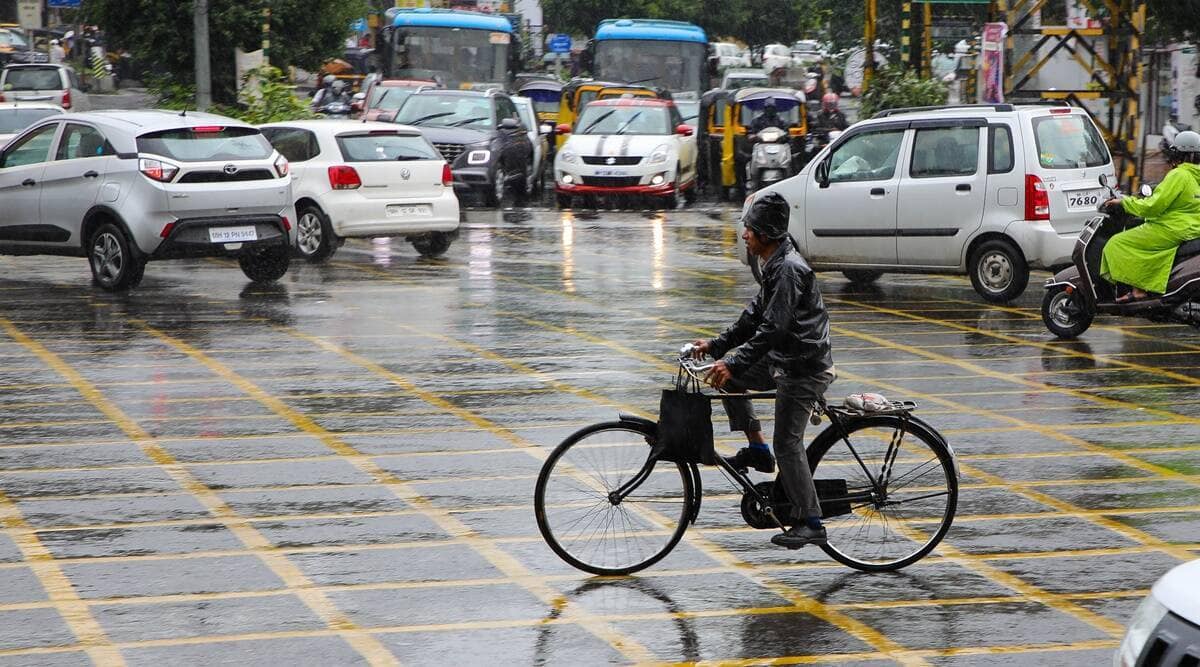 In June, the IMD had predicted below normal rainfall over eastern India. The only exception is Sikkim with 19 per cent rainfall. (Express file photo by Ashish Kale)

Rainfall in six states have been below normal for the entire duration of this year’s southwest monsoon season, which ends on Friday.

The rainfall deficit has persisted since June. As on Thursday (September 29), rainfall in Manipur stood at -47 per cent, which means it was 47 per cent below normal. The other states that got below normal rainfall for the duration of the southwest monsoon are Bihar (-31 per cent), Uttar Pradesh (-28 per cent), Tripura (-24 per cent), Mizoram (-22 per cent) and Jharkhand (-21 per cent).

The India Meteorological Department (IMD) had, in June, predicted below normal rainfall over the eastern regions of the country, and it has been largely realised. Sikkim, where rainfall stood at 19 per cent above normal, has been the exception.

The Indo-Gangetic Plains, as a region, suffered from poor rainfall throughout this season. Rice is the major kharif crop here and the cultivation is rain-fed. Declaration of a drought situation in the region is imminent.

An average of around 75 per cent of the total area of UP, Jharkhand and Bihar recorded below normal rainfall this season.

IMD officials said that almost all low-pressure systems or depressions, formed in the Bay of Bengal, maintained and followed a west-northwestward track and headed towards Rajasthan and Pakistan. As a result, these rain-bearing systems largely skirted past the Indo-Gangetic plains.

Moreover, the monsoon trough remained to the south of its normal position for the most number of days during this season, thus opposing the monsoon active-break phases. The plains, thus, remained devoid of good and widespread rainfall. 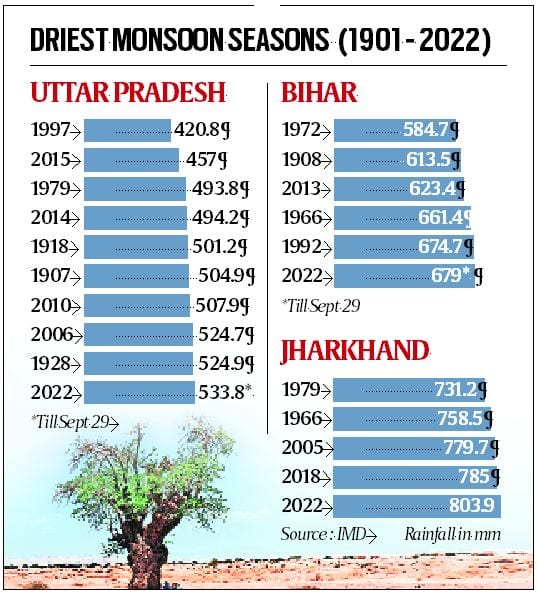 The continuing La Niña — cooler than usual sea surface over equatorial Pacific Ocean — during the monsoon season and overall, for the third consecutive year, is also being blamed for the highly uneven rainfall distribution over the country this season.

The 2022 monsoon will go down as Uttar Pradesh’s 10th driest in 122 years. Of the state’s 70 districts, 53 (70 per cent area) received below normal rainfall this season. Eastern UP had larger dry areas, with only 10 out of 42 districts recording normal or above rainfall. Twelve of 33 Western UP districts this season recorded normal rainfall. The driest districts of UP were Farrukhabad (-75 per cent), Gautam Buddh Nagar (-72 per cent), Ghaziabad (-70 per cent), Kushinagar (-63 per cent), Chitrakoot (-59 per cent), Kanpur Dehat, Chandauli, Jyotiba Phule Nagar and Shahjahanpur (-58 per cent, each).

In a patriarchal society, the question remains: Does wearing hijab indicate free will?