At least 700 mn Indians will get into cities by 2050, need to reduce waste now: NITI Aayog CEO

Amitabh Kant said, "In India, the urbanisation process has just begun unlike Europe, US and China. If we are generating 71 million tonnes of waste every day, it will only increase unless we reduce waste and ensure segregation at source at household-level." Municipal authorities are failing at their basic jobs, which is managing waste, said NITI Aayog chief executive officer Amitabh Kant at a conference on waste management in New Delhi. Speaking at a conference titled ‘Waste Reduction, Circular Economy and Enhanced Livelihoods’ organised by non-profit entities Chintan and Friedrich Ebert Stiftung and the University of Chicago, India, Kant criticised the municipal authorities for the dismal situation of waste management in India. “Municipalities are not doing their jobs, and if they fail at doing their basic job of managing waste, they need to be voted out.”

Without mincing his words, the planning body chief said their primary job is to keep the areas under their jurisdiction clean but instead they are getting into the business of construction. “Their one point plan has to be waste. But they are getting into building constructions and mayors have allowed them to go haywire.” He suggested that the “best officers of states need to be posted as municipal commissioners and they should be given tenure to perform”. Making a larger point about the future of waste management in the country vis-a-vis rapid urbanisation, Kant emphasised that as of now India generates at least 71 million tonnes of waste every day and by 2050, nearly 700 million people will be getting into the process of urbanisation. “The urbanisation process has ended in Europe, US and China. In India, it has just begun. If we are generating 71 million tonnes of waste every day, it will only increase unless we reduce waste and ensure segregation at source at household-level. Municipal authorities need to be held accountable,” he said.

Professor at the University of Rhode Island Manbir Sodhi, who was one of the experts at the conference, asked, “Can’t we continue to not close the loop? And how do we do it in a way that doesn’t have negative effects?” He said the traditional circular economy concept of ‘take, make and break’ prevalent for the last 150 years is old now. “Because in a circular economy, you look at repairing materials, you look at serviceability, then take the materials used, break them down, and reuse them again, and lastly recover materials from the forward stream and use the materials in the reverse loop to attain similar levels of efficiency,” said Sodhi. “There is no reason why the ‘repair economy’ can’t be stronger.”

Highlighting the importance of a circular economy in job creation and reduction in greenhouse gases in the European Union, Henriette Faergemann, who is the Environment, Climate and Energy Counsellor for the European Union delegation to India, said jobs and growth are important agendas in this ecosystem. “If this is properly implemented, then we can create at least 600,000 jobs by 2025. Each household could save 500 Euros per year, estimated waste prevention could get 400 billion Euros and there could be at least 2.4 per cent reduction in greenhouse gas emissions,” she said. “If we use this ecosystem, then we can potentially save energy consumption equivalent to all of Italy,” Henriette emphasised.

In the Indian context, implementation of a circular economy in the current scenario, however, isn’t going to be easy given that some of the biggest challenges are of consumption, urbanisation, and pollution. But the government is positive about the future of a circular economy, and India is already moving in that direction, claimed AK Jain, Additional Secretary for the Ministry of Environment, Forest and Climate Change (MOEFCC).

“The culture of a circular economy has been in India from before. We need to formalise the subject here. We have a reduce, reuse, and recycle culture but we don’t acknowledge the problem of resource exploitation. We feel that time has come when we can have a ‘Bureau of Resource Efficiency’ but we need consensus. A material recycling policy is also in the offing,” said Jain. One of the hurdles towards achieving a circular economy and attain waste reduction is a lack of policy implementation. And Malati Gadgil, former CEO, SWaCH, Pune, believes that while policy changes need to happen, their implementation and monitoring is important. “Policy changes also need to be incremental and we need to adopt a systems approach and ditch the silo approach to waste management, she said.

Padding up Gadgil’s point of view, Dr. Kuldeep Sangwan, professor at the Mechanical Engineering Department of BITS Pilani, said his team conducted a study among German and Indian manufacturers in 2008 and 2011 respectively to study the challenges in waste management and circular economy. “The study’s findings were common in India and Germany except one: poor implementation of laws,” he said. “In a circular economy, the focus is on reuse. Recycling isn’t a part of this, it’s more for social effects. Recycling has to be the last loop,” added Sangwan.

Amitabh Kant warns that unless we reduce our waste, we might be in much bigger trouble than right now. “This is not just about waste,” said Kant. “It’s about the survival of our race. If we keep creating waste what will happen when another 700 million Indians will get into cities by 2050?”

Boycott call for Chinese goods: How do we stop their sale, 90% market runs on them, say traders 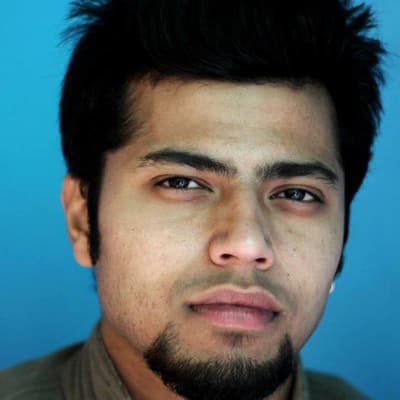