The Jal Jeevan Mission is an ambitious programme of the Narendra Modi government in its second term to provide functional tap connections to all households by 2024. 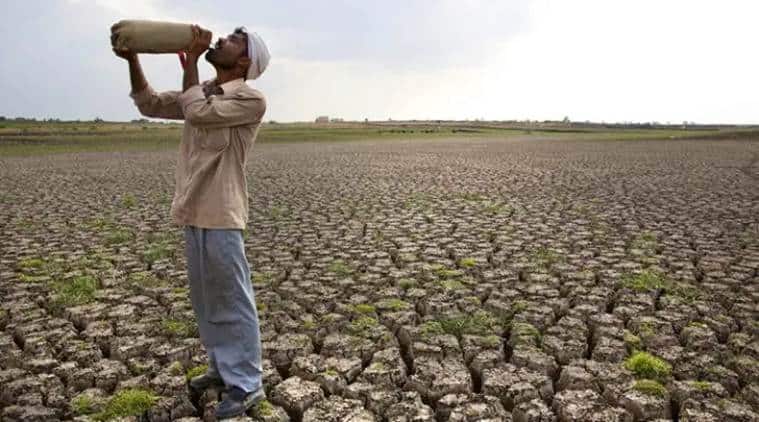 “Nal se Jal” for all rural households by 2024 was a major poll plank of the Modi Government. Barely months after returning to power, Prime Minister Modi announced the Jal Jeevan Mission from the ramparts of Red Fort on August 15, 2019. (File Photo)

RETROFITTING existing rural drinking water supply schemes, mainly those created under the previous UPA government term, will constitute more than 50 per cent of the Jal Jeevan Mission (JJM) target for the current financial year. The Jal Jeevan Mission is an ambitious programme of the Narendra Modi government in its second term to provide functional tap connections to all households by 2024.

As many as 2.55 crore functional household tap connections (FHTC) of the targeted 4.85 crore across 25 states in 2020-21 will be provided by “retrofitting/ augmentation” of 1.34 lakh existing village piped water supply schemes built earlier including under the UPA’s National Rural Drinking Water Programme, shows analysis of data compiled from the minutes of annual action plan meetings of these 25 states. The 25 states account for 12.98 crore households, or 86.53 per cent of the 15 crore rural households that still did not have tap connections at the beginning of the current financial year. Data is not available for the remaining three states – Goa, Telangana and West Bengal.

“Nal se Jal” for all rural households by 2024 was a major poll plank of the Modi Government. Barely months after returning to power, Prime Minister Modi announced the Jal Jeevan Mission from the ramparts of Red Fort on August 15, 2019. The erstwhile National Rural Drinking Water Program (NRDWP), launched by the then UPA government in 2009, was restructured and subsumed in JJM.

While the JJM guidelines mention that the rural water supply infrastructure “created over the years” has to be “dovetailed, retrofitted and renovated” to provide 55-litre per capita per day (lpcd) tap connections, the Centre has nudged states to pick the “low hanging fruit” by “retrofitting” existing schemes to provide tap connections to remaining households in a village so as the village becomes “Har Ghar Jal Gaon” or 100 per cent FHTC village.

In fact, in a meeting to finalise Gujarat’s annual action plan under JJM for 2020-21, Mission Director Bharat Lal conveyed this to the state government officers. “Giving an overview of the Mission, he emphasised to take full advantage of existing piped water supply systems in villages by taking up retrofitting/ augmentation to provide Functional Household Tap Connections (FHTCs) to remaining households so as the village becomes 100 per cent ‘Har Ghar Jal Gaon’ i.e. 100 per cent FHTC village. This is the low hanging fruit, which has been emphasised since August, 2019 and will yield tangible outcomes with least investment in very little time,” said the minutes of Gujarat’s annual action plan meeting.

During the discussions over annual action plans, Central government officials also highlighted that some states had planned less than their potential to provide FHTC through retrofitting. On Madhya Pradesh’s plan for 2020-21, officials recorded in the minutes: “State doesn’t appear to have explored the retrofitting/ augmentation potential fully.” Similarly, for Karnataka, they observed: “It seems that retrofitting/ augmentation potential has not been fully explored.”

“As per the analysis of existing PWS (piped water supply) schemes, there is a scope of providing 12.31 lakh FHTCs by retrofitting 8,025 completed schemes for last mile connectivity which already have service level of 55 lpcd or more,” JJM officials noted in the minutes of Karnataka plan meeting.

They commended states which planned to provide a majority of connections through retrofitting. Appreciating Maharashtra’s plan, JJM officials observed, “(The) State has made a good attempt to take advantage of retrofitting scope of existing schemes with 33.54 lakh (85.36 per cent) of its total plan of 39.29 lakh and the remaining from new schemes.”