An attempt to murder case has been registered on the woman's complaint, as one of the caused a knife injury on her friend, the police said. 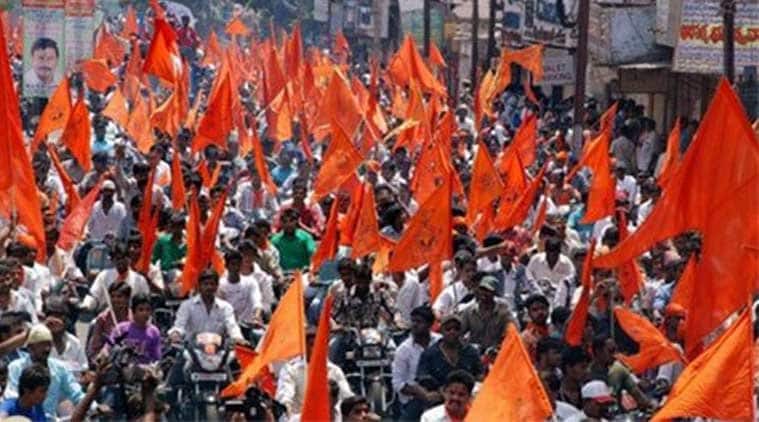 K R Sunil, a Bajrang Dal member in Mangalore region, has stated that the outfit's activists only questioned the couple, and did not attack them. (File)

Four Bajrang Dal activists from Mangalore, Karnataka, have been arrested in connection with an incident of purported ‘moral policing’ a day after they allegedly attacked a young man and woman, from different religious backgrounds, in a local city bus, the police said on Saturday.

An attempt to murder case has been registered on the woman’s complaint, as one of the caused a knife injury on her friend, the police said. The incident occurred on Thursday night. The arrests were made on Friday.

K R Sunil, a Bajrang Dal member in Mangalore region, has stated that the outfit’s activists only questioned the couple, and did not attack them.

According to the police complaint filed by Ashwini S, five or six people stopped the bus near Pumpwell area, under Kankanady Town police station’s jurisdiction, around 9.30 pm and stormed in to attack her and her friend, Aswid Anwar Mohammed. The FIR states that they dragged out the couple, both aged 23, kicking and abusing them while claiming that they were in an interfaith relationship. They allegedly said they would not spare Aswid.

The assailants beat Aswid with sticks and slashed him with a knife, according to Ashwini’s complaint.

Confirming the arrests, a senior officer involved with the probe said: “Two of them have a criminal history. They are affiliated with the Bajrang Dal.”

One of the four arrested is Dhanush Bhandary, 27, who the police said was acquitted in a murder case in 2019; is on bail since May 2020 in an attempt to murder case; and was allegedly involved in a similar, less serious, ‘moral policing’ case in Kankanady two months ago. A second accused, Jayaprashanth, 27, also has criminal record, and was allegedly involved in another recent moral policing incident reported in Kankanady, they said.

IPC sections for rioting and unlawful assembly were invoked against the two in the earlier cases and they got bail, the officer added. The others arrested are Anil Kumar, 38, and Balachandra, 28. In Thursday’s incident, the police have invoked IPC Sections 307 (attempt to murder) and 153 A (promoting enmity among communities), among others.

An officer said: “The two are friends since their student days and one of the accused, who live in their area, knew about them…(on Thursday night) they followed them and stopped the bus. We are investigating if others were involved in passing on information about the duo to the accused.”

The coastal Karnataka district of Dakshina Kannada, and its headquarters Mangalore, has seen many incidents of moral policing, with activists targeting primarily people in inter-religious relationships.