Over 33 lakh children in India malnourished, 17.7 lakh of them severely malnourished: Govt data

Also, India has slipped to the 101st position in the Global Hunger Index (GHI) 2021 of 116 countries, from its 2020 position of 94th and is behind its neighbours Pakistan, Bangladesh and Nepal. 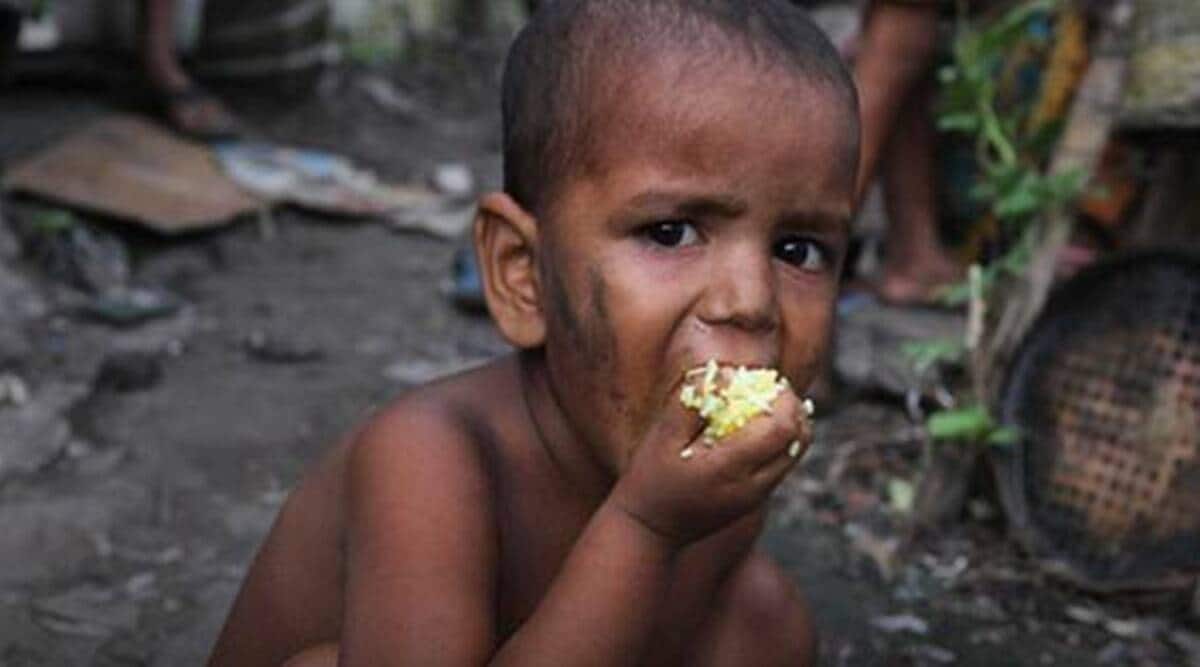 Over 33 lakh children in India are malnourished and more than half of them fall in the severely malnourished category with Maharashtra, Bihar and Gujarat topping the list, the WCD ministry has said in response to an RTI query.

Prompting concern that the Covid pandemic could exacerbate the health and nutrition crisis among the poorest of the poor, the Women and Child Development ministry estimates that there are 17,76,902 (17.76 lakh/1.7 million) severely acute malnourished children (SAM) and 15,46,420 (15.46 lakh/1.5 million) moderately acute malnourished (MAM) children as of October 14, 2021.

The total 33,23,322 (33.23 lakh/3.3 million) is a compilation of data from 34 states and union territories, the ministry said in response to an RTI query by PTI. The numbers were registered on the Poshan tracker app developed last year as a governance tool for real-time monitoring of nutritional outcomes.

However, the two sets of figures are based on different methods of data collection. The number of SAM children (from six months to six years) identified last year was counted by 36 states and union territories and conveyed to the Centre. The latest figures are through the Poshan tracker where the numbers were directly entered by anganwadis and accessed by the Centre and the age group of the children has not been specified. The World Health Organisation defines SAM by very low weight-for-height or a mid-upper arm circumference less than 115 mm, or by the presence of nutritional oedema. MAM is defined as moderate wasting and/or mid-upper-arm circumference (MUAC) greater or equal to 115 mm and less than 125 mm.

Both MAM and SAM have severe health repercussions on the health of a child. Children suffering from SAM have very low weight for their height, and are nine times more likely to die in case of diseases due to their weakened immune system. Those suffering from MAM are also at increased risk of morbidity and mortality during childhood.

Responding to the numbers, Child Rights and You (CRY) CEO Puja Marwaha said the Covid pandemic has impacted nearly all socio-economic indicators negatively and threatens to undo much of the progress made over the past decade.

“Services like ICDS (Integrated Child Development Scheme) and midday meals in schools have become irregular during the prolonged closure of schools. These have severely affected children living in multi-dimensional poverty disproportionately, since they have been largely dependent on these services to fulfil their rights and entitlements,” Marwaha told PTI.

Unless challenges related to adequacy in budgetary allocations to secure nutrition security of children and bottlenecks in utilisation are addressed, India will be unable to mitigate the loss caused due to the pandemic, she added.

“We know that children who are malnourished have a greater risk of infections, have less energy and perform less than their genetic potential in school. The management of malnutrition requires a holistic approach starting with adequate nutrition of pregnant and lactating ladies, exclusive breastfeeding for six months, focusing on appropriate weaning and balanced nutrition in the first few years of life,” Sibal told PTI.

Manish Mannan, head of department, paediatrics and neonatology, Paras Hospitals, added that children with severe acute malnutrition need to be treated with specialised therapeutic diets alongside the diagnosis and management of complications during in-patient care.

“Nutrition counselling has long been used as an approach to MAM management in situations where caregivers may have access to affordable food, and knowledge of appropriate care practices is not a constraint. This approach is predicated on the assumption that nutritious food is available, but also that caregivers do not have sufficient awareness of how to combine foods into appropriate diets for malnourished or at-risk children,” Mannan said.

It is important, he stressed, to assess any associated illness alongside treatment of malnutrition. Sometimes there is an underlying illness, which is responsible for malabsorption, a renal disorder or even diseases like diabetes and tuberculosis which may lead to malnutrition.

“Therefore, apart from diet, it is also important to look into the possible organic causes and the effects of malnutrition on the body,” he said.

The last available figure of malnourished children is from NFHS-4 (National Family Health Survey) in 2015-16 according to which 38.4 per cent of children under five years are low height-for-age and 21 per cent wasted or low weight-for-height in India. NFHS-5, released in December last year, which gave figures for 22 states and UTs also presented a grim scenario and showed that malnutrition increased among children in 2019-20 from 2015-16 in 22 states and UTs.

Also, India has slipped to the 101st position in the Global Hunger Index (GHI) 2021 of 116 countries, from its 2020 position of 94th and is behind its neighbours Pakistan, Bangladesh and Nepal.

To tackle the high persistence of malnutrition in the country, the Centre launched the Poshan Abhiyan programme in 2018 to reduce low birth weight, stunting and undernutrition and anaemia among children, adolescent girls and women.

According to Census 2011, there are over 46 crore children in the country.