Soon after the passage of the Citizenship Amendment Bill, students from Jamia University and JNU rose in protest. However, it were the women at Shaheen Bagh who led the most spectacular protest that soon transformed into a mass movement. Although the protests died down due to lockdown, three contentious farm laws brought the country's farmers on the streets at the end of the year. From the contentious Citizenship Amendment Act triggering a pan-India stir at the beginning of the year to the farmers’ uprising marking its end, 2020 has been a year of protests that grabbed eyeballs worldwide. Soon after the passage of the Citizenship Amendment Bill in Parliament, students from Jamia Millia University and Jawaharlal Nehru University took to the streets to protest against the Act, alleging discrimination towards Muslims. The stir soon transformed into a mass movement with opposition parties, activists, various eminent personalities and the common public extending support to the cause. While Jamia and JNU saw violence, women at Shaheen Bagh led the most spectacular protest which was peaceful yet hard-hitting.

Although the protests died down after the pandemic forced the nation into lockdown, three contentious farm bills brought the country’s farmers — who are demanding the repeal of the  laws — on the streets at the end of the year. They marched from the states of Punjab and Haryana towards Delhi and, when denied entry, settled at the border of the national capital. From blocking toll plazas and railway tracks to relay hunger strikes, the protest has seen it all. With thousands joining in from other states everyday, the stir is still on as the farmers’ say they are prepared for the long haul. 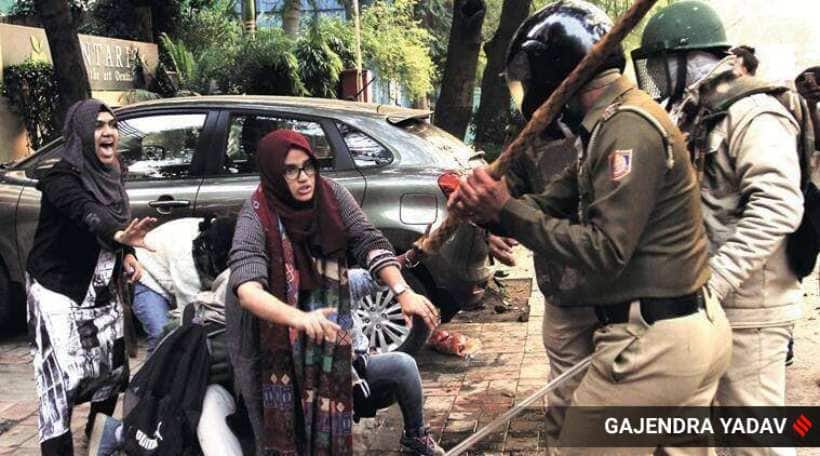 Delhi Police personnel beating four students of Jamia Millia Islamia, who had participated in anti-CAA protests, after dragging them out of a house in the Okhla locality. (Express photo by Gajendra Yadav) Members of Left student unions carrying torches during a protest rally against CAA in Kolkata. (Express photo by Partha Paul) A torch procession led by JNU students against CAA at their campus. (Express photo by Gajendra Yadav) A candle march to protest against CAA at Jamia Nagar in New Delhi. (Express photo by Praveen Khanna) A heart made out of paper boats with slogans on them at Shaheen Bagh after the Delhi High court judgment on January 14, 2020. (Express Photo by Gajendra Yadav) Women at a protest site in Pune came up with the novel idea of protesting by applying ‘NO NRC, NO CAA’ Mehndi on their hands. (Express Photo by Arul Horizon) 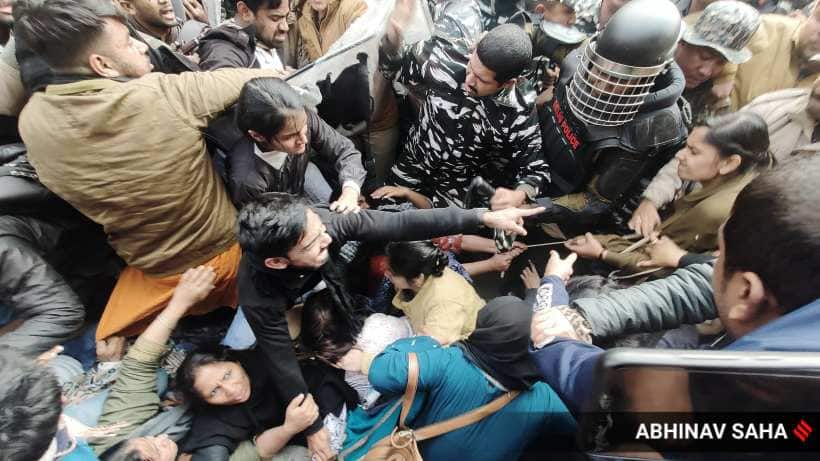 A scuffle broke out as police attempted to intercept a group of anti-CAA protesters participating in a march from Jamilia Millia Islamia to Parliament  on February 10, 2020. (Express Photo by Abhinav Saha) Protesters of Shaheen Bagh with postcards that they sent to PM Narendra Modi. (Express photo by Gajendra Yadav) 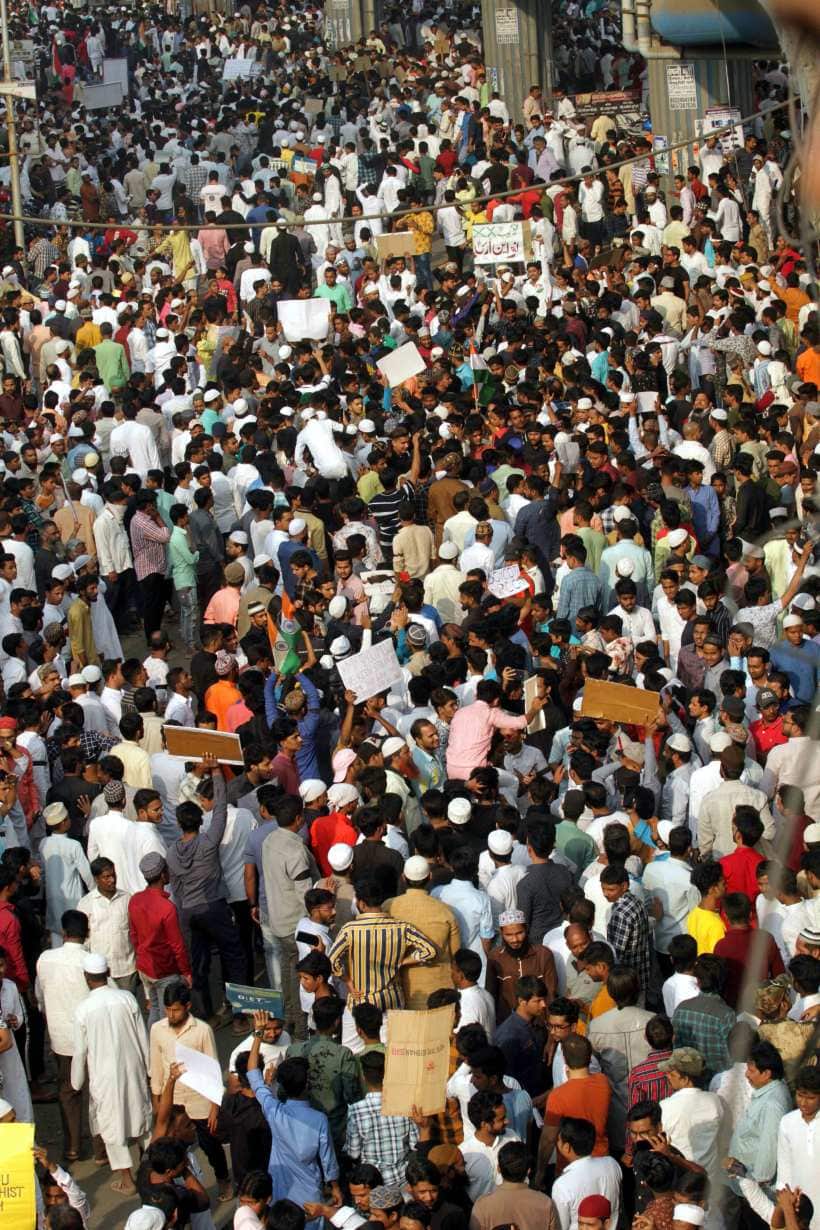 Protesters gather on the road on the day of Bhiwandi bandh called by various groups protesting against the CAA and NRC. (Express Photo: Deepak Joshi) Protesters paint the walls outside Jamia Millia Islamia University amidst protests against the CAA. (Express photo by Praveen Khanna) Congress leaders Priyanka Gandhi, Ghulam Nabi Azad, Ahmed Patel and others on a dharna at India Gate to protest against the CAA and an alleged police crackdown in Jamia Millia Islamia. (Express photo by Amit Mehra) 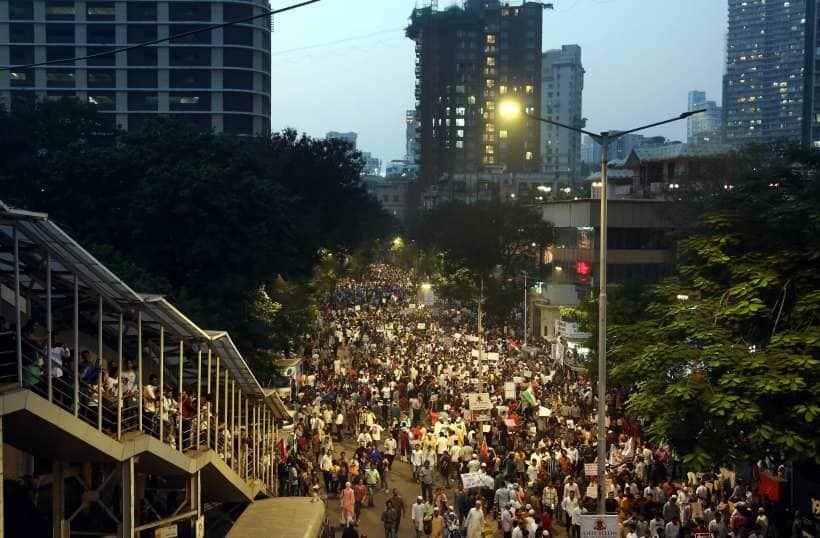 People rally from Ramlila Maidan to Esplande in Kolkata in protest against NRC and CAA. (Express photo). 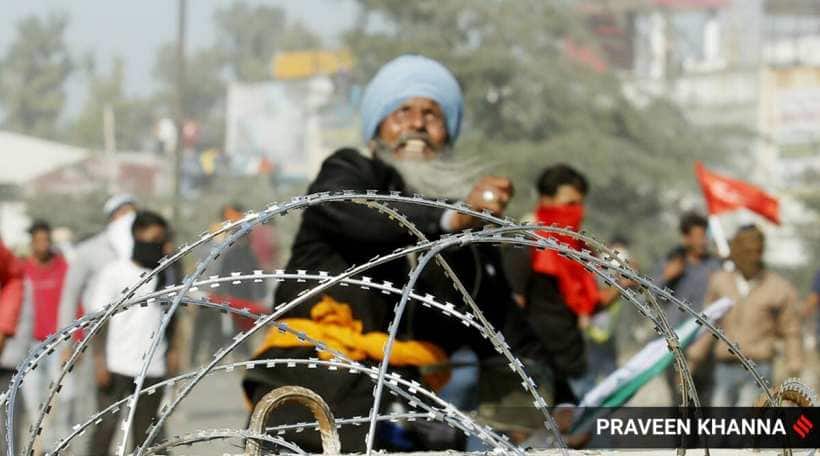 A clash broke out between farmers and the police during the protest over new farm laws, at Singhu Border in New Delhi on November 27, 2020. (Express Photo by Praveen Khanna) Farmers blocked the NH-9 highway in Ghazipur, New Delhi during the Bharat Bandh, which was called by farmers unions. (Express Photo by Praveen Khanna) 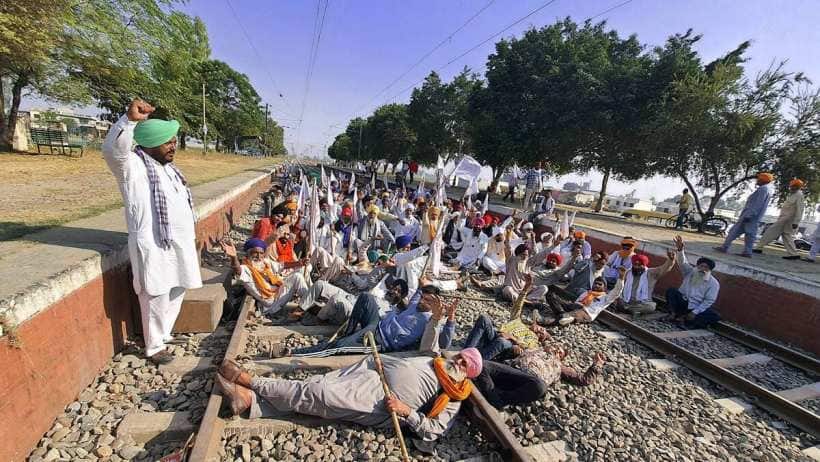 Farmers blocked a railway track while protesting against the new farm laws near Amritsar. (Express photo by Simranjit Rana) 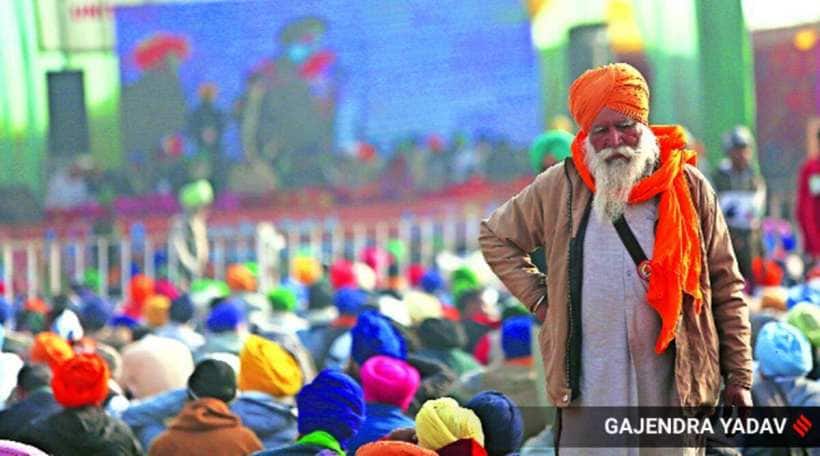