Of the 26 Maoists apprehended, 15 were involved in the deadly ambush in Sukma district in Chhattisgarh on April 24. 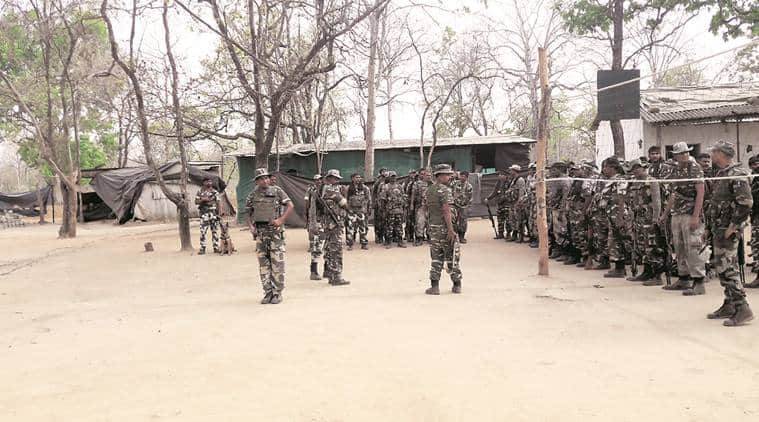 The CRPF has conducted about 200 special operations with a “re-worked” strategy, apprehending 26 Maoists and seizing a huge cache of munitions, since the April ambush in Sukma where Naxals had massacred 25 of its personnel.

Of the 26 Maoists apprehended, 15 were involved in the deadly ambush in Sukma district in Chhattisgarh on April 24. The force has also seized a huge assortment of arms and ammunition as part of these operations, an operations dossier revealed.

Newly appointed Central Reserve Police Force (CRPF) Director General R R Bhatnagar said today that a special focus was being laid on result-oriented operations in the south Bastar region of Chhattisgarh to curtail the strength and resources of Maoist cadres.

“Post the Burkapal incident in Sukma, we have reworked our operational strategy in south Bastar and the focus is now to conduct joint intelligence-based operations.

“Despite the harsh summers and sweltering heat, we have intensified our operations in those areas where there is a security vacuum. A number of special operations have been launched by us,” the DG told PTI.

He said that the road construction work being done by the force in large parts of Chhattisgarh and a few other states will not suffer and that the CRPF will ensure their completion.

Bhatnagar, appointed as the force chief by the government two days after the April 24 ambush, recently travelled to Sukma and analysed the ambush spot, besides the site near Bheji where a dozen CRPF men were similarly killed by Naxals when they were out to conduct a road sanitisation exercise on March 11.

The operations dossier prepared by the security headquarters of anti-Naxal operations stated that after April 24, when 25 CRPF men were fatally ambushed by Naxals in Sukma, 98 such special operations were conducted in the worst Left Wing Extremism-affected district of the state.

All such tasks, the dossier accessed by PTI said, are either led by the CRPF or its special jungle warfare guerrilla force — the Commando Battalion for Resolute Action (CoBRA).

In order to further step up offensive along the borders of Sukma, 36 such operations have been conducted till now in the neighbouring district of Dantewada while 55 have been launched in the villages and deep forest areas of Bijapur district.

“As part of these operations, it is being ensured that a good number of state police personnel form an essential part of the patrol party along with the CRPF.

“While the target is to have at least one-third strength of the squad from that of the state police, it will take some more time before these numbers are achieved for all the operations to be conducted in the future,” a senior officer said.

The force, the dossier said, has also apprehended 26 Naxals as part of these post-Sukma operations, out of which 15 were involved in the Burkapal attack.

“Out of the 26, six Naxals had police warrants issued against them for various acts of violence and killing in the south Bastar area,” the senior officer said.

The dossier, which has now been shared with the Chhattisgarh Police investigating the Sukma ambush, said during the attack, the CRPF men retaliated and killed two Naxal commanders identified as Anil alias Deva, who was the commander of platoon No. 24, and Ravi, commander of the Cherla LOS (local organisation squad) of the Maoists.

“Apart from these two, body of the third Maoist was recovered from the ambush site on April 27 by the CRPF. He has been identified as Mukkam Baman of Burkapal village,” it said.

After the Burkapal ambush, it said, “the CRPF has apprehended 72 Maoists while 21 have surrendered before the forces in the entire LWE theatre. 17 arms, 4,304 rounds of ammunition, 291 kgs of explosives, two grenades, 85 improvised explosive devices and 5,125 detonators have also been seized. At least seven exchange of fire incidents have occurred till now between the CRPF-led security squads and the Naxals.”

About 10 states are LWE-affected in the country.

After the Sukma attack, the strategic anti-Naxal operations command headquarters of the CRPF has been shifted from Kolkata to Chhattisgarh’s Raipur for effective operational coordination between multiple security forces.

The lead anti-Naxal operations force is also deploying a fresh squad of about 2,000 CoBRA commandos in and around Sukma district.

No clean chit to officer who tied youth to vehicle: Army