1993 Mumbai serial blasts verdict: According to the CBI, after the Babri Masjid was demolished on December 6, 1992, communal violence broke out in different parts of the country, including Mumbai. Express archive photo

The seven men form the second set of accused arrested in the case from 2003 to 2010. The trial involving the first set of 123 accused had begun in 1995 and concluded in 2002 with the judgment pronounced in 2006. Their appeals before the Supreme Court were decided in 2013 where the apex court confirmed the death penalty granted to Yakub Memon, while commuting the capital punishment of 10 others and confirming the conviction of actor Sanjay Dutt. Memon was hanged in Nagpur central prison in 2015. Since the current seven accused were arrested at the fag end of the earlier trial, the court ordered for their trials to be separated. Also Read: 1993 Mumbai serial blasts verdict timeline: Here’s what all has happened in the case

According to the CBI, after the Babri Masjid was demolished on December 6, 1992, communal violence broke out in different parts of the country, including Mumbai. The accused, most of whom were members of active organised crime syndicates, planned to take revenge of the demolition and the subsequent riots. Under the leadership of absconding accused Dawood Ibrahim and Ibrahim Mushtaq Abdul Razak Memon (Tiger Memon), who continue to remain absconding along with 31 others, entered a criminal conspiracy to commit terrorist acts in India. The CBI claims that the objective of the conspiracy was to ‘strike terror in the people’ and to ‘adversely affect the harmony’ of different sections of Indian society.

The first conspiracy meeting was held at the residence of absconding accused Mohammed Dossa in Dubai during the riots in Mumbai in December 1992. At the meeting, it was decided that they should send arms in retaliation of the riots. 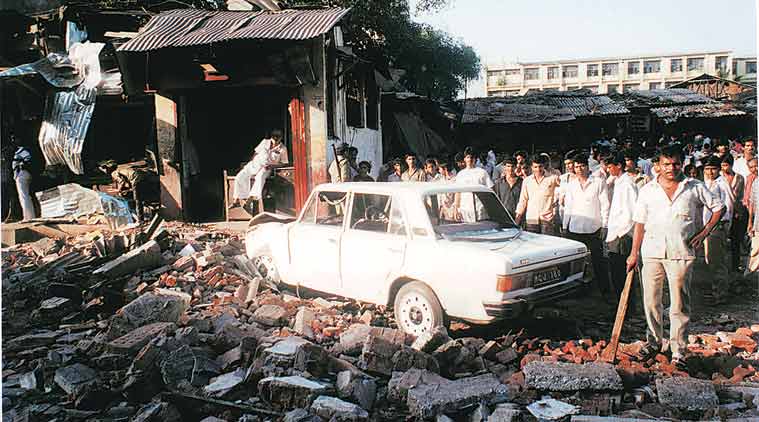 On January 6, 1993, the second conspiracy meeting was held at a hotel in Panvel where the accused including current accused Feroz allegedly met customs officials and obtained ‘oral permission’ for facilitating the landing of fire arms, ammunition and hand grenades at Dighi jetty in Raigad district of Maharashtra three days later in return of a bribe of 8-10 lakh rupees, as per the CBI. After Mustafa intimated his brother that arms and ammunition have been dispatched, Feroz was allegedly sent to Alibagh and Mhasala to inform customs officials and landing agents about the landing on January 9. Also Read: 1993 Mumbai serial blasts verdict today: What is the case?

The CBI claims that Mustafa smuggled the arms, ammunition and explosives for the serial bombings, which according to the CBI was the first ever terrorist attack in the world where RDX (Research Department Explosive i.e cyclotrimethylene-trinitramine) was used on such a large scale after the Second World War. The arms were then distributed and stored at various places for use in the terror attack.

On March 12, 1993, the first serial blasts were witnessed where in a span of two hours between 1.30pm and 3.40pm, 12 bomb explosions took place one after the other at 12 different places. The first bomb went off at the Bombay Stock Exchange. The other spots include Katha Bazaar, Lucky petrol pump near Sena Bhavan in Dadar, opposite the passport office near Century Bazaar in Worli, Fishermen’s colony in Mahim, the basement of Air India building in Nariman Point, Zaveri Bazaar, Hotel Sea Rock, Plaza Theatre, Centaur hotel in Juhu, Sahar Airport and Centaur Hotel at the airport.

According to the CBI, while Mustafa was present in multiple conspiracy meetings, he also was the one who dispatched and smuggled arms into India. He along with Dawood Ibrahim and Tiger Memon was also behind sending a number of persons to Pakistan via Dubai for receiving training in handling of firearms, use of explosives, particularly the RDX for the attack. Mustafa’s role as the main accused in the conspiracy came to light in the confession of co-accused Salim Kutta and a non-bailable warrant was issued against him on September 17, 1997. He was arrested on March 20, 2003 from the Indira Gandhi International Airport in New Delhi.

The second main conspirator as per the CBI is Taher Merchant who worked in Dubai. Apart from attending conspiracy meetings held in Dubai, the CBI alleges that he had ‘actively organised’ at least 7-8 such meetings at his office/residence in Dubai and ‘floated and propagated’ the object of the conspiracy of extracting revenge of the Babri Masjid demolition. He also arranged tickets, visas and financing of the travel made by the co-accused to Dubai and subsequently a smooth entry and exit to Pakistan for arms training. After receiving training, at least 15 of the accused had returned to Dubai and were housed in the flats of Merchant in Dubai, as per confessions of some of the men.

The CBI alleges that Feroz, too, was one of the main conspirators with him having been part of the second conspiracy meeting held in Panvel to facilitate the landing of the arms and that he was involved in the landing at Dighi Jetty on January 9, 1993. The CBI claims that he was also part of the fourth conspiracy meeting held in Dubai where Mustafa took them to the residence of Dawood Ibrahim where it was decided that men will be sent to Pakistan for weapon training. Feroz is alleged to have helped in destructing some of the weapons after the terror attack. Feroz, the son of a retired Indian Navy officer, fled the country in 1993 and was arrested on February 5, 2010 from Navi Mumbai where he was living allegedly under a false identity of Hamza Khan. During the trial, Feroz has maintained that his is a case of mistaken identity and that he is Hamza and not Feroz, accused of the terror attack.

On gangster Abu Salem’s role, the CBI claims that in the second week of January, Salem along with absconding accused Aziz Bilakhia went to Bharuch in Gujarat in a white Maruti car and exchanged it with a van brought by current accused Riyaz Siddiqui which contained specially crafted secret cavities. The van was used to transport nine AK 56 rifles, 100 hand grenades and some boxes of magazines from a godown. On January 16, Salem along with co-accused Samir Hingora and Baba Chauhan gave actor Sanjay Dutt three of the nine AK 56 rifles, some hand grenades and 250 rounds at his residence in Bandra. Two days later, Salem and two others collected two rifles and some ammunition back from Dutt and kept them with Zaibunnisa Kazi at the instance of Bilakhia and Anees Kaskar, whom Salem was then working for. Salem was declared a proclaimed offender in 1993 and was extradited from the Portuguese Republic and arrested on November 11, 2005. He has claimed that India has violated the extradition treaty by charging him for offences not included in the list given to the Portugal court. His appeal before the Portuguese Republic remains pending.

Siddiqui named by Salem in his confession as the man who provided the van for transporting the vehicle was arrested in 2006. Salem had also named Abdul Qayuum Shaikh, an alleged close aide of Dawood and Anees. Salem said in his confession that when he had called a co-accused regarding the transportation of weapons, the man had told him that there is nothing to worry about as the weapons were of Anees and his friend Qayyum. Actor Sanjay Dutt in his confession has also said that in September 1992, Qayyum, a member of the Dawood Ibrahim gang, with whom he was acquainted from Dubai had met him at RK Studio. Dutt had said that Qayyum was with a stranger and both had showed him a 9mm pistol with ammunition and offered it to him which he purchased for Rs 40000. Qayuum was arrested by the Mumbai police in 2007.

On the role of Karimullah Khan, who was arrested in 2008, the CBI claims that he was part of two landings of arms and ammunition done in Shekhadi in Raigad district and that he was present in one of the meetings where the communal riots were discussed.

In their defence, the accused have submitted to court that the evidence including confessions used against the earlier set of accused cannot be used against them as it is a separate trial. While the Supreme Court had in 2011 allowed the defence to give a list of witnesses from among the earlier 686 it desired to cross-examine, the decision on the admissibility of the confessions of the co-accused will be made by the court during the final judgment by special Judge GA Sanap on Friday.

Three points against Kyrgyzstan were paramount in our quest to qualify for Asian Cup: Sunil Chhetri