In 2006, the Left Front government acquired 997.11 acres in Singur along the National Highway 2 and handed it over to Tata Motors. Mamata Banerjee, then in the opposition, called a 26-day hunger strike demanding the return of 347 acres of farmland that was "forcibly" acquired. 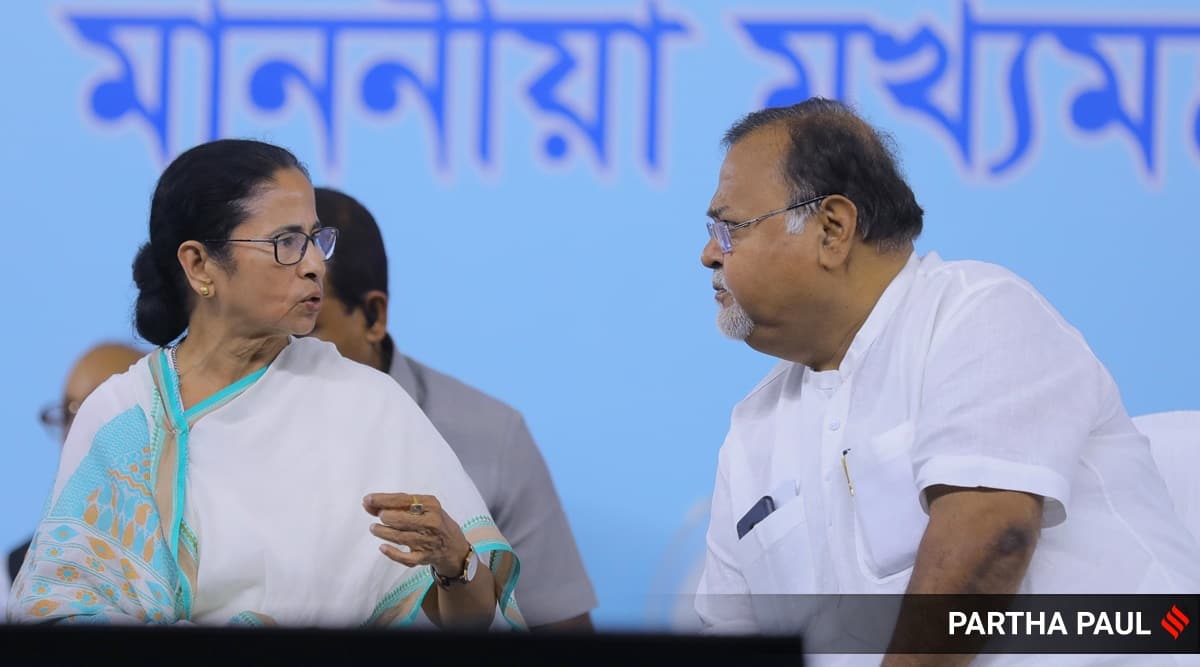 Thirteen years after the anti-land acquisition in Singur which was one of the driving forces that had catapulted the Mamata Banerjee-led TMC to power in West Bengal in 2011, the state’s Industry and IT Minister Partha Chatterjee has said talks are on with the Tatas for big-ticket investments in the state.

Underscoring job creation as the TMC government’s top priority, Chatterjee also said incentives to companies will depend on ability to generate employment and the Mamata Banerjee dispensation wants two large manufacturing units to be set up by any prominent industrial house at the earliest.

“We never had any enmity with the Tatas, neither we fought against them. They are one of the most respected and biggest business houses of this country and also abroad. You can’t blame the Tatas (for the Singur fiasco). The problem was with the Left Front government and its forcible land acquisition policy. Tata group is always most welcome to come and invest in Bengal,” Chatterjee, also the ruling TMC’s secretary general, told PTI in an interview.

Chatterjee said the salt to steel business conglomerate has shown interest in setting up another Tata Centre in Kolkata to house its offices.

“We already have the presence of Tata Metaliks, one Tata Centre besides the TCS here. But if they are willing to come up with big-ticket investments in manufacturing or other sectors, there is no problem. Our IT secretary recently told me they had shown interest in setting up a Tata Centre here,” he said.

When asked whether the state government will go the extra mile to reach out to the Tatas, Chatterjee said he is already in touch with group officials to attract investment.

Singur, once known for multiple crop farming, hogged media limelight after Tata Motors set its sight on the land to build its cheapest car Nano in 2006. The Left Front government acquired 997.11 acres along the National Highway 2 and handed it over to the company.

Mamata Banerjee, then in the opposition, called a 26-day hunger strike demanding the return of 347 acres of farmland that was “forcibly” acquired.

Despite several rounds of meetings between the TMC and the Left Front government, the issue could not be resolved and the Tatas eventually moved out of Singur to Sanand in Gujarat in 2008. The land acquired for the project was subsequently returned to farmers in 2016.

The movement against acquisition of this land in Singur, and in Nandigram, had propelled Mamata Banerjee to power in 2011. The Supreme Court verdict of August 31, 2016, returning the Singur land to farmers is part of school textbooks in Bengal.

Banerjee had called it a landmark verdict back then. “I am remembering those people who made sacrifices fighting for this. This is a landmark victory after we thought of the new name for state of West Bengal. Very happy with the decision,” she had said.

Buddhadeb Bhattacharjee, who was the CM at that time, later said he had made a mistake by relying on the “sense of responsibility” of Opposition parties while dealing with the Singur issue.

He said as he does not believe in using force against demonstrations, he stayed away from using it when opposition parties were agitating against the setting up of Tata Motors’ small car factory in Singur.

“I relied on the opposition parties’ sense of responsibility as I believe force is not the solution in a democratic system. But they not only disrespected my faith in them,but they didn’t see the interest of the state,” Bhattacharjee had said in 2011.

More recently, ahead of the Assembly polls, Mukul Roy had said that the land agitation driving out Tatas from Singur was a mistake. Roy was BJP national vice president but joined TMC later.

“It was a mistake to drive the Tatas out of Singur,” he said at a press conference. During the Singur movement in 2006-’07, Roy was at the forefront of the TMC, which was then in the Opposition.

Meanwhile, when asked whether the government will invite the Tatas to set up a manufacturing unit at Singur once again, Partha Chatterjee said, “Why would Tatas want to return to Singur? The land has already been given back to farmers. We are planning to come up with agro-based industries there as the area’s economy is based on agriculture.”

Speaking about the government’s priority areas for rapid industrialisation and employment generation, Chatterjee said setting up two major manufacturing units, specifically in the iron and steel sector, topped the list.

“Industrialisation and job creation have been the focus areas in our party manifesto. No doubt it’s a challenge as the situation across the globe is not conducive due to the COVID situation.

“Our priority right now would be to bring two big manufacturing companies which are job creators. I am speaking to various stakeholders, industry captains and officials about it. We are on the job,” he said.

Chatterjee said although information technology does not fall in the category of manufacturing sector, the government is looking for more investments there too.

The minister assured the issue of delay in land acquisition and related approvals, and incentives sought by industry for setting up their units will be addressed promptly.

“We will simplify the process of clearances required for land needed for setting up industries. I will discuss the matter with our chief minister. There will be promptness so that industries don’t have any complaints about delay,” he said.

Also Read |Singur undecided: ‘We like Didi but maybe it is good to change… it is all very confusing’

“Second is the incentive part. We earlier had an incentive scheme, but we did away with it as the incentives companies were seeking and offers they had for us in terms of job creation and revenue generation, did not balance out. Now incentives will be decided depending on their proposals and the scale of jobs that will be created,” he said.

Chatterjee, however, emphatically noted that there won’t be any change in the government’s land policy of “no forcible acquisition”.

The industry, he said, will have to acquire land on its own or from the government’s notified land bank and industrial parks.

“It is our stated stand that there will be no forcible land acquisition,” he said, adding West Bengal has good connectivity, infrastructure, and law and order conducive for industries. The labour is skilled and inexpensive, he said.

Chatterjee rejected suggestions that the anti-land acquisition agitations in Singur and Nandigram had given the TMC an anti-industry image. “Had it been the case, the party won’t have won three consecutive terms in office with a resounding mandate,” he asserted.

The minister replied in the negative to a question about whether the constant bickering between the state and the Centre will pose a hurdle in bringing in new investments, but advised the BJP-led government to follow the spirit of federalism.