Maharashtra: How a community came together to find purpose, jobs while saving marine life

Kalinje Ecotourism is a part of a community-based conservation initiative by Maharashtra’s Forest Department. 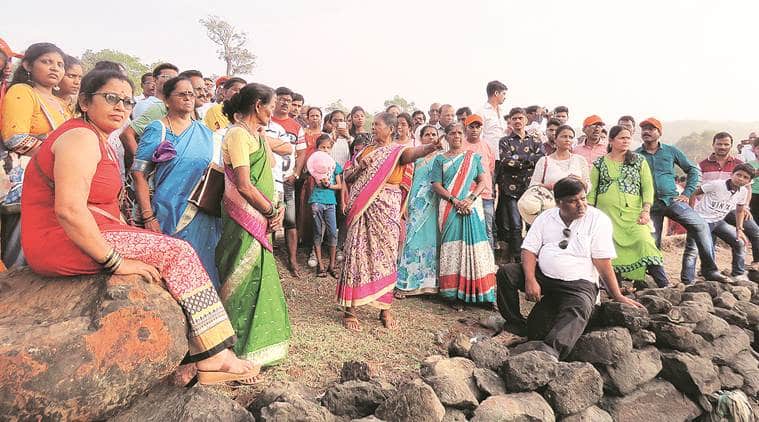 A woman associated with the Kalinje Ecotourism group conducting a walk.

Bored of her household chores and with an urge to learn something new, it was in March last year that Shruti Todankar, 33, from Kalinje, a village in Raigad district of Maharashtra, decided to join a “Mangrove” training programme with 25-30 other villagers. Until then, Todankar had joined the programme for two reasons — to enjoy the two hours of break from household work and find out if the training was really her cup of tea.

But six months later, Todankar, is part of a four women team leading the “Kalinje Ecotourism group”, taking tourists to see the mangroves and explain to them their and their importance. Todankar, who never studied English, boasts, “I know the botanical names of 11 types of mangroves in English, how to spot them, and explain their features and importance”. She and her team members still dedicate two hours daily to revise what they know and learn more about Mangroves in the area.

Kalinje Ecotourism is a part of a community-based conservation initiative taken up by the Mangrove and Marine Biodiversity Conservation Foundation of Maharashtra Forest Department for the upliftment of local communities and promotion of mangrove and marine biodiversity conservation. After training daily for six months at village mangrove sites — Harihareshwar and Shrivardhan beaches — on December 6, the team led 130 tourists from Mumbai on a Mangrove trail.

While around 30 villagers showed interest and took the initial training, 10 have become part of the tourism circuit. The first four women lead the mangrove trail, bird watching, traditional fishing. Two men received training from the National Institute of Oceanography in Goa for Mangrove kayaking and the remaining four take tourists on a boat safari.

Sandesh Ambhore, one of the trainers from the Foundation, said, “The idea from the beginning was to make the locals aware of the biodiversity in the village and its importance. We now have a strong team of 10 which is getting other villagers involved in the cause”. In a bid to understand the village, villagers and the lifestyle, Ambhore now lives as a paying guest in the village.

With a population of 800-900, like in the rest of the Konkan belt, Kalinje too is struggling with the problem of younger generation migrating to cities (especially Mumbai) in search of employment. After realising this, the Mangrove Foundation is also promoting the ecotourism project as an employment generation scheme. For every trail like bird watching, a traditional fishing tour cost ranges between Rs 100 and Rs 250, depending on the group size and activities included, which is directly earned by the team. In a bid to tap into more tourists and involve villagers as well, the Mangrove cell started a village home-stay for Rs 500 per night per person. It also started serving local food delicacies with unlimited serving of veg and non-veg food for Rs 125 and Rs 175, respectively.

How the move created jobs

Kalinje was like any other village in Maharashtra's Konkan belt: a population of less than a thousand, with most of the young having migrated for work. What started as a move to raise awareness among predominantly elderly women of the village about marine ecology has now turned into a great employment opportunity, thanks to ecotourism (home-stays, walks, meals etc.) taking off.

Ambhore said “Many villagers have bigger houses and spare rooms, which they are willing to provide for home-stay. Many villagers have shown interest in opening up their houses for home-stay. At present, they are waiting to see the initial response”. The Foundation has planned and trained villagers for 12 activities which include a visit to a turtle hatchery and roosting sites of the white-rumped vulture, the white-bellied sea eagle.

However, the women involved in the venture said that money was never an attraction. “I have only studied till 4th standard. I didn’t have any prior knowledge of mangroves or the historical places in our village. I wanted to learn something new, be active and continue to work. After retirement, I had no active work, which was depressing. This mangrove tour is not only helping me but also contributing to the local economy,” said 70-year old Shanta Jadhav, who was an Anganwadi worker before working as a guide for the Foundation.

The Mangrove Foundation has plans to extend the initiative to other coastal cities in the state. The next site to be developed under the project is Anjarle in Dapoli, which will have turtle nesting tours, Songaon in Ratnagiri, boat safari in Sindhudurg district and Divegar.

Neenu Somraj, Deputy Conservator of Forests, Mangrove Cell, said, “These places were selected according to its habitat, sizes of the mangrove patches. The creeks should be wide and clean for a boat safari and other activities. Another important factor is the proximity to a tourist location”.

In addition, the state is in the process of developing an eco-tourism circuit connecting nearly 350 locations to a common grid for providing better facilities and development of popular destinations in the state. “We will start with the boat safari in Kalinje next. We will introduce all the activities slowly based on the success (of the existing initiative),” said Ambhore.

Pune: ‘Impact of climate change on people depends on where one lives or works,’ say panelists