Karthik Muralidharan: ‘To an extent, both supporters and critics of Aadhaar for service delivery are correct’

A J-PAL study in Jharkhand on the use of Aadhaar-based biometric authentication (ABBA) in PDS delivery has found that leakages were reduced but at the cost of genuine beneficiaries getting excluded. 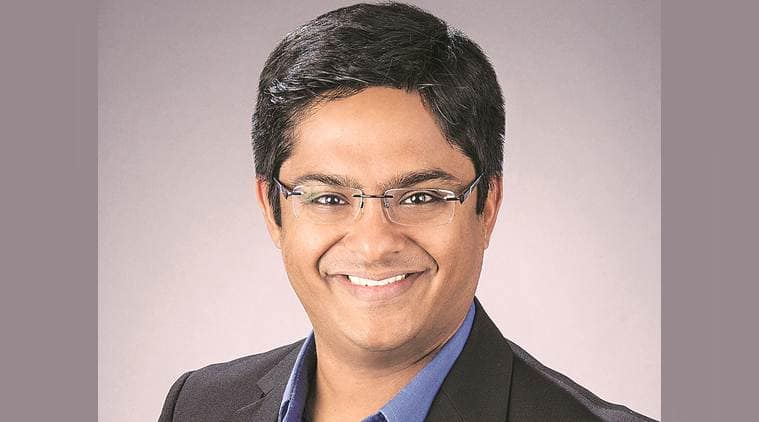 LAST WEEK, Karthik Muralidharan (Tata Chancellor’s Professor of Economics at University of California, San Diego and a Board member of J-PAL) and two other researchers (Paul Niehaus of UC San Diego and Sandip Sukhtankar of University of Virginia) published their study on the use of Aadhaar-based biometric authentication (ABBA) in PDS delivery in Jharkhand that found leakages were reduced but at the cost of genuine beneficiaries getting excluded. In an interview conducted over email with UDIT MISRA, he explains why it would be a mistake to use these results to imply that ABBA in PDS should be withdrawn

What was the most important finding of the study?

The introduction of Aadhaar in the PDS comprised of 2 sets of inter-related reforms.

The first was requiring Aadhaar-based biometric authentication (ABBA) of beneficiaries when collecting their rations at the PDS dealer. The second was using the data on the number of authenticated transactions to adjust the amount of grains disbursed to ration shops (reconciliation).

On average, we find that ABBA by itself did not lead to a reduction either in leakage or on the average value of PDS benefits received. However, 2.4% of beneficiaries did not receive PDS benefits in the treated group (these were mostly those who had not seeded their Aadhaar numbers into their ration cards at the time of the baseline in 2016). As such, this is not a large rate of exclusion, but multiplied by the large population of PDS beneficiaries, it implies that over 25,000 households were likely excluded from benefits in our 132 study blocks.

There was also a 17% increase in transaction costs to access the PDS driven mainly by an increase in the number of unsuccessful trips (likely due to authentication failures). Over time, these problems (especially those of unseeded cards), may come down but our results show that during the roll-out (our study was done in 2016-17), ABBA by itself caused some “pain without gain”.

However, the point of ABBA was mainly to enable “reconciliation” to reduce allocations of grains and only replenish grains based on the number of genuine authenticated transactions in a given month. So if only 85% of grain allocations had been disbursed in a month, the government could reduce the amount of grain sent to the shop next month by 15%, because the ABBA records would indicate that the FPS dealer already had 15% from the previous month. Under the old paper-based reconciliation, the government would send the full amount each month.

In other words, the dealers passed on some of the pain of reduced allocations to beneficiaries. For every Rs 100 saved by the government in reduced disbursals, we estimate that beneficiaries received Rs 22-34 less of benefits. Thus, 66-78% of the reduction in disbursals was a genuine leakage reduction, and 22-34% represented reduced receipts to beneficiaries.

One final piece of evidence that ABBA and reconciliation reduced leakage comes from our survey of PDS dealers, where dealers in treated areas (that got the ABBA several months earlier) reported an over 70% lower expected bribe price for a new PDS shop licence, suggesting that dealers expected that the reform would meaningfully reduce their ability to siphon away grains from the PDS to the open market.

What are the implications of the study for policy?

Overall, the results suggest that both the supporters and critics of Aadhaar-based biometric authentication (ABBA) for service delivery are correct to some extent. On the one hand, leakage did fall once the government started reconciliation and used ABBA records to reduce disbursals. On the other hand, critics are also correct to worry about exclusion because 22-34% of the reduced disbursal corresponded to lower benefits and exclusion of some genuine beneficiaries.

In my opinion, it would be a mistake to imply that these results suggest that ABBA in PDS should be withdrawn.

There are at least two reasons.

Second, ABBA provides a way to enable beneficiary-centred reforms like the portability of benefits, which are increasingly important for migrant worker populations. Such a benefit would not be possible without transaction-level authentication and a back-end that can record when and where benefits have been collected.

At the same time, it would be a mistake for the government to equate all reductions in disbursals or spending to a fall in leakage, since some of this led to reduced benefits and increased exclusion of highly vulnerable populations.

Given the mixed results, how would you recommend moving forward on using Aadhaar in service delivery in India?

There are four broad policy recommendations I would make based on our findings.

First, it is essential to build in safeguards against exclusion in the cases of authentication failure, including providing options for offline authentication in the local Point-of-Sale (PoS) machine. Such offline options were likely an important reason for why we find no evidence of exclusion in our prior study of the impact of biometric Smartcards on NREGS and Pensions in (unified) Andhra Pradesh. In cases where beneficiaries do not expect to travel outside their assigned PDS shop (and opt to not avail of portability of benefits), it may even be enough to conduct online authentication only once a year to verify the continued existence of beneficiaries, and allow offline authentication during the year with the dealer being required to upload records of offline authentication on a monthly basis. Finally, the burden of proof on the government for card deletions should be high and should ideally be conducted with a combination of field verification, as well as ABBA records of continuous non-use of a seeded card for at least 12 months in a row.

Second, the larger goal of improving the design and delivery of welfare programs in India will be better served by focusing on using ABBA to improve the beneficiary experience rather than fiscal savings per se. Examples of such ABBA-enabled reforms include portability of benefits across the country, and potentially even offering beneficiaries a choice between receiving subsidised PDS grains versus a direct transfer of the subsidy amount into their bank accounts. Such reforms can meaningfully empower beneficiaries by giving them additional options for holding dealers accountable and accommodate diversity of preferences better. However, they would not be possible without ABBA, because portability and choice of benefits require a connected technological back-end combined with authentication to keep track of where and how benefits have been collected each month. Thus, it would be both politically and ethically prudent to focus on such empowerment instead of fiscal savings per se. The fiscal savings will come over time, but putting the beneficiary experience at the centre of the design of reforms will provide sounder and more broad-based support for such reforms.

Third, it is essential to implement solutions for real-time measurement of beneficiary experiences to quickly detect problems of exclusion and address them promptly. One promising way of doing this may be to use outbound call-centres to make thousands of short calls each day and directly measure beneficiary experiences in accessing their benefits. We tried this approach recently in Telangana and found that such improved measurement significantly raised the quality of service delivery. Regardless of whether such measurement is based on field surveys, phone surveys, or analysis of MIS data, the government should invest in the technical capacity (in-house or through partnerships) to be able to do so.

Fourth, and more broadly, navigating such a complex issue requires more trust between the government and civil society. If critics are seen as wanting to shut down Aadhaar regardless of its benefits (including a meaningful reduction in leakage), the government may tune out legitimate concerns as being “motivated”. Critics need to recognise that reducing corruption and leakage is especially important given India’s low tax/GDP ratio, and resource constraints make cost-effectiveness in service delivery as much a moral imperative as reducing exclusion. On the other hand, the government is ill-served by simply asserting that all reduction in program spending is leakage reduction, without recognising the possibility of exclusion, which our data suggest is very real. Publicly acknowledging this concern, and making consistent and visible efforts to mitigate exclusion can help bridge a trust deficit.

The challenge of policymaking in India is magnified by the enormous diversity of conditions and experiences. Thus, anecdotes and field stories can be used to support almost any point (including of corruption and leakage on one hand, and exclusion on the other), and I believe that many policy disagreements come from well-intentioned people over-weighting their personal experiences. In such a setting, one useful principle to follow is to ask “what data do we need to narrow the scope of disagreement” and to move forward through a process of “public reasoning” based on independent and objective data to clarify facts and trade-offs.

We hope that our study, which documents and quantifies both the costs and the benefits, can contribute to such reasoning and inform the broader policy discourse on the use of Aadhaar in service delivery.

How the Andhra Pradesh government is overhauling school education ecosystem