Group H is one of the more balanced groups in the World Cup and picking a favourite among Poland, Japan, Senegal and Colombia is a tricky task. Poland
The fact that Poland topped its FIFA World Cup qualifying group was not much of a surprise to anyone – after all their forward line features one of the most lethal goalscorers in world football – Robert Lewandowski. The Bayern Munich striker broke the European record as he scored a total of 16 goals in the World Cup qualifiers. Since Adam Nawalka took over the reigns of Poland team in 2013, the Bialo-Czerwoni have become all about the 29-year old. Nawalka has centered his team around Lewandowski with Arkadiusz Milik as his ally, followed by Jakub Blaszczykowski and Kamil Grosicki in the middle, who are given the task to pass the ball to the two-man front line. The formation worked in the Euro Cup 2016 where Poland reached the quarterfinals. Lewandowski has scored 34 goals in 36 games under Nawalka. Poland, who are at no. 10 position as per the FIFA Rankings, have qualified for World Cup for the first time since 2006. With Lewandowski up top, who has scored 106 goals over last four years at Bayern Munich, they are the favourites to qualify to Round of 16 from Group H. There are, though, defensive concerns for the side, with Monaco’s Kamil Glik picking up an injury and being left out of the squad. Goalkeeper Wojciech Szczesny, who remained a second-choice over Gianluigi Buffon at Juventus last season, and Lukasz Fabianski, who plied his trade at now-relegated Swansea City, do not give much confidence either. Up front there is Liverpool’s Sadio Mane, who can run down any opposition with his speed, and possesses the ability to dribble past the defence. (Source: AP)

The last time Senegal qualified for the World Cup, in 2002, they ran over European giants such as France and made it into the quarterfinals. The captain of the 2002-side Aliou Cisse has now taken over the reigns as coach. Even though the African nation are placed at the 27th position in FIFA Rankings, and lack experience of top-level football, the squad is packed with some of the most popular stars currently in club football. Up front there is Liverpool’s Sadio Mane, who can run down any opposition with his speed, and possesses the ability to dribble past the defence. He will be supported by the likes of Monaco’s Keita Balde, who has been a constant transfer target for top European clubs because of his tremendous skills. Add Mbaye Niang and Diafra Sakho to the mix, and Senegal’s attacking forces appear pretty strong. With Idrissa Gueye and Cheikhou Kouyate in the midfield, and the experienced Kalidou Koulibaly in defence, the African nation boast of a strong squad. But the lack of experience can hurt them in Russia, as they battle the heavy odds stacked against them. Colombia have come a long way since being known just for Radamel Falcao. (Source: AP)

Colombia’s FIFA World Cup squad appears to be a good mix of experienced campaigners and the rising superstars. Once, the South American nation was known for the prolific striker Radamel Falcao, who is undoubtedly one of the biggest stars to come out from the country. But, in his absence, James Rodriguez, who won the Golden Ball for scoring six goals four years ago, has become the star for Los Cafeteros. In the back line, Barcelona’s Yerry Mina and Tottenham’s Davison Sanchez have grown to be the a force. With the experienced Frank Fabra suffering an injury and getting ruled out from the squad, the two will have larger responsibility on their shoulder. Arsenal’s David Ospina provides experience between the posts, and Sevilla’s Luis Muriel offers solid support to Falcao up front. But the problem with the squad appears to be in the midfield. Despite the presence of players such as Espanyol’s Carlos Sanchez and Juventus’ Juan Cuadrado, Colombia have only scored 21 goals in 18 World Cup qualifying matches, which exposed the lack of creativity in their midfield. The experienced duo of Sanchez and Abel Aguilar failed to provide much dynamism, and the side were heavily dependent on James to run from back to front, which marred his ability to get inside the box to make awkwardly accurate shoots. Colombia are touted to be the favourites to enter the group stage, but the lack of oomph-factor in the midfield, and dependence on Rodriguez might hurt their chances. The midfield line of Shinji Kagawa and Keisuke Honda appear to be a strong set up. (Source: AP)

The problems with 61st ranked Japan side appeared with the sacking of coach Vedran Halilovic just a few weeks before the start of the World Cup. The newly-appointed Akira Nishino played it extremely safe with the squad selection, picking experienced players over promising talent. The midfield line of Shinji Kagawa and Keisuke Honda appear to be a strong set up. But the former went through a rough patch for Borussia Dortmund, and did not enjoy many first-team starts due to injury concerns. Honda, on the other hand, is a versatile player, who can run down the opposition with strong challenges. But he has lost a bit of speed with age. Even with the squad filled with veterans, Japan are at a risk of having too many 30-plus players on the field. For Japan, against a much agile Senegal, Colombia and Poland, it seems a difficult task to make it past the group stages. 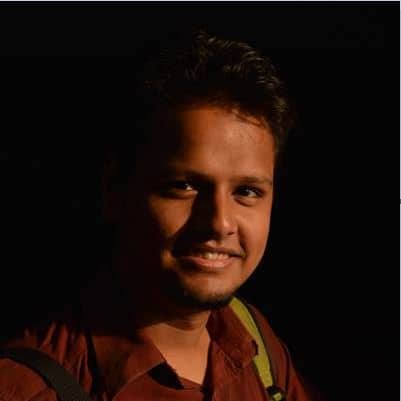