Artist Subodh Gupta on his retrospective in Paris, why he has largely stayed away from political works and his love for cooking. Referred to as the “King of Screaming Metal” and “Damien Hirst of Delhi”, Subodh Gupta is one of India’s foremost contemporary artists. In this interview, Gupta, 54,  speaks of his retrospective, Adda/Rendez-vous, that started on April 13 and is on till August 26, at the Monnaie de Paris, the role of money in art and the outdatedness of art curricula in India. Edited excerpts:

The retrospective comprises 30 works. Are these representative of over two decades of your career?
It is a comprehensive exhibition and most of my major works are there. I think even 10-15 works can be enough to show the evolution of an artist. Here, I have works from 1999 to the present. Monnaie de Paris’ museum director, Camille Morineau, met me several times before we decided on the works. My first video, Pure (1999), is part of the exhibition, as are four other videos that I have done till now. Camille thought people mostly know me for the work that I have done with utensils, so it was important to show how I have worked with other mediums. We also have some of my most recent works — Anahad (Unstruck, 2016), with stainless steel sheets that shudder at intervals, shocking viewers and also transforming their reflection, making them the performers.

You are increasingly using elements of sound in your work. This Is Not A Fountain (2011-13) had water flowing out of taps, in Jhutha (2005) utensils were being washed.
I feel it is an influence of my days in theatre. When I made large works and presented them before the audience, I was always told that it was as if I was staging the work. Now, that element of performance is coming to the forefront. I have always felt that in my art practice, my learnings in theatre have played a much more important role than what I learnt in art school. It is a passion I pursued for five long years, from when I was just out of school. Working with a small theatre troupe based in Patna, I travelled across India, from Jamshedpur to Allahabad to Rampur. I would do everything — acting, makeup, set design and even painting posters. It was after looking at those that someone recommended that I join art school. My father was no more and the responsibility of the family was on my elder brother’s shoulders. There was no one to guide me, but, fortunately, I was free to do what I wanted. So, I joined art school in Patna.

You have often said that you did not learn much at the College of Art and Craft in Patna. What do you feel about the state of art institutions in India?
The course that we followed was very regimented and academic. We had lessons in still life, drawings; there was no introduction to the greats such as (Pablo) Picasso or (Vincent) van Gogh. The only positive thing about my years in art school was the interaction with seniors. I remember one extremely talented student, I was driven to become like him. Then, another senior of mine taught me how to work with watercolours — from how to prevent the paper from blotting, to how we move from light to dark shades, as opposed to how we handle oil.

With regard to art schools, I don’t think much has changed. What made places like MS University (Vadodara) so good was teachers such as Mani da (KG Subramanyan) and Gulammohammed Sheikh. A good art teacher will not tell a student what to do, but will develop on what they have — their thoughts and talent. Unless art schools invite good artists, how will students learn anything? When we travel abroad, there are so many invitations to speak to art students, but in India no one has ever approached me. 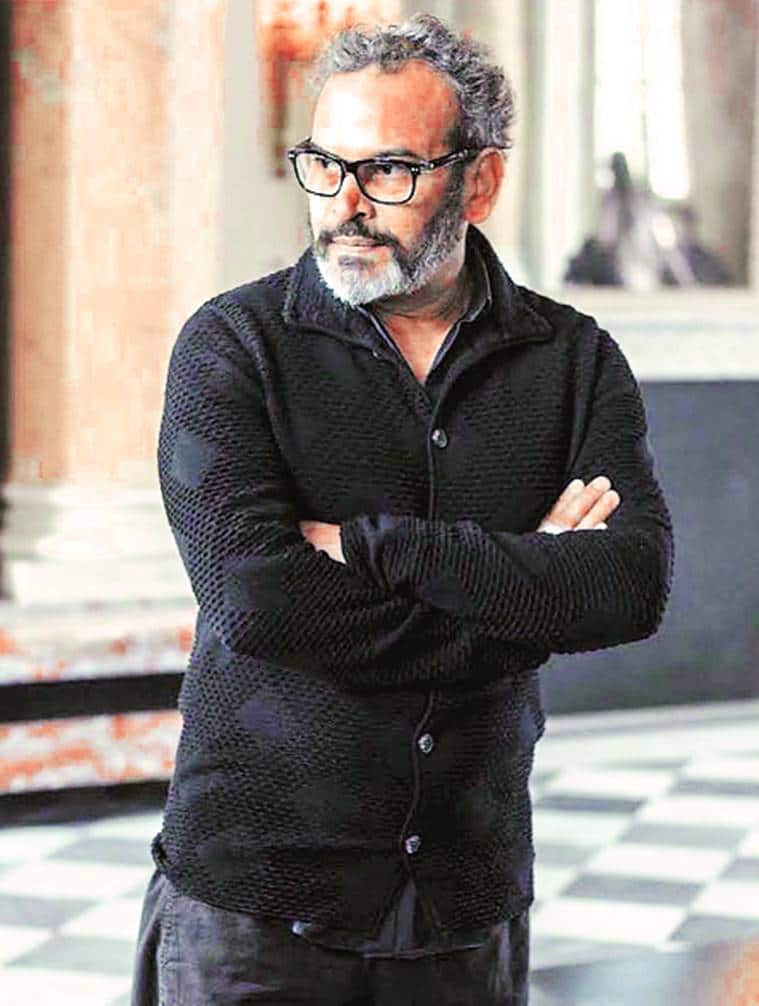 You have been working with stainless steel for over two decades. When did you first realise that it was the medium you wanted to work with? How do you respond to critics who allege that you stuck to the medium due to the market.Ninety per cent of our population uses stainless steel utensils, and when the number is so large, there is also an irony to the shininess of the object and the emptiness, because some plates go without food. It must have been around 1997-’98, while I was cooking in my apartment that I decided to bring all of the utensils to the living room and decided to use them in my art. Over the years, I have experimented with their different layers and forms. It is like samudra manthan, something new emerges every time. Some artists spend their whole life working on one thing. Actually, I don’t think even a lifetime is enough, there is so much one wants to do. I think I have been versatile. When one script is over, I ask myself where the next script is, what am I doing next. I have been a practising artist for almost 40 years now. It is like swimming, sometimes, you find yourself in muddy puddles, at other times, it could be a beautiful ocean. I also made bad works while swimming, and works I believe are good. I have also made mistakes. I am human.

Was market ever a driving force?
It was never a driving force, but I won’t say that I am a saint and completely ignored the market all the time. Of course, sometimes it was something that affected my decisions. When you have nothing and then you have something you have never seen before, you want it. But the key is that you must know how much you want. Money should not drive you as an artist, that is dangerous.

Lately, the shining utensils have been replaced by old aluminium utensils.
These utensils tell individual stories and the stories of their owners. Each of them are different. As an artist, I don’t have control over them. If you delve deep, you will get lost. I do not interfere with the individual stories, and, perhaps, just give them another form in my work, another life.

You have largely refrained from political works, with 1 KG War Ingot (2007) as one of the few exceptions. But now you are engaging with subjects such as displacement and migration. In Cooking the World at Art Basel, last year, you offered a shared meal ‘as the strongest indicator of inclusion and acceptance into a community’.
I don’t think there is any point in jumping into things. If I am not deeply political myself, there is no point in making political works. In some instances, it is being done because I think making political works has become fashionable. In 1 KG War Ingot, I was treating war as commodity. It referenced how we buy vegetables — war ammunition is also bought and sold that way. In Cooking the World, through a shared meal I was bringing people together, creating a familial bond and intimacy. In my latest series of watercolours, too, I am looking at displacement. As an artist, I feel compelled to respond to what is happening in Syria. It is painful how the country and its people are being devastated.

Last year, you were cooking at Art Basel as part of your performance piece, in April you had another spread at Monnaie de Paris. Apparently, you carry spices when you travel. You are known to be quite good at cooking.
I love cooking. It makes my happy. I carry spices to cook for people I might meet on the journey. When I am travelling, I also observe how others cook. In Cooking the World, once the installation was ready, with all the used vessels suspended from fishing lines, as I entered this home, I imagined how it would be to eat there. I proposed the idea to Art Basel and it turned out to be magical.