Eipe's artwork is full of wondrous discoveries and intimate joys, much like the stories they illustrate Working to a writer’s narrative is not always the easiest of tasks, but Eipe, who has written a few picture books himself, including Anand and the popular Ammachi series, prefers it to writing his own stories.

The handful of illustrations on Rajiv Eipe’s dormant Instagram page are somewhat different from his vivid artwork for children’s picture books. Dating back to the 2019 protests against the Citizenship (Amendment) Act and the National Register of Citizens, these stark monochromatic pen/pencil sketches offer a satiric commentary on contemporary politics. In contrast, his illustrations for children are more elaborate — popping with unusual colours, like a purple-skinned, curly-haired book-loving little girl, bursting with exuberance, like the anticipation writ large on a boy’s face as he helps his Ammachi make coconut barfis. But there’s one thread that binds both — a deep awareness of the milieu and a sparkling sense of humour. The Bengaluru-based artist himself has never distinguished between the two. “I am not sure if illustrating for children is any different from doing it for an adult. An image is unlike a story because we all notice different things in it. That’s what makes it interesting,” says Eipe, 37, winner of this year’s Big Little Book Award (BLBA) in the illustration category, an annual award to celebrate excellence in children’s literature. 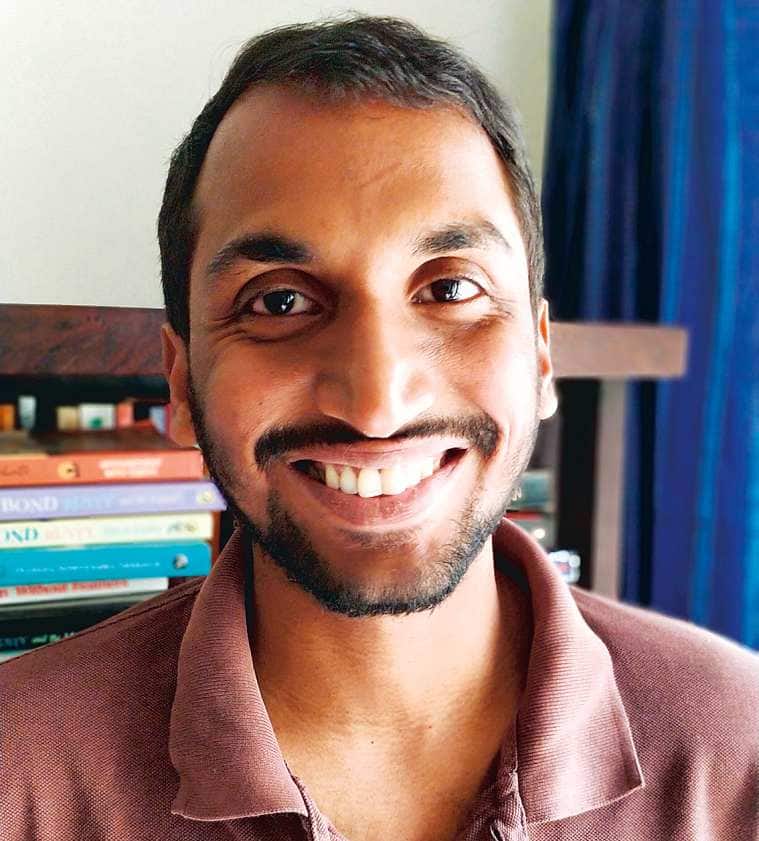 “Storytelling doesn’t come naturally to me. I like it when I can bounce off ideas with the editor and the art director to get a sense of where I am headed,” he says

So what does one notice when one looks at an Eipe artwork? You could stop at his illustration of the irrepressible Anand (Anand, Pratham Books Storyweaver), who collects trash from the neighbourhood and loves to jig in his free time. The cast of characters he meets on the job, the overflowing garbage van that he drives, the way people react to him are vignettes of familiar metropolitan life, including the uncomfortable truth about how little one knows about the “kudawale bhaiya” who does the same for our neighbourhoods. You could stroll with Chutku and his pishi (Pishi and I, Timira Gupta), slowing down ever so often to pet a stray or pick a pebble or a flower, stopping by at the local kirana store or the sabzi mandi, where you know everyone and everyone knows you. The illustrations open up the world from Chutku’s perspective — it is a place both unknown and familiar, full of wondrous discoveries and intimate joys, quite like Eipe’s artwork themselves.

“Working with Rajiv is not just delightful, but also fascinating. Whether it’s purple Puchku and the tall giraffe with a band-aid on her knee in A Book for Puchku (Deepanjana Pal), the sensory details in Pishi and Me, the feisty Ammachi in the beloved eponymous series, or the poignant and awesome Anand — his stories, characters and settings offer a new way of looking at the world, turning it around with his sense of humour, warmth and imagination,” says author and editor Bijal Vachharajani, who has worked extensively with the artist on book projects.

Eipe’s journey into the world of art began conventionally enough. At his Chennai home, his brother and he grew up with the quintessentials of an ’80s childhood — Tintin and Asterix, Robert Hargreaves’s Mr Men series, children’s magazines such as Target and Tinkle. “Copying those cartoon characters felt like some sort of validation. At that age, I had no idea what I wanted to be when I grew up but art made me happy,” he says. In 1993, when he was 10 years old, the family moved to Mumbai. It would be here that Eipe would join a course in fine arts at the Sir JJ School of Art for graduate studies, following it up with a course in animation film design from the National Institute of Design, Ahmedabad in 2004.

Eipe’s journey into the world of art began conventionally enough.

The offer to design a picture book came a few years later, when he had been working as an animation artist in Mumbai. Geeta Dharmarajan of Katha Books invited him to illustrate her picture book, Dinosaur-Long-As-127-Kids (2010). Suddenly, Eipe was on the threshold of the career his love for art had led up to. “From copying drawings from illustrated books and cartoons as a child, then learning to draw and paint from ‘how to draw and paint’ books, to learning about great artists from books and magazines, and then going to art school and being exposed to a wonderful world of contemporary art, [I] finally, [came a] full circle [by returning] to drawing for picture books,” says Eipe, whose dexterity in multimedia has not replaced his love for pencil, charcoal or crayon sketches.

Working to a writer’s narrative is not always the easiest of tasks, but Eipe, who has written a few picture books himself, including Anand and the popular Ammachi series, prefers it to writing his own stories. “Storytelling doesn’t come naturally to me. I like it when I can bounce off ideas with the editor and the art director to get a sense of where I am headed,” he says. His editors are certainly not complaining. When news of his BLBA win broke, one of them, Aparna Kapur, author and deputy editor, Pratham Books Storyweaver, sent the artist a congratulatory message: “There once was a chap named Eipe/ Who never did grumble or gripe./ With each book he drew/ His admirers grew./ He’s very much worth the hype!”

Tamil writer Salma on chronicling the claustrophobia of home 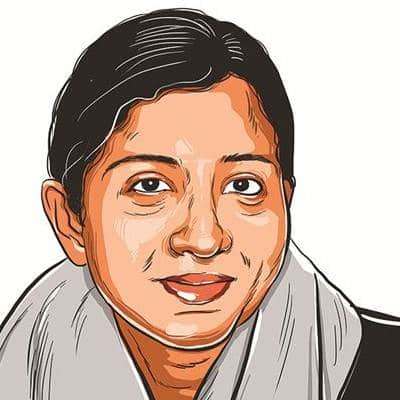