Here's your list of this week's special stories that you must read! 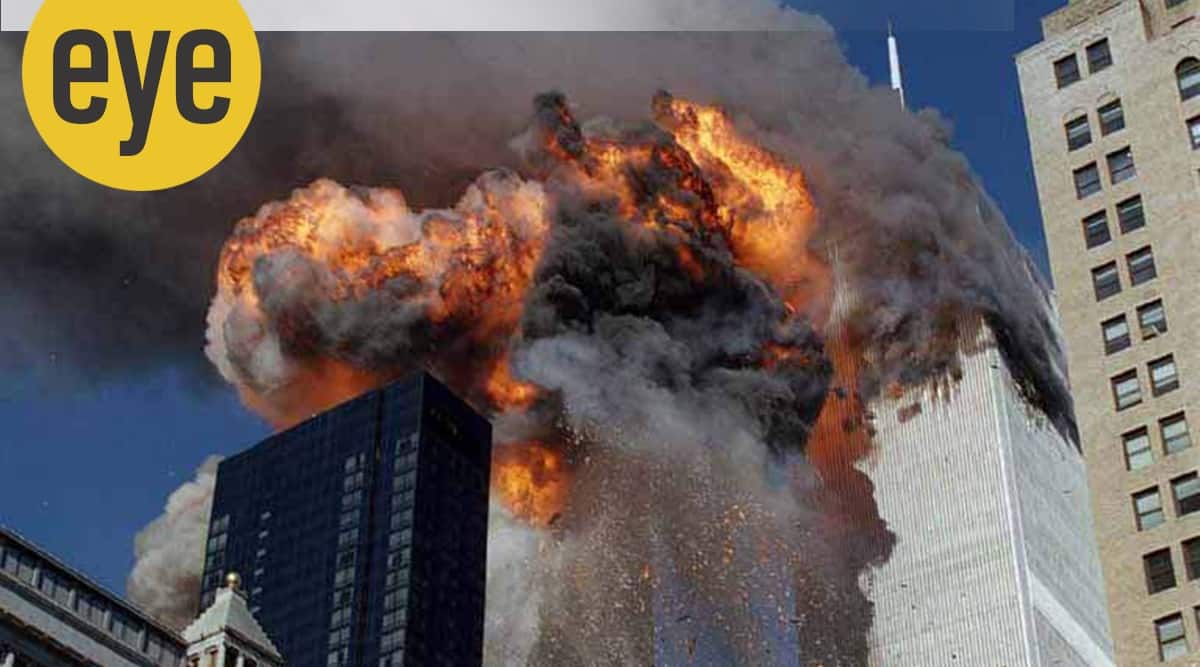 On the 20th anniversary of 9/11 World Trade Centre attacks, the story of a miraculous escape

That September night, Roselle, the yellow Labrador, woke up, shivering and yelping in fear. Like always, she had sensed that a thunderstorm was brewing, and her owner, Michael Hingson, had to take her down the stairs to his basement to shield her under his desk. Hours later, the guide dog would help Hingson, who was born blind, walk down the stairs to safety from the 78th floor of the rapidly disintegrating World Trade Centre (WTC) in New York, minutes after terror outfit Al Qaeda crash-landed a plane, American Airlines Flight 11, through tower 1 (North Tower). Seventeen minutes later, there would be another plane, United Airlines Flight 175, that would crash into the South Tower. Some 2,750 people died in New York and thousands were injured, the repercussions of that attack rippling across nations over the decades.

Can you build a house in seven days? Anupama Kundoo can Full Fill Homes (2015): Built in Auroville, this is envisaged as a speedy and affordable housing unit. It can be assembled on site in seven days, including foundation work (Photo: Javier Callejas)

Last month, architect Anupama Kundoo won two international awards — RIBA Charles Jencks Award and the Auguste Perret Prize — that honour innovation in technology and the architectural theory applied in practice. Kundoo, 54, has been designing projects in Puducherry, Auroville, Chennai, and Pune for over three decades. Born in Pune, studied at Sir JJ College of Architecture, Mumbai, she worked in Auroville from 1990, and is currently back in Berlin, where she lives, since 2018. In this email interview, Kundoo speaks about working with one’s hands and DIY designs. 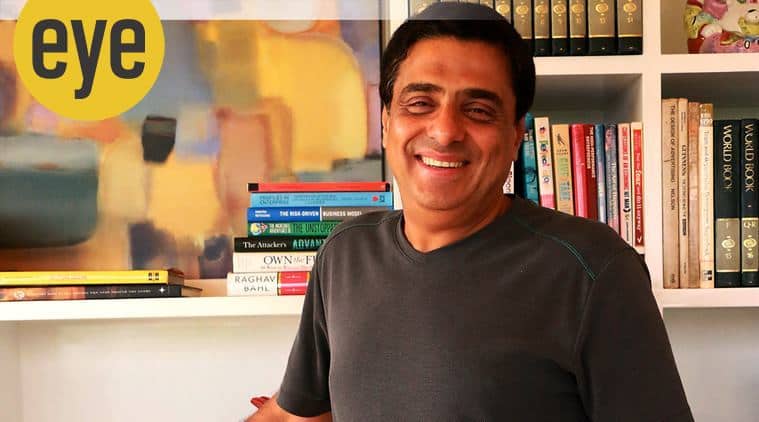 Did your role as a producer inform the writing of Skill It, Kill It: Up Your Game? There seem to be many parallels.

Just to clarify, I haven’t played that role in the last 10 years. That’s my previous avatar. My main focus is really upGrad (online higher education company). RSVP (Movies, his revamped production house) is more of a hobby; it takes less than five to ten per cent of my attention and time. I haven’t been active other than occasionally when I want to do a movie. 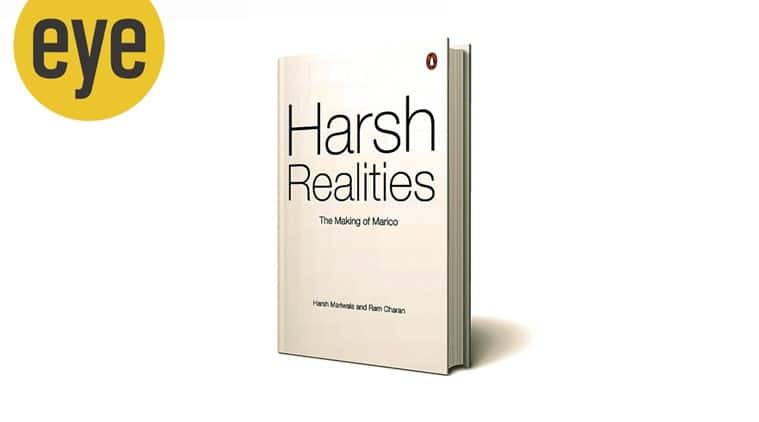 For a country full of turns” — this recent advert for a tyre company is an apt description of the business ecosystem of a pre-liberalisation reforms era. Such were the complexities of the licence raj then that it did not matter if you had a financial jumpstart by virtue of being born in a relatively well-off family. One stroke of the pen and you had to wait eons to get that consignment, stuck in customs, cleared. How then did India Inc. navigate those paths, and build itself into the behemoth that it is today?

Book review: What led to the great fall of CPI(M) in West Bengal Gangster State: The Rise and Fall of the CPI(M) in West Bengal By Sourjya Bhowmick; Macmillan; 360 pages; `650

In early May, after a bitterly fought election, parts of West Bengal were overtaken by a terrible spell of violence. Cadres of the winning party, the Trinamool Congress, allegedly decided to hand out a lesson to the footsoldiers of the Sangh Parivar which had, in the preceding months and weeks, dished out its own brand of highhandedness on West Bengal’s ruling party. Caught in this revanchism were groups of young men and women trying to organise relief for people caught in the deadly second wave of the pandemic sweeping the state — and other parts of the country. This spirit of do-goodism actually drew from political ideology — the volunteers were members of the CPI(M)’s student wing, the Students’ Federation of India (SFI), and its other youth organisations. Their party had drawn a cipher in the elections. Ten years ago, however, it held the reins of power in West Bengal; its cadres ruled the streets of Calcutta.

Part III: Why Mother Nature’s third squadron is the most acrobatic On September 11, 2001, terror gripped America and would inform its life thereafter. It would also alter lives across the globe – Middle East, Southeast Asia, Latin America and more. The twin-tower attacks changed the course of the 21st century. Of how the world would perceive America thereon, a mutant superpower. It led to the Taliban returning to control Afghanistan 20 years later, last month. While much has been written and filmed about 9/11, what led to it and the offensive unleashed thereafter, on its 20th anniversary, let us revisit the horror and the tragedy with documentaries, TV series and films – the good and the bad An Economist at Home and Abroad: A Personal Journey By Shankar Acharya, HarperCollins, 299 pages, Rs 599

Amartya Sen’s new book is called Home in the World. Shankar Acharya’s new book is titled An Economist at Home and Abroad. The first is described as a memoir, the second is an autobiography, subtitled “A Personal Journey”. The first directly alludes to Rabindranath Tagore’s novel Ghare Baire (1916), the second, perhaps, does so subconsciously. Who is Shankar Acharya? He is, of course, an economist, as the title mentions. He has been economic adviser in the Finance ministry, the chief economic adviser (CEA), member of the 12th Finance Commission and the National Security Advisory Board. Afterwards, he became a newspaper columnist and several of his columns have been published as books. We can begin with the title. The author describes Mahatma Gandhi’s experiment in the 1930s of building functional and ecologically-sensible homes in a finite area using — as far as feasible — local materials, and keeping within what would seem to be an austere budget.

Venugopal Maddipati is not among those who distinguish “building” from “architecture” — a “caste-differentiation” which distinguishes “informal” from “formal”, “vernacular” self-built homes from houses designed by professionals, also implying a difference of scale.

The word ‘housing’ has a class connotation. It originated from the anxiety of employers to provide homes for migrants working in the new urban factories in 19th-century England, because they were fearful of diseases spreading out from their dense settlements (read bastis for India). The use of the term in this book is much broader and suggests that we need to think about the size and design of homes for everyone, not just for the poorly paid.

Explained: Why Netherlands is considering a proposal to cut livestock numbers