Satyajit Ray birth centenary: A tribute to the cine maestro On his birth centenary, a tribute to Satyajit Ray through images captured by his friend and colleague of over two decades, the late photographer Nemai Ghosh

“In a sense, the possibilities of fusing Indian and Western music began to interest me from Charulata (1964) on. I began to realise that, at some point, music is one … Especially for my contemporary films … I knew that raga music alone just would not do: because the average, educated middle-class Bengali may not be a sahib, but his consciousness is cosmopolitan, it is influenced by Western modes and trends. To reflect that musically you have to blend — do all kinds of experiments. Mix the sitar with the alto and the trumpet and so on.” – Satyajit Ray 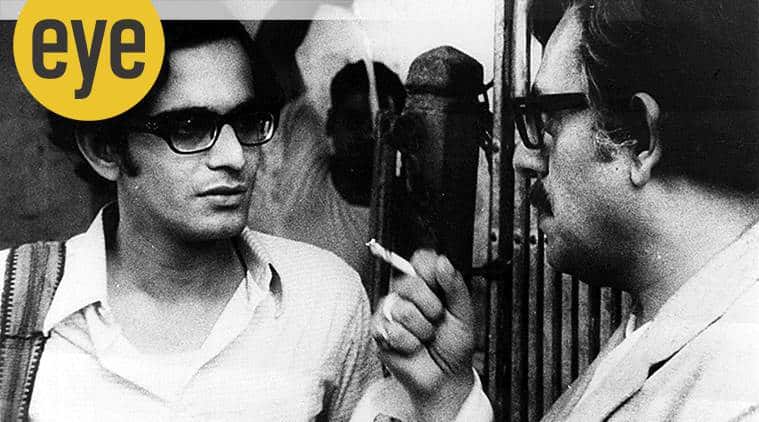 In Mahanagar (The Big City, 1963), when Arati’s (Madhabi Mukherjee) chatty boss Mr Mukherjee (Haradhan Banerjee) drops her home one evening, while navigating the congested lanes of Calcutta’s Kalighat area, he speaks — in an attempt to impress her, perhaps — of how he feels for the pedestrians and tries to give them a lift in his car. It upsets his wife, a stickler for hygiene, who requires “three bottles of Dettol per month”, he says. She tells him, “How do you know they aren’t carrying infectious germs? Disinfect the car or I won’t ride in it”. In one seamless sequence, director Satyajit Ray masterfully establishes class divide, “othering”, and prejudice of how the haves consider those off the streets as “carrier of germs” and obsess over sanitising themselves. The scene has uncanny resemblance to our times when the coronavirus has made people socially distant, every human a “carrier of germs”, and every class of people relying on sanitising liquid to keep the virus at bay! 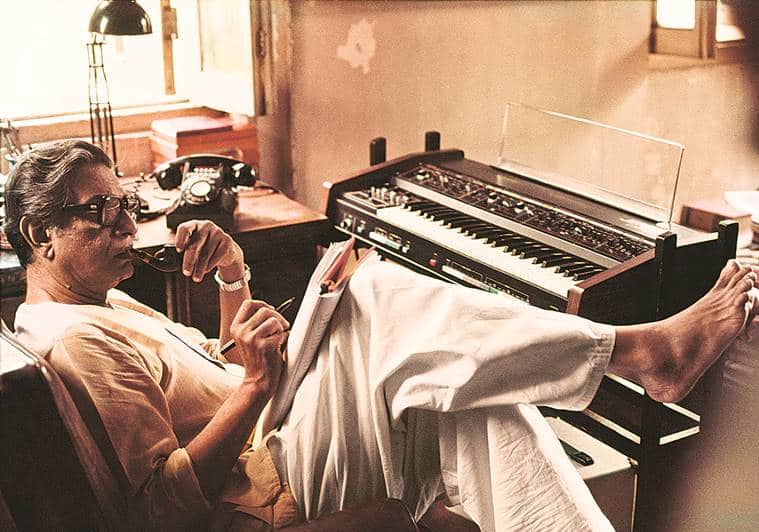 Ray was possessive of me, like a father is of his son: Soumitra Chatterjee

Soumitra Chatterjee, 85, has worked with Satyajit Ray in 14 feature films and two shorts. This is considered to be one of the most enduring artistic collaborations in the history of contemporary cinema. In his six decade long career, Chatterjee has worked with several other renowned directors including Tapan Sinha and Mrinal Sen. However, it’s Ray who has played an important part in shaping the legendary actor’s sense and sensibilities.

‘Ray’s women had agency. He wanted to capture the half shades, the hardly audible notes in them’: Sharmila Tagore

“…my mind keeps going back to the day when Ela Bhatt (social activist) told me about his passing. Perhaps, it is the lockdown effect. At the time, I was standing at the foyer of our house in Pataudi and although I was getting regular updates on his failing health, her words caught me unawares. The rest of the day was a blur. Later, when I was alone in my room, it finally hit me that I will never see him again.”

For those of us here in the West, the Apu trilogy — Pather Panchali (1955), Aparajito (1956) and Apur Sansar (1959) — was a milestone. We were used to seeing India on screen but through a purely colonial perspective, which obviously meant that the principal characters were Westerners and the “extras”, the people who provided the local colour and the background detail, were Indians.

The eye of a genius: The cinematic universe of Satyajit Ray

Satyajit Ray was a quintessential humanist who used the camera with empathy to tell stories. Stories that capture the beauty and severity of life in rural Bengal, decaying feudalism, the struggles and aspirations of the Bengali middle class and its conflict with dogmatic religion. His films told stories in ways that only a humanist of his stature could.