What Mother Nature missed out on

When nature’s evolutionary engineering department forgot to invent the wheel 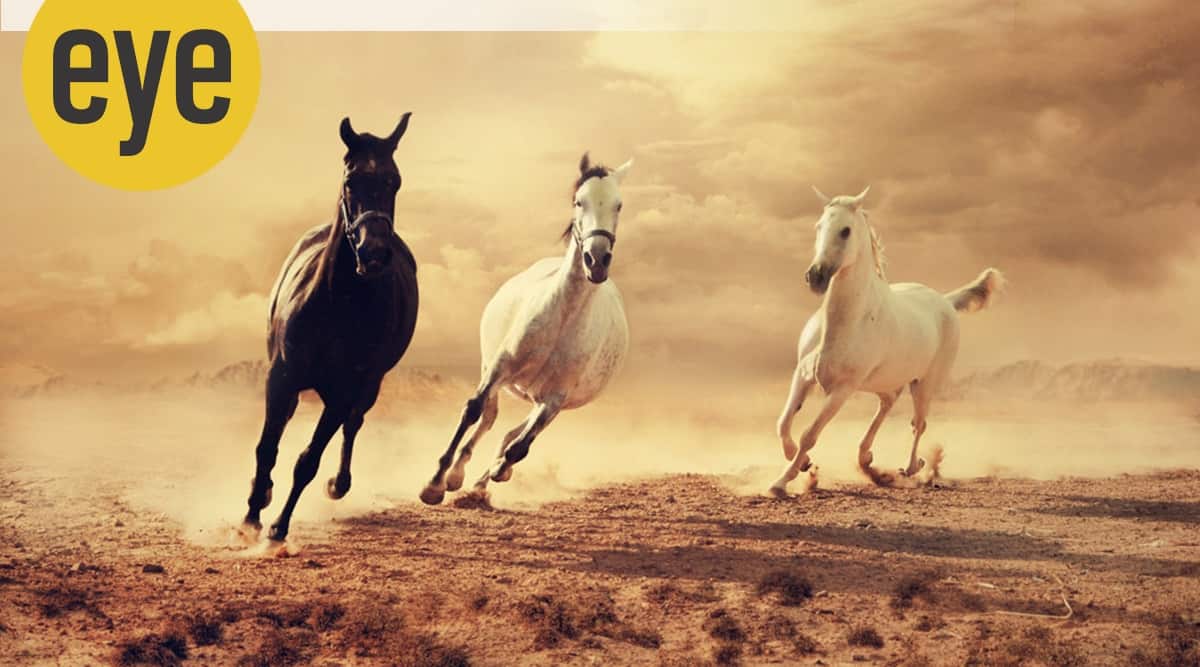 Why legs may be better than wheels! (Credit: Wikimedia Commons)

It really is a bit galling: you think of any “great” invention of ours and you’ll find that good old Mother Nature and her evolutionary engineering department had got there, done it millions of years earlier, turning us into nothing but copycats — and nowhere as good as her. So, she had planes: bats, all those monstrous flying lizards, birds and insects; of course, helicopters: spiraling seed pods; submarines: fish; and parasailing baby spiders, et al. She could produce very efficient cold light in the blackness of the ocean depths and had the technical prowess to zap you with a 600-volt electric shock. She could sense the Earth’s magnetic and gravitational fields and the faintest electrical signals given out by living bodies. She was in the arms race and into chemical warfare much before we thought they were ideas we could use. She seemed to have invented everything needed — offensive or defensive — for the survival of the billions of life forms she evolved.

ALSO READ |What I saw from my hospital window

Then I began to grin: aha, there was one little thing she had left out of her box of tricks — which, in fact, was our biggest triumph of all! She had not thought of inventing the wheel. This was a toughie because even we only got serious about the wheel during the Bronze Age and two ancient civilisations actually discarded it as being useless. But for Mother Nature to not think of it at all: Curious really, because a man on a bicycle is 25 per cent more efficient than a man walking, 15 per cent more efficient than an automobile and 400 times as efficient as a cockroach walking. So, why did Mother Nature miss out on this form of locomotion altogether?

Well, there were several technical problems she found impossible to surmount. For one, a wheel needs an axle which will give it the motive power to rotate. All living creatures need blood vessels and nerves to operate them — to provide energy and get rid of waste, and the wheel would need that too. But a single rotation of a “natural” living wheel would strangulate any attached veins or nerves, shutting down the system. But Mother Nature is ingenious, so why didn’t she think of attaching wheels to their axles with dead tissue — like the keratin in our hair and nerves? The motive power could come from the usual leg muscles: in other words, why could rats (and cats) not zoom around on wheels resembling roller skates? We’ll come to the answer in a moment, after tackling some of the other major issues Mother Nature is faced up with.

ALSO READ |Who can horrify with its giggle or make you nervous with its howl?

A wheel is a totality in itself — you cannot think of half a wheel or quarter of a wheel. Mother Nature, unfortunately, doesn’t get full-blown brainwaves (or eureka moments) like the wheel demands. She has a completely different methodology. She goes about making infinitesimal improvements to her existing genetic designs often taking million of years to achieve perfection. Even her starting points must have some survival value — otherwise she would discard them. For example, the development of the eye started with light-sensitive cells whose performance improved when they were concentrated in pits, because the organism was now more sensitive to light and shade and movement, which in turn helped it to survive. From here developed the lens, the rods and cones, the diaphragm and iris: the eye. But if she were given, say, a quarter of a wheel to start off with, what would she do with it? It had no intrinsic value in the first place! Mother Nature did wings but not wheels! (Credit: Ranjit Lal)

Again, a natural wheel would have to grow — and, if attached to the axle with dead tissue, how would that happen? Suppose it were made of dead tissue itself — and like our nails, for example, did grow. Well, they couldn’t grow without a source of nourishment which again had to be linked to the nervous and vascular systems. Also, with constant use — it would get honed down.

The big question, however, was: were wheels really of any use to Mother Nature’s menagerie and its philosophy of survival? I keep grinning when I imagine rats and cats and dogs racing after each other on roller-skate-like wheels, but they’d need a minister like our honourable Nitin Gadkari to build them the roads for that! Extrapolate those to elephants and hippos and they’d need expressways! In their natural environment – and even in cities — they’d be tripping and flipping over all the time in potholes, kerbs and ditches! Even we do. I remember the sheer disdain with which a Great Indian bustard (may its soul rest in peace) outpaced our Bucking Bronco Jeep with easy strides in the Karera Wildlife Sanctuary (now extinct). Imagine cheetahs chasing impala on the African plains — both on wheels! Powerful, strong legs were easily the better option. So, even if there was a way Mother Nature could evolve wheels — she wouldn’t.

ALSO READ |What makes a tree throw a party for every bird, insect and animal in this flowering season

To be sure, there is one, minute bacterial creature that does use a “wheel”. Using a rotary motor, the flagella of the prokaryote cell freely spin like a wheel, creating a corkscrew-like movement in a filament, to which it is attached to move the cell around. This system, however, can only work at the molecular level and cannot be scaled up for larger organisms.

Ah, you may argue, what about the pangolin that curls up into a globe and that spider in the desert that rolls itself into a ball and zooms down the dunes, and tumbleweed drifting for miles across the desert? Well, here the entire animal turns itself into a “wheel”, just like a child somersaulting, and that doesn’t really count!