Menopause marks the end of something, but it doesn’t mean your life is over

In a society where sex is overvalued, menopause can be hard. It’s about time it was normalized and talked about in pop culture — in a way that doesn’t make it sound like it’s the end of the road. 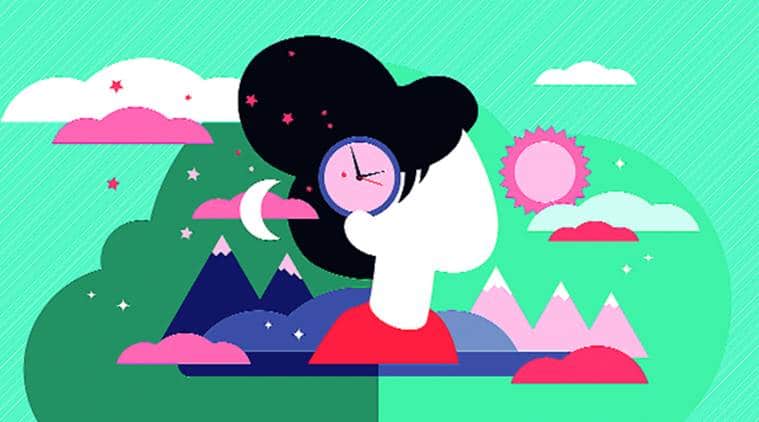 My uterus shut down for business around a year ago. In the years leading to it, she put up several award-winning performances: popping a gorgeous healthy baby at 41, shrinking back post-baby in 40 days as promised, renewing her vows in her flashy red dress a few months later, as though nothing had happened.

A few years later, the high-performing uterus went into amnesia. The period got weirder and weirder, alternating between spotting and flooding, until it was AWOL.

Menopause? Already? I wondered. I had little clue at the time that peri (near) menopause was even a thing. “It is not over until you go for a whole year without a period,” my doctor said.

And so I waited. A few more false alarms and I was done. I was officially in menopause. For someone who had an unceremonious first period at 15, with none of the stain drama at school, I wanted my menopause to be spectacular. No such luck.

The lines between peri-menopause and menopause were blurred in my case; perhaps, I was too much in a haze to notice the transition. I had walked out on a marriage, had no job, or child support and now my body was betraying me. Plus, I am a member of the “sandwich” generation, a group that must simultaneously care for elderly parents and young children. And yet, I was enveloped by a sense of fearlessness, which to me is the most astounding side-effect of menopause. I don’t know if it is entirely hormonal or if it’s the freedom that comes from knowing who you are and what you are capable of.

For most women, menopause is a long-drawn, often painful and frustrating process that in many ways marks the end of something – youth, sleep, fertility, desirability, sex, a waistline. Women do not like to talk publicly about this, and since we live in nuclear households, there are few opportunities for intergenerational conversations about these bodily changes dictated by hormones – whether puberty, child birth or menopause. Throughout history, this colossal re-ordering of the chemistry of every female adult body has gone largely undocumented, except, perhaps the odd hot-flash or mood-swing joke. Menopausal women are treated like time-bombs waiting to be defused – mad, angry and dangerous. Fact is, they are just returning to factory settings. It’s about time menopause was normalised and talked about in pop culture – in a way that doesn’t make it sound like your life is now over.

In a society where sex is overvalued, it’s understandable how menopause can be hard. We grow up with the lie that nothing is more important than how sexy we are, how well we attract the opposite sex and how long we have game. Naturally, the idea of estrogen depletion looms like impending death.

My menopause coincided with my turning 50 and, strangely, it was emboldening. Although my body continued to betray me, there was a lightness in my heart in accepting the changes. The grey mane had been a thing for years, but now, my chin sprouted a grey strand too. I didn’t mourn menopause. I celebrated it, with a little help from Nora Ephron, Joan Rivers and Wanda Sykes. I know that the body keeps the score and reminds you that it needs love, not correction. I know that the connections we make with family and friends is the antidote to the stark realities of ageing. Yes, some of your clothes don’t fit right, but there is something in your persona that feels just right. Like you are the finally the best version of you.

Fifty is a great age to call out on the bullshit in your life – relationships/marriages that deplete, career paths that take you away from you, lifestyles that don’t nurture. You realise that since the years in front of you are probably fewer than the years behind you, this is where the rest of your life begins. And the rest of my life was going to be about mindful choices: real people, real conversations, experiences that feel real and spark joy. After all the daughterhood and wifehood and motherhood business, it was nice to finally claim my personhood.

Suddenly, I’m completely uninterested in sex, but super interested in stuff I never cared about before. It’s, as though, losing my libido coincided with finding my mojo. I’m more creative than ever, more giving, more accepting, less anxious, less eager to please, less hard on myself. I love being an older woman. I am more than a person with parts. I feel whole and complete. I know that the rest of my life is mostly about me.

Lalita Iyer is a Mumbai-based writer.