It skips the money deals that greases alliances and the rules that keep women in check and only unpacks selectively what an upper-class, upper-caste Indian marriage entails 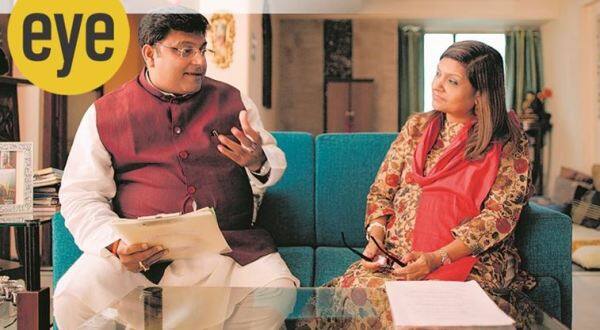 Indian Matchmaking unpacks only selectively what an upper-class, upper-caste Indian marriage entails. It’s no coincidence that both the desi matches Sima Taparia makes are for “boys” ( grooms are invariably termed “boys” and brides are “girls”, even if they are well into their 30s). If the show had included desi girls, the sticky territory of “Kitne ki party hai, lena dena, saas ke liye zevar, nanad ke liye sari (how wealthy the families are, the demands for dowry and gifts)” would have been harder to shove under the carpet. But the show steers clear of un-classy on-camera bargaining, because that would be too “real” for a show which wants to go down easy, even if everything in it is staged.

Here’s the deal. It’s not called the Big Fat Indian Wedding for nothing: the bigger it is, the fatter the bottomline, the longer the shopping list, which could include all ceremonies on private islands to which guests are ferried via Learjets, to a “small” four-bedroom builder flat so that the “children” could start well, to hefty fixed deposits for the new business the groom wants to start, to the much more modest car-bike-fridge-cash-in-envelope. All of it costs, moneh, honeh. Oodles of it. And who pays for it? The “girl’s side”, of course. There could be a “reception” that the “boy’s” side throws, but the bulk of it, of course, “ladki waaley karenge, ladki ki khushi nahin chahiye (will be borne by the woman’s family, don’t they want her happiness)?”

We see none of it on the Netflix show because it needs to be palatable to a global audience. Anyone in India would be asking the one question: how much? That would be the real, true, authentic voice of a Big Fat Indian Wedding. Why do we never hear what Sima aunty charges for her services? She, who is a service provider par excellence, flitting from one destination to another, her basket of goodies overflowing with the right biodatas.

Here’s what an arranged marriage (having matched caste, colour, pedigree, gotra, nakshatra), whether it is between extremely affluent families, or much lower on the socio-economic pecking order means: the bahu needs to keep her head down, mind her business, and do as she’s told. The ghoonghat or the veil may have gone, but the downcast eyes are still desirable. Patriarchy, handed down generations, coloured every single aspect of a new bride’s life, as she took her first alta-coloured steps in her new home, her face not to seen by the father-in-law or the elder brothers-in-law, because that would be “shameless”.

The kitchen was the bride-bahu’s ordained habitat, except that what got cooked, even the degree of masala in each dish, was decreed by the mother-in-law. Even today, in many homes, the bahu serves the men and the children. Then she eats. If the baby cries, she needs to soothe it; if she is doing something else, she needs to drop it when anyone in the house requires her services. What time she gets up, what time she sleeps, what she eats, how much intimacy is allowed between her and her husband is all decided for her.

If anyone thinks that this is no longer what happens in contemporary India, I invite you to speak to today’s daughters-in-law. The new brides. The experienced bahus, who have learnt to navigate this terrain. The ones who have packed away their “modern western dresses” and wear sanctioned clothing, who get the car when no one else needs it, who need to ask for permission when they step out of the house. When it comes to Indian women who are in arranged marriages, the rules are always made by the mother-in-law, the sisters-in-law, and any and all in-laws who feel they have the right to set out prescriptive behaviour.

You also get a lot of cutesy “oh, ours was an arranged love marriage”. Code for, the marriage was arranged, but we managed to fall in love with each other, and look how happy we are. Which is moot, isn’t it? Because happiness is not a function of a marriage being arranged, or not. It is how to live with each other, learning to work with each other’s foibles, quirks and weaknesses. That is the adjustment and flexibility which is needed, and we didn’t need a Sima Taparia to tell us that.