Filmmakers Rintu Thomas and Sushmit Ghosh of Writing with Fire, India’s first Oscar nomination in documentary feature, on the film, the spotlight and a controversy 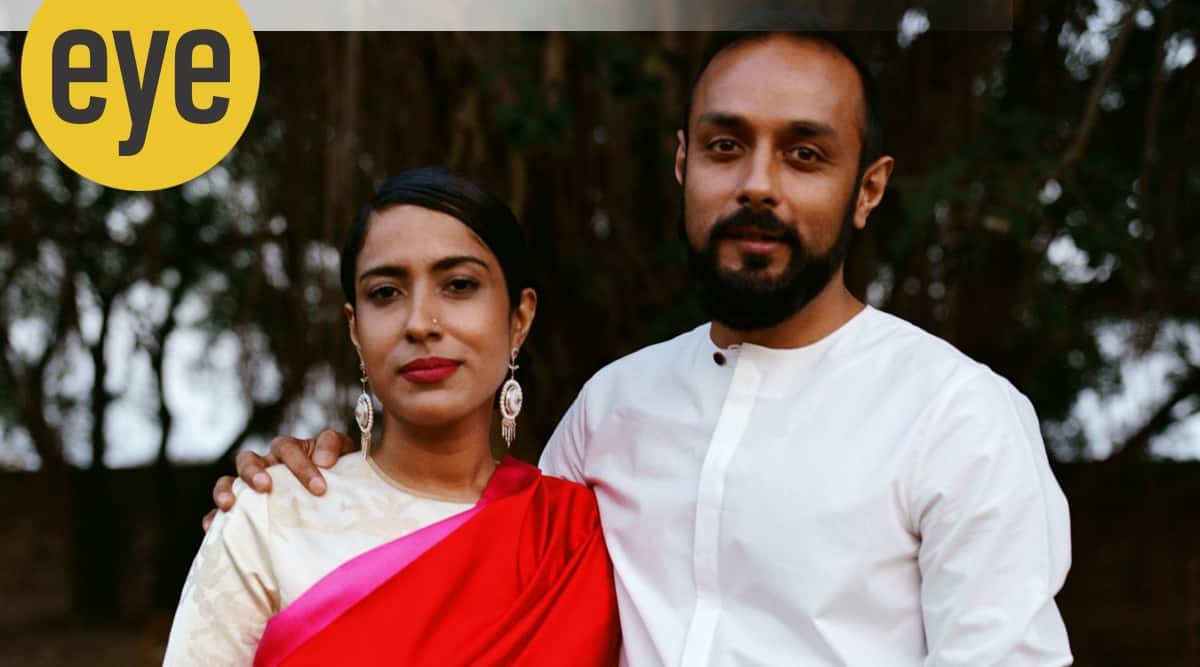 The road-to-Oscar rigmarole aside, was the Academy’s recent policy on diversity key in them selecting Writing With Fire?

Rintu Thomas, 35: After the whole #OscarsSoWhite (movement, since 2015), the documentary branch of the Academy took its diversifying efforts most seriously, with more people of colour, more women as voters, from outside of the US, that has a huge bearing on films like Writing With Fire or Attica this year, or Collective and The Mole Agent last year.

Sushmit Ghosh, 39: We’re the only film that doesn’t have a big producer, streamer or a studio behind it. The nomination, a big win in itself, has opened up a conversation, pan-industry, about how far an independently produced film can go and what the meaning of independence truly is. 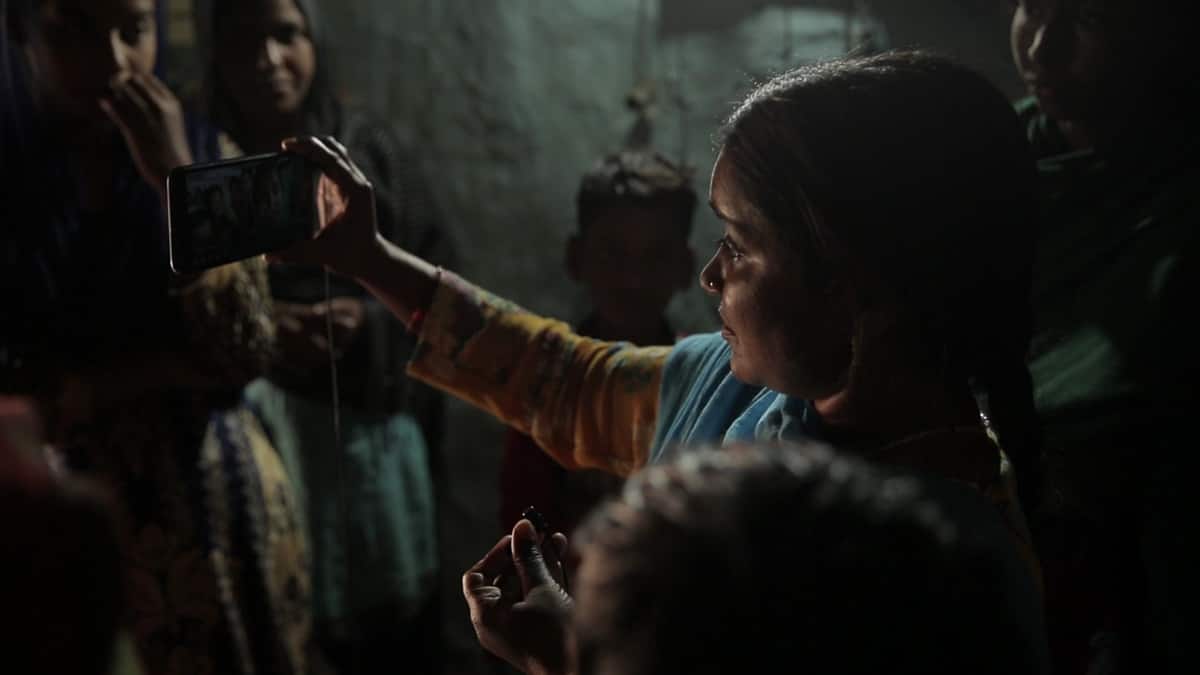 A still from the film

Non-fiction filmmakers are rarely invited to film-industry roundtables. Rintu, you are part of Maitri, a female-first initiative between MAMI (Mumbai Academy of Moving Images) and Amazon Prime, would you ascribe this inclusion to the Oscar nomination? What will your role be there?

Thomas: It was a thoughtfully curated table. I realised I was the only one from the world of non-fiction but it was a joy to reach across and share notes of our shared struggles as women writers, producers, creators. Usually, a table like this would have a string of well-known names and I appreciated how this was a different experience. Therefore, the importance of — and our role as — gatekeepers who open doors and keep it open, share knowledge so that not everybody has to reinvent the wheel.

The camera stays at the journalists’ eye level. Talk about the film’s feminist lens.

Ghosh: I believe when you have women in leadership positions, half the problems in the world will disappear. Feminism is all-inclusive, it believes in the sanctity, equity — unlike equality — and dignity of all life. Those are the kind of characters we met while filming Writing With Fire. And it’s interesting that this film on an all-women journalistic collective has been shot by two male cinematographers. Aesthetically, Karan (Thapliyal) and I decided to shoot the film from Meera, Suneeta and Shyamkali’s perspective, who are fairly short women. So, as we followed them, Karan and I were constantly bent down as we filmed the world from their imagined eyes.

The world looks much more imposing, the stakes much larger — as we framed them as women taking on patriarchy and oppression in the spaces they inhabit. We also filmed our scenes in long takes and stayed more on the women’s faces as they responded and reacted to the world around them, giving audiences a sense of how these journalists would respond to situations that were often hostile and usually difficult to inhabit as Dalit women. For us, that the choice was really between carrying a zoom lens or a bottle of Bisleri into the field, because the summer in Banda (Bundelkhand, Uttar Pradesh) can be punishing, says something about the physical make-up of the women themselves, who cover long distances, on foot, on buses, even at night, to show up professionally.

IN PPREMIUM NOW |When, in India, Bhutan’s first Oscar-nominated director decided to become a storyteller A still from the Oscar-nominated film Writing with Fire

What visible changes, in the course of filming over five years, did you witness?

Ghosh: The fact that Dalit women are stepping out of their homes to work as journalists is in itself a reimagining of cultural conversations around gender in these regions. And you see the literal impact of their work in one of the first montages of the film where roads get built, access to water is ensured to farmers and electricity is supplied to homes. The mainstream media in these regions is almost entirely composed of male journalists, usually from dominant castes. In the film, there’s a scene where Suneeta demonstrates the nuance and sophistication of Khabar Lahariya’s reporting of a murder, while her male peers bumble around in trying to find an angle for their story. There’s now muted respect for their work among their male colleagues — what will Khabar Lahariya achieve is not a question anymore.

Female solidarity is heartening to see, but why are there no showdowns, disagreements?

Thomas: An incredible amount of power and strength in the film’s narrative comes from the way the women at Khabar Lahariya lift each other, spending time and efforts in creating solidarity and mentoring. It’s firm, yet gentle. I find the imagery of institutions led entirely by women missing from our popular culture. Mostly, when it comes to representing women’s relationships, it’s through the lens of them being competitive with each other. In this story, we had the opportunity to share an alternative narrative — one that foregrounds trust, friendship and looking out for each other.

Also Read |‘I wondered what would courage sound like’: Tajdar Junaid In this story, we had the opportunity to share an alternative narrative — one that foregrounds trust, friendship and looking out for each other, says Sushmit Ghosh; a still from the film

Tell us about positioning Satyam, a young man with political aspirations, in the film.

Ghosh: Satyam is an extremely complex, grey character, definitely not black or white. Having him in the film was important because of Meera’s own interest in him. She was interested in a long-form journalistic piece that explored the story of young men and women and how they are looking at the world that we are in right now, and what the future of the youth can be. As filmmakers, we framed these choices that our youth face in two characters — Satyam and Suneeta. Both have difficult circumstances but choose radically different paths as they chase their own dreams and carve their futures.

Among the unprecedented things with the film, your subjects turned on you earlier this week, and released a statement saying they recently saw the film, which ‘eclipses’, ‘distorts’ their work. What do you have to say?

Ghosh: We absolutely agree that the film does not fully capture Khabar Lahariya’s 20-year-long journey. We were on the ground filming with Khabar Lahariya for four years from 2016-19, as they transitioned from a print to digital news agency. The film is located in the time frame of these four years and it speaks to their power and agency both as women and as journalists with a rich history of rural grassroots journalism.

The safety and protection of Khabar Lahariya’s work has always been at the forefront of our filmmaking process. We’ve led this process with care and constant communication with the Khabar Lahariya team from our first meeting to recent weeks and are committed to continuing to engage with and address all concerns.

IN PREMIUM NOW |‘My stories are about us, about people around us’

How do you respond to the question of cultural appropriation?

Thomas: We go into this process deeply aware that the power dynamic is always tilted in favour of the person behind the camera. In the 13 years of our work as documentary filmmakers, our approach has been to invest a lot of time in making that relationship as equitable as possible. It always starts by acknowledging our role as outsiders to the realities of our protagonists and waiting for the moment when they choose us as the tellers of their story. We took the same approach to WWF, a story about media makers.

The Indian documentary film has been on a rise in the last two years, there’s Payal Kapadia’s Cannes’ Oeil d’Or winner A Night of Knowing Nothing, and Shaunak Sen’s Sundance winner All That Breathes, among others. How do non-fiction filmmakers navigate the shrinking spaces in India?

Ghosh: Countries in Asia like Indonesia or South Korea have a robust culture of supporting documentary filmmakers. Ironically, India is one of the largest film-producing countries in the world and yet we don’t have a single public funding grant made available to documentary filmmakers. This an opportunity for mainstream production houses to fill this void and set up funding infrastructure for non-fiction filmmakers, provide bursaries for student filmmakers, or amplify the phenomenal work happening at DocedgeKolkata, which remains the go-to place in India for feature documentaries.

ALSO READ |The marvels of a missus On the Oscars red carpet: “It was fresh to see them. The film is sensitive, and the filmmakers neither wanted to be frontrunners nor make a noise about themselves; the country should make a noise about them. The style had to be played down. Rintu was clear that she’s from Kerala and would wear a sari, that would have no zari or embroidery, in a material that doesn’t wrinkle easily. So, she’d be in a green Mashru silk sari, and Sushmit would be in a black, wool sherwani.” Sanjay Garg, Raw Mango. (Photo: Ashish Shah)

And that’s why one needs international networks/collaborations?

Thomas: For the first year of filming, we had to self-finance it completely. After the first few schedules, we realised this was going to be a longer-term project, its scale was growing, and entirely self-financing it wouldn’t be possible. We kept writing proposals and relentlessly pitching at different pitching markets and forums, till support started trickling in slowly. The film has been supported by several film financing institutions across the world. At many of these forums, we got asked a lot — who is your US/European producer? In a film, the producer has a powerful decision-making role during production and distribution phases. It was important for us that we keep the producing and decision-making rights close to us, so it became doubly hard. Changing the language around Indian filmmakers telling their own stories while retaining key decision-making roles is also a huge part of this Oscar moment. During our pitches, it was evident that the reference for Indian documentaries were not The Cinema Travellers or An Insignificant Man (2016), films directed and produced by Indian filmmakers. It was usually films by Western filmmakers on India told by a hackneyed lens, that are the reference points for Indian documentaries. For us, it was important to push back on this and create a film that accurately reflects our authorial voice and representation.

What will be your distribution strategy in India? Some people are speculating with Patty Quillin on board, there could be a Netflix offer?

Thomas: We are awaiting distribution. We don’t have any offers from streaming platforms, where non-fiction is consumed.
Ghosh: For us, Patty came in at a very critical stage when there was no money, and she could part finance it. I want to clarify that Patty’s work as a producer is independent from what Netflix does. Because she and Reed (Hastings) are married, her identity is being classically reduced to her being the Netflix CEO’s wife. If that were to be true, then Honeyland (2019), where Patty was an executive producer, should be playing on Netflix. It’s also the classic burden of being an independent documentary filmmaker in India, that this cross (distribution/exhibition) is yours to bear.