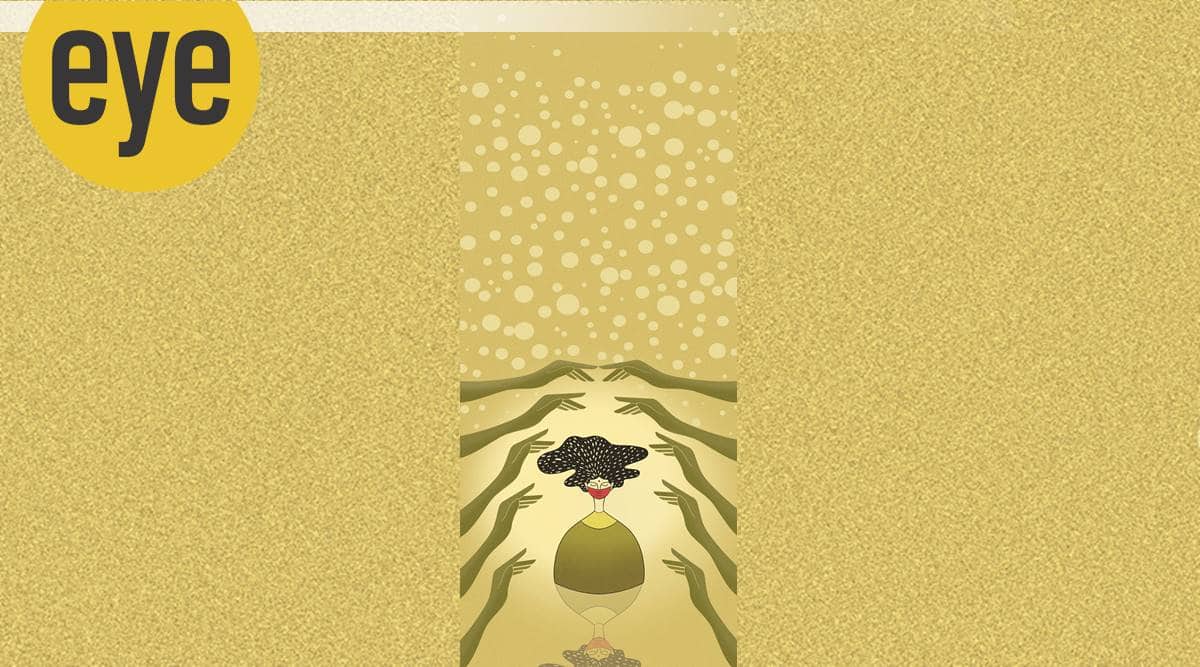 Divya Misra would make around 300 calls every day during the peak of the second wave in search of resources for COVID-19 patients. On a good week, she could help 10-15 people. Most of the time, though, there was chaos. “We were overwhelmed with panic calls as people were searching for resources. It hits you when you hear somebody has died but you move on to the next patient who needs support. It was not the time to be sad,” says Misra. She had decided to volunteer in April because she could not sit back and do nothing.

The 20-year-old student of IIT Delhi is now recuperating at home in Kanpur. The experience of witnessing people lose their parents, siblings, spouses and other loved ones has taken its toll on her. “I wasn’t able to function well in May and June. It has led to productivity guilt. Focussing on studies was hard and my mind would often go numb,” she says. She is currently spending time with her family, playing cards and doing other “normal” things.

As caseloads decrease across the country, volunteers are beginning to confront the scars that the pandemic has left on them. Several are experiencing grief, anger and hopelessness, as well as anxiety, depression and panic attacks. A 38-year-old management graduate from Kashmir (name withheld on request) is processing the deaths of four members of his extended family in April and May while he was working through the night for COVID-19 patients. “We were handling cases where somebody needed oxygen or a ventilator. There were requests for ECMO machines, which only big hospitals in large cities have. My loss was nothing compared to what was happening everywhere else,” he says.

“If you have watched the Harry Potter films, let me tell you that volunteering was like that – meeting dementors (the pandemic) who suck the joy out of you. In the beginning of the second wave, the volume of work was very high and we were only a few people. Slowly, our team grew but we were still working all hours of the day. The kind of information we were receiving in the inbox was very disturbing,” says Kapil Agarwal, 25, a Delhi-based lawyer, who handled cases from across India, especially the districts.

The need to volunteer came as a citizen response to the breakdown in the healthcare ecosystem. In mid-April, India overtook Brazil by registering the second-highest number of COVID cases at 1,35,27,717 and a record 1,68,912 new infections in a single day. By early May, the number of new cases had surged to more than four lakh, according to official statistics. People were dying in their beds and on the streets within days of contracting the disease as there was a shortage of oxygen and other resources that could have kept them alive. Social media was full of SOS messages from families of patients who had no idea where a particular service was available, who would have medicines, which hospital had a ventilator bed or where could they find an empty oxygen cylinder.

What volunteers did was manage the data and get the latest verified update to caregivers, often using personal networks for information. The work spanned from searching for hospital beds, oxygen cylinders, concentrators, BiPAP machines and other essentials of treatment to dealing with black marketeers, visiting patients to set up home ICUs or arranging for them to be airlifted.

Between March and May, the act of donating time and effort to help somebody in need grew into a vast social movement. Small groups mushroomed in almost every corner of India. They came from many walks of life – students, artists, teachers, gender groups, rights activists, expats, techies and corporates. Those who had lost members of their families turned up to help others. NRIs, anxious about the news trickling out of the country, began fundraising drives. Some, like Pandit Narayan Tiwari of Varanasi, in his 60s, had become volunteers simply because they were on the ground. Tiwari worked at the ghats and cremated people for free, often staying up for 35 hours at a stretch. He passed away in May due to COVID.

The majority of volunteers had never handled a national crisis before, were unfamiliar with its physical and emotional demands and had to develop coping mechanisms on the run. It was common for a volunteer to spend hours calling numbers on a database to verify resources and, by the time it was done, the patient would have died. “You are listening to somebody telling you, ‘Thank you for trying but the patient is no more’. When you invest a whole day because this was a critical patient, it gets to you. The maximum a volunteer could do with a laptop and a phone was to help a family understand that a resource was available at a particular place so that they could avail themselves of it. If there was no resource, volunteers could not do anything,” says Shivangi Goenka, 26, a postgraduate in social work from Tata Institute of Social Sciences, Mumbai. Every so often, when an ICU bed was found, the patient would be too poor to afford it. Sometimes volunteers were able to crowdfund the amount, sometimes not.

Those days when a volunteer successfully resolved a case by finding beds or oxygen for a patient, they would still have to move on to the next call for help. If there was little time to mourn, there was even less to celebrate. Several people left after the first week of volunteering or would set aside a few hours every day for it. A large number, however, persisted full-time while balancing their regular work between calls. The pressure was always high. During the peak in April, cases kept coming on social media forums of the volunteer groups by day and night, mostly from families of middle-class and impoverished patients.

The phone calls were usually from an immediate family member. A wife who would say, “My husband needs to be taken to a hospital and there is nobody at home”; a child crying that her mother was ill, her father was in hospital and she was alone; a man in a hospital bed leaving voice messages that he had nobody in the city. COVID-19, an isolating disease, kept near and dear ones apart, denting the picture of the close-knit Indian family. “In joint families, somebody senior used to take up the work of disaster management while the youngsters did the legwork. This cannot happen now because there is a limited number of people in a family and even they are scattered. I have received requests from a son in the US, whose mother had died in Delhi, and from a woman in Canada, whose grandfather in Chandigarh needed oxygen,” says Arvind Gaur of Delhi-based Asmita Theatre, “We provided psychological help to families so that they didn’t lose hope in the face of these challenges.”

Politicians also needed careful handling. Some state governments had streamlined the processes while others played down the severity of COVID. In April, UP police arrested a man, who had tweeted for oxygen for his grandfather, on charges of spreading misinformation. Since then, volunteers working with patients from the state have been wary that a social media post could land them behind bars. “Once, one of our oxygen vans was stopped outside a town in UP because the police felt it could be any gas, even carbon-dioxide, that we are giving to actually kill people and defame the government. I said I would ask the driver to open the cans and light a fire. If it did not burst into flames, they would be right. But, what if it was oxygen? The police let the van go,” says Abhishek Majumdar, 39, of Nalanda Arts Studio, a Bengaluru-based arts organisation.

Then, there were the daily confrontations with India’s extreme poverty through cases like that of a teenager, who had waited on the Agra Expressway for the ambulance that the volunteers were sending for his parents. In the dark, his phone blinked off as the recharge of Rs 500 expired. The ambulance could not find him. The next morning he called to say that his parents had died. In a country where a post-paid connection is a privilege, even volunteering was sadly limited to those who could afford to stay connected.

At present, beds and medicines are available and most volunteers have moved on to regular life. Zoya Khan, 28, a content writer in Ratlam, Madhya Pradesh, was in a group of 30 during the second wave that has now dwindled to only eight. They help anaemia and blood cancer patients get blood, which is difficult to find in the wake of the second wave as even regular donors are wary of stepping into hospitals. “Our family hears our end of the conversation when we are begging people to donate blood and they get depressed. Sometimes, a donor shouts at us. My family says that it is not my duty but we see people in pain and cannot stay away. After two-three months, the pandemic might return and we want to build a solid database to help COVID patients, without ignoring those affected by other diseases. We are setting up a team that will start with the verification of earlier resources,” she says.

Volunteers, who worked with rural patients, are especially nervous of the third wave. The lack of basic medical infrastructure in small towns and villages has been revealed. People also had little awareness about physical distancing and masking. “There is no large-scale crisis in rural areas at present, so the meagre system is able to cope. The authorities have taken a few healthcare initiatives but it is not enough. Even basic testing is difficult in most rural areas. Vaccine slots are being booked by urban people who have better internet connectivity and awareness. I hope we don’t have a third wave because rural India will not be able to handle it,” says Agarwal, who has worked with a community radio that reaches several villages in north India to raise awareness about COVID protocol. The casualties of COVID go beyond the medical. The cost of caring for these patients has been enormous since even people, who have recovered, cannot go back to work immediately or have lost their jobs. India has always had the pandemic of hunger but volunteers working on food relief say, its intensity has grown over the past 18 months. “If you go with 50 ration kits, you will have 200 people turning up because every hungry family will know several other hungry families. Whatever you do, the scale of it is not enough. As a Marxist, I was aware of this reality but what happened during COVID volunteering came with very high fatigue,” says Ramneek Singh, 37, a Bengaluru-based teacher, “It is a tough time but we pull ourselves together and start preparing for another day.”