Families in Food: Warming the Soul 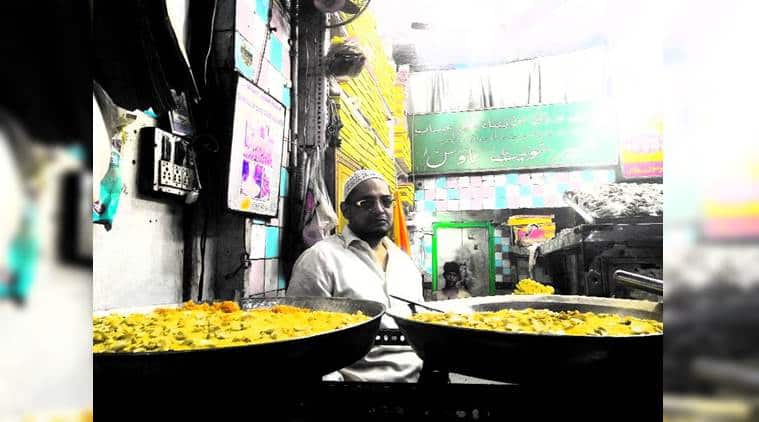 For many years, Ahmad Jaan worked at a sweet shop in Chandni Chowk’s Farash Khana, for a daily wage of Rs 2. Finally, in the 1950s, things fell into place and he bought a space to dole out his own fare of sweets. “He got it for Rs 3,500 then,” his grandson, Haji Zaffaruddin, 56, tell us. He is the third generation proprietor of Ameer Sweet House, housed in Haveli Azam Khan on Chitli Qabar — a street right after Matia Mahal and that writer Arundhati Roy has made famous in her second novel, The Ministry of Utmost Happiness, published last year.

In this part of the Walled City, one cannot rely on the GPS for directions. The shop is located at one of the forks in the lane, but it isn’t difficult to locate thanks to its popularity with the locals. Zaffaruddin says, “Hum pakke Dilliwaale hain. Most of our family lives in Jama Masjid area. Only a few shifted to Pakistan during Partition, but Delhi is home for us.” After Jaan died, it was his son, Haji Ameer Hassan, who followed in his footsteps and made the shop popular.

In 1998, Zaffaruddin started looking over the shop. The look of the shop hasn’t changed much over the years. Wooden tables and stone floors still remain the same. “Back then, khoya sweets were relatively unknown. We used to serve traditional sweets like besan ke ladoo, balushahi, jalebi, imarti, barfi, gulab jamun,” he says. As and when new sweets got added to Delhi’s culinary scene, the shop added them to their menu. That’s how Bengali sweets — and with them, workers from Bengal — became a part of their establishment. They also serve the quintessential Delhi dish of chhola-bhatura. Now, Zaffaruddin’s sons, Zuhaib and Ruzaib Hassan, run the shop.

As one enters the shops, it’s hard to miss the paraats decorated with gajar ka halwa, gond (gum) ka halwa and moong dal ka halwa, which mark the coming of winters. “Why our gajar ka halwa is different is because we add khoya and gajar in equal amounts, unlike others who just sprinkle it on the top,” he says. During Ramzan, the shop has a special menu, with sweets and savouries like khajla and pheni, aloo, palak and pyaaz ke pakore, keema samosa, and meetha samosa which has a filling of coconut and dry fruits.