He is one of the rare composers who is instantly recognisable. He showed that depth can be achieved even with a lightness of touch 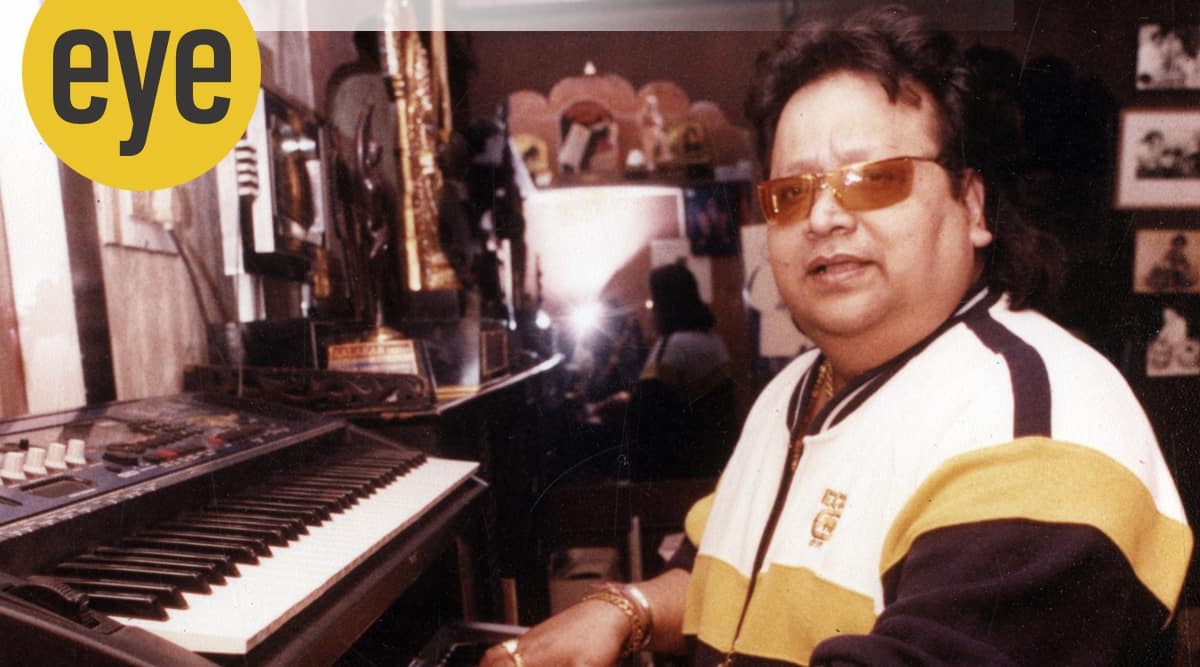 Bappi Lahiri was willing to go the distance, and place at the centre the brisk vitality that disco brings. (Express archive photo)

Bappi Da has left the building. The rockstar, if you will, in style and spirit, leaves behind a void at the heart of Bollywood music. The pensive rumination of Chalte chalte with Kishore Kumar’s immortal voice urging a lover to carry his words through good times and bad. The triumphant declaration by Mithun Chakraborty (sung with inimitable flair by Vijay Benedict), over sashaying keys and a zippy drum groove: I am a disco dancer! A playful back and forth between Lahiri and Anuradha Paudwal, building up to that most unforgettable of non-sequiturs, Tamma tamma loge (Thanedaar, 1990). He could do a lot with great majesty, and it always sounded like he had a blast doing it.

Endless flamboyance and glitz were also one of the most endearing things about Bappi Lahiri. Everything he did was unapologetic, unashamed, joyful. All those gold chains and bracelets, hundreds — maybe thousands — of them (a nod to Elvis Presley, whom he admired). There was the beaming smile and the dazzling shirts. The locks, sometimes wayward, other times caressed into an ’80s mullet. Sunglasses, an all-time fixture.

His signature appearance and carefree, good-humoured joviality, especially in the internet age, kept him in the public eye even when his musical output had reduced. Easy to meme, easy to laugh at and with, Lahiri was a unique, eccentric cult hero of sorts in the sprawling pop-culture landscape of India.

Lahiri took to music early and, after making a breakthrough in Bengali cinema, jumped on to the Bombay/Bollywood bandwagon. He didn’t take long to establish himself as a relevant young voice in film music, with films like Zakhmee and Chalte Chalte, in the mid-’70s, being widely heralded. It was in the mould of the great music directors of the time, with an emphasis on accessible, emotionally expressive melodies set to instrumentation that drew from multiple Indian disciplines and some Western sprinkling on top. However, there was more to come from him. The Disco King had not yet been anointed. 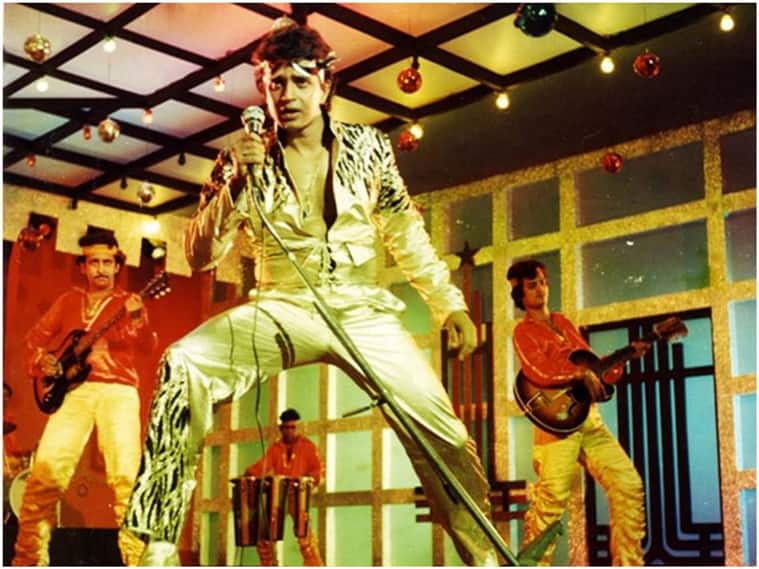 A still from Disco Dancer

With the Chakraborty-starrer Disco Dancer (1982), Lahiri brought disco to the mainstream. I am a disco dancer and Jimmy Jimmy Jimmy aaja are considered the very origin of the sound in Bollywood. While other composers were dabbling with elements of disco, synth-pop, and funk, including RD Burman, Lahiri’s fearlessness led to its breakout. He was willing to go the distance, and place at the centre the brisk vitality that disco brings. In interviews, he spoke of being mesmerised by the high-energy sound on his visits to the US. As disco culture continued to swell in the US, he also cited the Bee Gees’ disco songs on the soundtrack of Saturday Night Fever (1977).

It could well be argued that Lahiri, more than most, is responsible for teaching a generation of Indians that music could just be loads of fun. That depth, soul, feeling could also be delivered with a lightness of touch. While his exact position in the pantheon of Bollywood-music greats may well be the subject of endless debate, what’s undeniable is that Lahiri’s style was his own. Bollywood music, much like any pop music movement, tends to work in cycles and trends. As one style becomes popular and collects hits, it spawns a series of imitations, a tepid dilution of the original’s essence. A copy of a copy of a copy.

ALSO IN PREMIUM |‘There was joy, serenity and absolute security in the music of Lata Mangeshkar’: Sharmila Tagore

Lahiri, though, is one of the rare composers who is instantly recognisable. You hear a song, and you know it’s him. He had that uncommon gift — like, say, a Rahman or Shankar-Ehsaan-Loy and a clutch of others — where he could impose his artistic identity on the music, regardless of choice of singer, tone, or the context it’s placed in. It isn’t just that he was one of the firsts to employ these influences — wavy synths, funk guitars, a booming snare drum, galloping bass lines atop a persistent beat — but he did it in a way to make it entirely his own.

There is, however, an inescapable irony to calling him unique, with multiple accusations of plagiarism against him. Even a song as iconic as Jimmy… borrows its central refrain from the 1980 melody T’es OK by French duo Ottawan. But Bollywood has a long, chequered history of “inspired” music, almost like a rite of passage. Not even the greats of greats were immune to it.

Lahiri, however, took the source material and inserted onto those initial frameworks an irrefutably Indian idiom, an identity that felt “ours”. Lahiri’s disco is a genre entirely his own — a curious blend of upbeat instrumentation and singing that aims for the emotional heft of traditional Bollywood melodies, topped with an additional sense of jubilation. His influence has, perhaps, changed the course of Bollywood music forever, but Lahiri remained a maverick, a musical enigma, till the very end. Across decades, generations, musical eras, for half a century, Bappi Lahiri did his thing. And the world danced.

Akhil Sood is a music and culture writer from New Delhi