Making Magic: Literally “new jaggery,” nolen gur is extracted from date palm. At dusk, men whose nimble limbs would put any acrobat to shame, scale the trees to cleave a thin slice of the trunk. 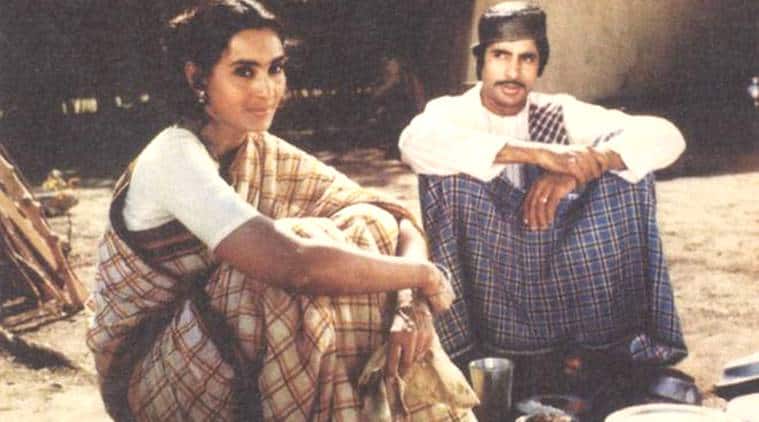 Amongst the less well-known roles enacted by superstar Amitabh Bachchan is that of a village trader in the 1973 film, Saudagar. The film did not make much of an impact at the box office and does not boast of any notable achievement other than being India’s official entry to the Academy Awards that year. But in the late 1980s, it resurfaced on Doordarshan. I remember watching the drama set in rural Bengal more than once. Saudagar struck something of a chord because it was also about a much-loved winter delicacy — nolen gur.

Literally “new jaggery,” nolen gur is extracted from date palm. At dusk, men whose nimble limbs would put any acrobat to shame, scale the trees to cleave a thin slice of the trunk. A terracotta pitcher is positioned strategically for the sap to drip into all night. The light brown liquid is cooked over fire, whose temperature is strictly regulated, till it turns slightly viscous — and becomes amber coloured. Much of it is condensed and solidified into discs of jaggery. But to me the magic lay in what was left behind — the date-palm tree nectar.

Watching the jaggery harvesters ply their trade is a part of my favourite winter vacation memories. The calls of these traders mixed with the smoky, woody fragrance of their wares would rouse us out of our sleep at the crack of dawn. As my grandfather would sometimes say, the advent of the date palm jaggery sellers signalled the onset of winters in Calcutta (now Kolkata). Plying us with kara pak — a somewhat hard sandesh, with the liquid jaggery oozing out of its centre — would be one of his ways to show affection. But to me, the real fun lay in slathering a chapati with the treacle and feeling its nutty textures work their charm on my palate.

Saudagar brought alive these delights some years after my grandfather was no more, and vacations to Calcutta had become infrequent. The film centres around Moti, a jaggery trader (Bachchan), who cannot afford to pay the bride price to marry the woman (Phoolbano, Padma Khanna) he loves. He finds a way out of his predicament by marrying a widow (Majubi, played by Nutan) who is adept at converting the sap into Bengal’s favourite winter elixir. In a year, Moti earns enough to pay the bride price. He divorces Majubi and marries the love of his life. But disaster strikes soon. Try as hard as she can, Phoolbano is no match for Majubi in making nolen gur. The couple is reduced to penury. The film ends with the jaggery trader and his wife pleading with Majubi to come to their rescue.

Two recent incidents took me back to the film I had watched almost 30 years ago. A visit to a Bengali sweet shop in East Delhi had turned into a disappointment because its supplies of nolen-gur kara pak had run out. There aren’t many confectioners who can create the glorious symphony of chhaana (cottage cheese) and gur, the shopkeeper lamented. I did find my favourite winter sweet at another outlet. And also tried to make up my disappointment by lavishing a chapati with nolen gur from the tubes of the molten jaggery that are now sold at the Bengal Emporium at Biswa Bangla in Delhi.

But that was the best I could do under the circumstances. The syrup from the tube did have the glorious amber colour, and the chapati was soul food in its own right. But the tube was packed more than a month ago. There was none of the woody smoky aroma that I associate with winter vacations at my grandfather’s house.

These incidents made me refresh my empathy with the skills of Majubi that Saudagar celebrated. “There is a relationship that you develop with your pots that is built on practice and experience…Pots have souls,” food historian Michael W Twitty writes in The Cooking Gene (2017). His description while excavating the culinary history of African-Americans were also apt for the terracotta nolen gur pitchers: “Pots are like genies. They contain the wisdom of the dead, if you don’t treat them right, you might just watch one run down the road”.

This couldn’t be more be true in the case of craftspeople like Majubi, Moti and Phoolbano — and for nolen gur magicians of my childhood, whose names I will never know.