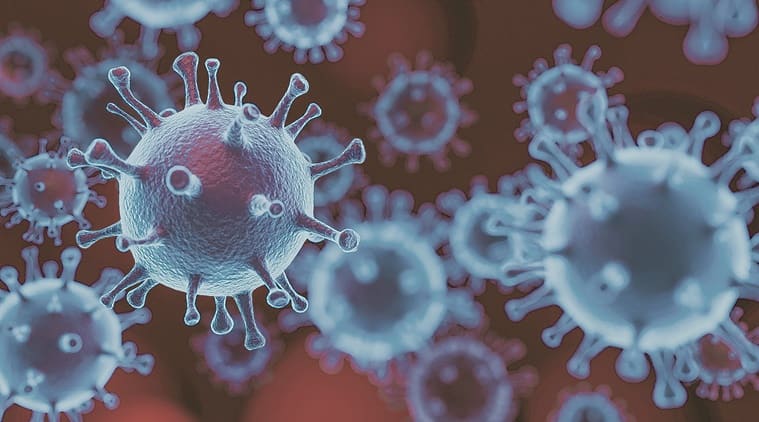 There have been as many plagues as wars in history; yet always plagues and wars take people equally by surprise. (Source: Getty)

My brain has difficulty conceptualising a literal virus. I can imagine a viral puppy video dismantling geographical boundaries. I can imagine a computer virus, infecting those who practise little digital hygiene. And while both of those are also a result of an ever-increasing interconnected world, I can’t seem to wrap my head around exponential growth of daily case numbers, entire nations falling into a dystopian quarantine, or an actual, literal virus.

It’s not the first time humanity was caught off guard. From the Black Death in 1347, (ravaging tens of millions) to the Spanish Flu in 1918 (infecting a third of the world), sudden mixing of populations have changed the course of history with little notice.

“Everybody knows that pestilences have a way of recurring in the world,” Albert Camus writes in The Plague (1947), “yet somehow we find it hard to believe in ones that crash down on our heads from a blue sky. There have been as many plagues as wars in history; yet always plagues and wars take people equally by surprise.”

The indescribable nature of the virus might be best encapsulated by the scientific community’s own confusion. At first, it was considered a poison, based off of its roots in the Latin word. Over the past century, it was then understood to be a life form, a biological chemical, and now, some hybrid between an inanimate and animate entity, according to virus researcher Luis P. Villarreal, professor emeritus at University of California, Irvine, USA.

Why is it so difficult to pigeonhole the concept between biology and chemistry? A virus enters a host cell, sheds its own protein coat, lays out its genes, and makes the cell replicate its DNA or RNA. Researchers have characterised this as a “borrowed life”. Is a borrowed life itself alive?

Many scientists are adamant that a virus cannot be considered alive, considering its reliance on a host cell. But Villarreal disagrees. “This is a lot like asking about Schrodinger’s cat. It is both alive and dead, depending on perspective. Outside of the cell, a virus is a complex chemical that shows no living feature. But it clearly has living potential, just like a seed or spore and can be killed. Inside a cell, a virus becomes a complex entity that is clearly part of life,” he wrote to The Indian Express.

Despite, or perhaps because of, its incomprehensibility, the fictional virus captures public imagination, overshadowing more threatening diseases. Slow-killers like diabetes and cardiovascular disease kill far more people across India and in parts of the world. But those fail any competition for attention or panic. The notion of a plague has consumed popular culture, enshrined by a genre of films conjecturing various outcomes of a global pandemic.

And while fiction relegates a virus from reality, technological metaphors cement their innate nature, obscuring any literal threat. Computer pioneer John Neumann’s thought experiment in 1948 imagined robots, or automata, to be constructed so that they could self-replicate, as long as they have a source of free energy. With the seeds of the “computer virus” sown, a California graduate student put forth a mathematical definition for the “major computer security problem”: “a program that can ‘infect’ other programs by modifying them to include a possibly evolved copy of itself,” he wrote in his 1986 PhD thesis.

By the end of that decade, the public was infatuated with the idea that a small software code could overtake the systems of some of the largest computers spread across the world. The new mimicry also carried a new humility — everything, even our most “advanced” innovations, was much more vulnerable than previously thought. But this humility didn’t transfer to self-reflection. Computers and software code, after all, are not living objects. They remain in a dimension one-removed — a dimension that ironically has also become our only real source of social communication.

In a dissonant fog, the metaphors and the science fiction images are easier to digest, humouring us in delusion. A virus cannot be alive, and, therefore, cannot be an actual threat. Until a virus did, in fact, become alive, crashing down once again on our heads from a slightly blue sky.

Why data has a face and a name in a pandemic